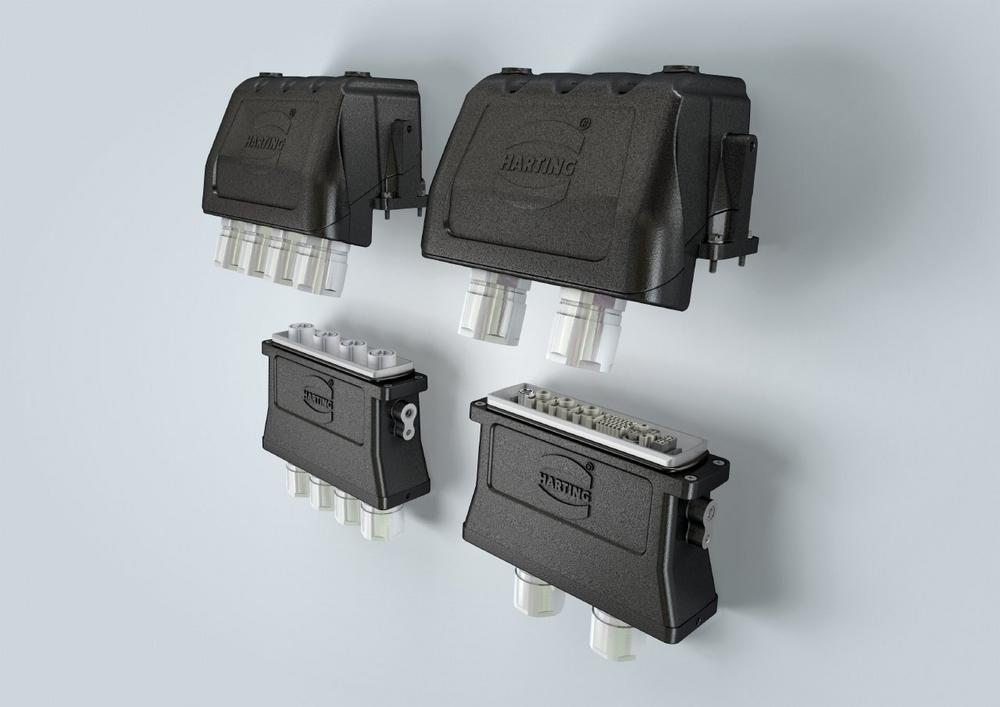 Han® 34 HPR housings and retaining frames are designed in such a way that, for the first time ever, they can now accommodate four 650 A contacts alongside one another in a single interface. This more than doubles current-carrying capacity compared to the next HPR connector size down, saving the customer space. However, the housing dimensions have not increased to the same degree: the housing width only grew by a third compared to the smaller alternative.

12 Han-Modular® individual modules can also be inserted as an alternative to the 650 A high-current contacts. Until now, two housings equipped with 6 Han-Modular® individual modules each had to be used to obtain a comparable power supply. The series offers over a hundred different inserts for the transmission of Power, Signal and Data, enabling countless combination options. Intelligent modules in the smart Han® range complete the offering: the ID module gives rail components an identity that can be called up on networks. In addition, networks can be extended by integrating the new 4-port Ethernet switch US4, using only little space.