Software developer CELUM is expanding its location in Linz 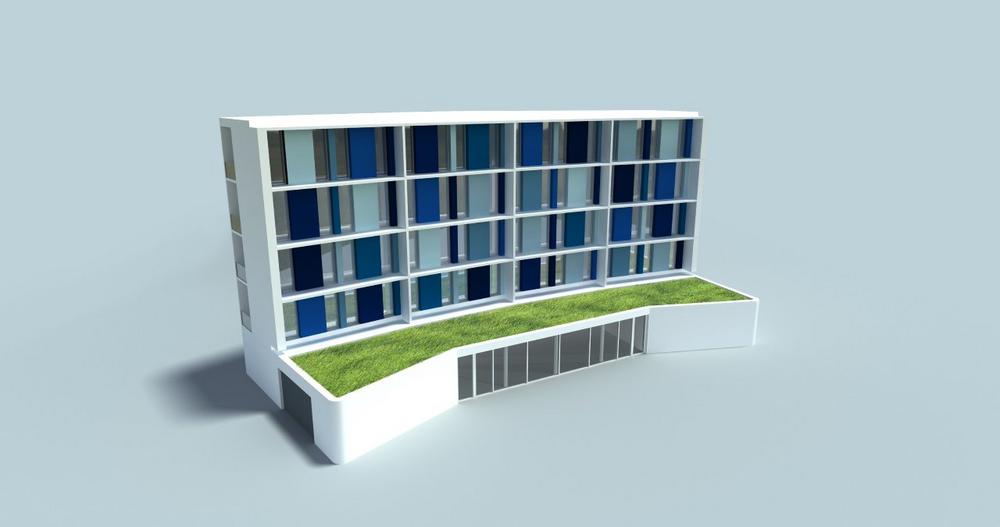 28. August 201725. Juni 2018 Firma celumSoftwarealpine, austria, bauhaus, CELUM, company, energy, incubator, lab, new, office, organic, software, Style, with, yacht
The software company CELUM in Linz is building to meet growth: Today was the groundbreaking for the expansion of the head office at Linzer Südpark. A new building section will be built by autumn 2018. It will accommodate up to 100 new employees. As a result of the expansion, the CELUM campus will grow to a total of 2,300m² of office space for 170 employees. In the future, it will also house start-ups that CELUM has invested in with its unique integrative investment model.

“We are counting on an annual employee addition of around 30 percent. Our product portfolio has also tripled recently. And we are supporting this growth by expanding our headquarter in Linz,” said Michael J. Kräftner, founder and CEO of CELUM. “After completion, we will offer around 170 jobs in Linz alone – at one of the most spectacular office sites in Austria.”

Expansion and opening of the CELUM campus

CELUM is expanding its campus with the new building to become one of the largest software sites in Austria, which will provide space for the extended CELUM Group as well as other companies. The campus boasts training rooms for more than 100 people, a cafeteria with an alpine-hut design, variable office spaces, rest areas, a basketball court, and its own internet-of-things hardware lab. It will also provide space for start-ups that are supported by CELUM’s own corporate incubator celianventures through a special, integrative investment program.

The addition will supplement the first part of the building erected in 2011 by CELUM, internally called “ARK1” because of its yacht-like design. The Viennese architect Franz Schauer is once again responsible for the design. While the existing research and development center ARK1 has the strict lines of the minimal Bauhaus style, ARK2 is an organic, wing-shaped tower aligned to the northwest and equipped with large photovoltaic surfaces. As a result of this low-energy design, minimal cooling and glare protection will be needed in the future. Approximately 3.5 million euro of investments are planned for the new building. Almost 8 million euro were invested in the whole site.

The entire construction process can be followed on the CELUM Blog.

CELUM is a leading global cloud-software manufacturer based in Linz. The company optimizes the entire lifecycle of digital content and the interaction of people in teams with its Content Productivity Platform, whose solutions range from marketing project management to digital asset management to content marketplace powered by Contidio. CELUM customers benefit from a high degree of automation, integration with other systems and the high ease of use of accelerated marketing and communications processes, additional revenue sources, reduced costs and increased productivity. About 800 companies in 35 countries rely on CELUM – among them leading brands such as 3M, CLAAS, Dior, Do & Co, Hochtief, MAN, Shiseido, Silhouette, T-Mobile, Toshiba, Toyota, voestalpine.

CELUM was founded in 1999 in Linz and now employs more than 100 people at locations in Austria, Germany, France, Slovakia and the USA.