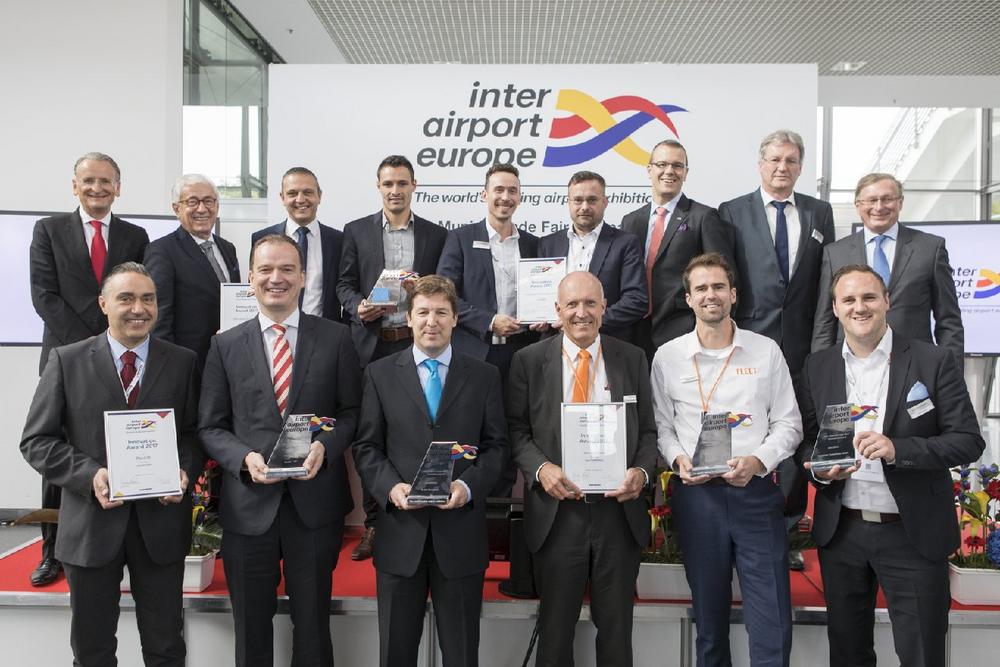 Stephen Brooks gave a brief introduction into the recent topic of the airport industry, the networked airport, followed by a statement regarding the rising passenger numbers in international air transport: “Statistics from IATA show that international passenger traffic rose by 7.9% in the first half of this year, marking a 12-year high. Consequently, numerous airport planning, expansion and modernisation projects are currently under way in all regions of the world”, explained Stephen Brooks.

In his speech, Dr. Michael Kerkloh gave a positive outlook for the future of the aviation industry and highlighted the importance of the interconnected airport: “In the lead-up to the 21st inter airport Europe, there was so much discussion that this year’s event would be dedicated mainly to the future vision of the networked airport. And there is no disputing that digitalisation and automation will be among the decisive forces driving the future development of airports.”

Dieter Heinz who has been participating at inter airport since the first show in Frankfurt, also spoke about the development of the airport industry: “This year’s show will focus on digitalisation, Airport 4.0, and the improvement of procedures, from security checks to ramp operations. Acceptance of these developments will have to be discussed as well as the expectations of a new generation of smart passengers.”

The Award Winners of the inter airport Europe 2017 Innovation Awards

After the opening ceremony, the inter airport Europe Innovation Awards were announced and handed over to the winning companies. For the second time, the award winners were selected via an online voting system on the inter airport Europe show website. Exhibitors submitted their entries in the four exhibition categories interTERMINAL, interDATA, interRAMP and interDESIGN. A fifth prize was awarded in the category interCONNECTED, covering the recent trend in the airport industry, the interconnected airport. More than 50 innovations were posted by exhibiting companies on the show website and the international airport community was invited to vote for their favourite innovation in each of the categories.

A total of 3,313 airport professionals cast their votes and selected the winning companies.
Award winner 2017 for the interTERMINAL category is Vanderlande from the Netherlands. Vanderlande is awarded for their flexible logistics solution FLEET which adapts baggage handling demands overnight. It uses swarm intelligence to prioritise or react quickly to obstacles.

The award in the interDATA category went to topsystem Systemhaus GmbH from Germany. They are awarded for APHIS, their Aviation Personnel Handling and Information System. APHIS supports the creation of staff rosters to assure that employees with the required qualifications are available at the right place and the right time.

Award winner 2017 for the interRAMP category is PaxLift from Italy. PaxLift is awarded for its next generation Ambulift, a new PRM transporter which provides precise control and maximum comfort within a small footprint and single driver operation.

Zodiac Aerospace from France received the award in the category interDESIGN, for SEN Door with mushroom locking system on ULDs. The new SEN door locking system ensures easy, quick and tight door closure without the known disadvantages of Velcro.

The fifth award in the new category interCONNECTED went to Dedienne Aerospace from France. Dedienne Aerospace was awarded for ToolLive, a real-time tracking and predictive analytics service dedicated to aeronautical tools, which generates all data relevant to the maintenance of critical tools through a single connected device. It supports daily tooling management and keeps even large tooling inventories up-to-date.

Stephen Brooks closed the opening and awards ceremony: “I would like to thank the award winners for their participation and their fantastic new products and services. Let me wish all exhibitors at this year’s 21st edition of inter airport Europe a successful and prosperous show and all visitors a rewarding time here at the exhibition.”