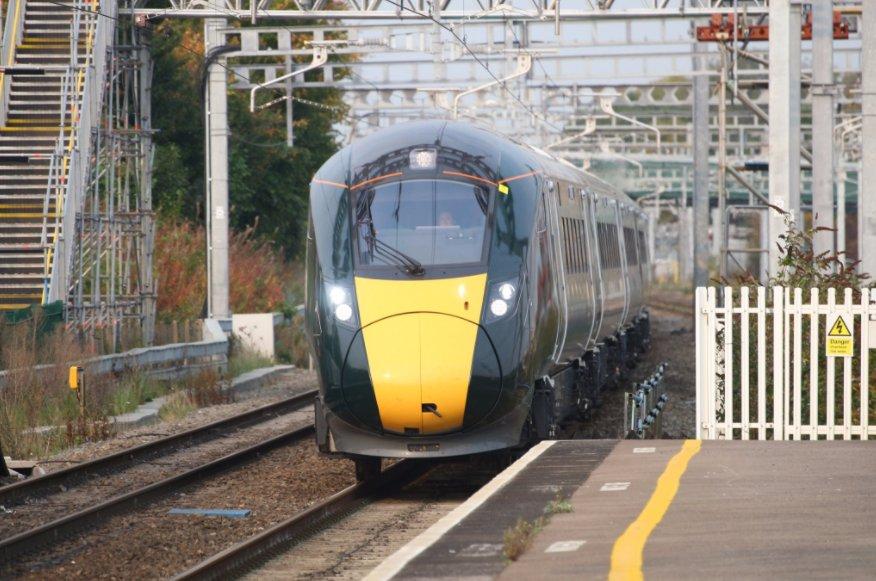 Working closely with Hitachi Rail Europe Knorr-Bremse has developed, supplied and integrated the entire braking system for all the new Hitachi Class 800 series trains. This includes the electronic brake control system, the bogie equipment and the air supply system which uses the innovative and environmental friendly Knorr-Bremse oil-free compressor.

The new Class 800 trains, built by Hitachi Rail Europe at their state of the art manufacturing facility in Newton Aycliffe, County Durham, are designed for intercity service at speeds of up to 200 km/h. The new trains form the core of the Intercity Express Programme (IEP) and are initially replacing the current Intercity 125 fleet on the Great Western Main Line.

The new trains will also replace those currently operating on  long distance routes between London and Bristol, South Wales, and towards the north and south Cotswolds.

Following their initial introduction the new trains will also enter service on the East Coast Main Line during 2018; serving routes to Aberdeen and Edinburgh.

Earlier this year, at a ceremony in London, Knorr-Bremse was honoured by being presented with the Hitachi Rail Best Contribution to Value Generation Award for the supply and support of systems to Hitachi Rail for its global rail project applications.

The Managing Director of Knorr-Bremse Rail UK, Paul Goodhand, commenting on the Class 800 introduction said, “We were delighted when, against storing competition, Hitachi Rail Europe chose Knorr-Bremse Rail UK to deliver a braking system for the Class 800 trains back in 2013. Our engineering team has worked closely with Hitachi Rail UK to deliver optimum braking performance for these stunning new trains. The team and I are now very proud to see the trains in passenger service and operating at speed using the braking system we especially developed for it.”

Knorr-Bremse Rail UK will also support its braking system through the life-cycle of the Class 800s, which is expected to be some 28 years, through its specialist Knorr-Bremse RailServices organisation.

Knorr-Bremse is the leading manufacturer of braking systems and supplier of additional sub-systems for rail and commercial vehicles, with sales totaling approximately EUR 5.5 billion in 2016. In 30 countries, some 25,000 employees develop, manufacture, and service braking, entrance, control, and energy supply systems, HVAC and driver assistance systems, as well as steering systems, and powertrain and transmission control solutions. As a technology leader, through its products the company has been making a decisive contribution to greater safety by road and rail since 1905. Every day, more than one billion people around the world put their trust in systems made by Knorr-Bremse.

To find out more please go to www.knorr-bremse.com