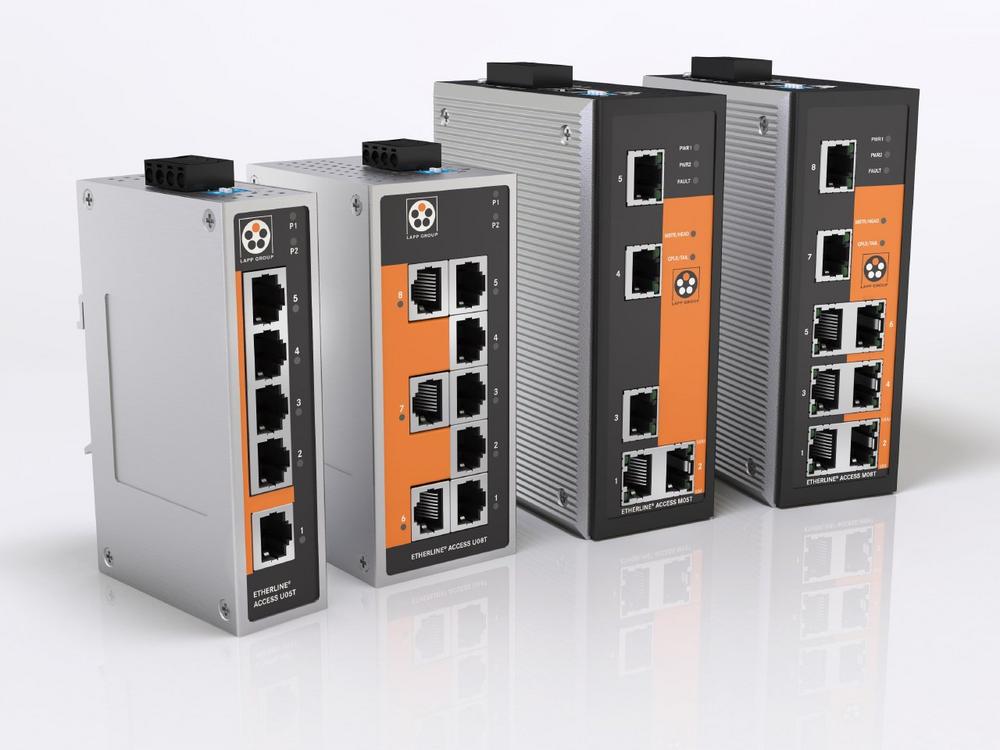 22. November 2017 Firma U.I. LappHardwareapplications, business, cable, etherline, ethernet, lapp, market, network, networks, new, power, source, switch, switches, with
At SPS IPC Drives 2017 in Nuremberg (hall 2, stand 310), Lapp will be debuting its new line of switches for Ethernet networks under the name ETHERLINE® ACCESS. The four models will be of particular interest to demanding industrial users. One important value is the reconfiguration time, which is the period until communication is restored following an interruption. In the case of the new switches from Lapp, this period is only 20 milliseconds with 250 active components in the network. Besides this, the switches are fully equipped with cutting-edge diagnostic and redundancy features.

Switches are a new line of business for Lapp, but this represents an ideal fit for the market leader in integrated cable and connection systems. Why? Only the combination of an industry-calibre switch and industrial brand-name cables such as ETHERLINE® from Lapp guarantees maximum performance in terms of transmission quality and reliability. In addition, the customer does not need to purchase individual components from different suppliers. On the contrary, they can procure a complete communication solution from a single source for the highest demands in industrial applications.

The Lapp switches are available in four variants: “managed”, i.e. with the option of configuration and five or eight RJ45 ports, designated ETHERLINE® ACCESS M05T or M08T respectively. By contrast, the ETHERLINE® ACCESS U05T and U08T switches are “unmanaged”. All four are fan- and maintenance-free and have two redundant connections to ensure a reliable power supply.