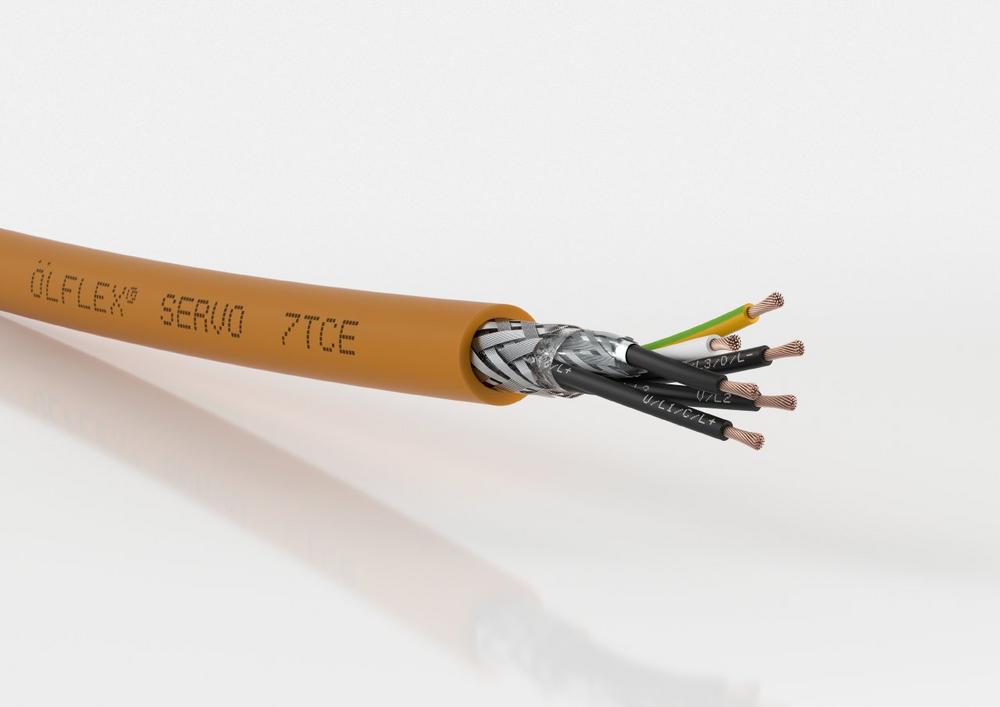 24. November 201724. November 2017 Firma U.I. LappElektrotechnikany, applications, cable, can, capacitance, insulation, its, lapp, light, oil, ölflex, servo, solutions, storage, thin
Servo cables in large factories sometimes have to bridge long distances between drives and control cabinets, without any dip in performance. This is only possible when the servo cable is designed with low capacitance and low attenuation in mind. The two new cables that Lapp will present at the SPS IPC Drives 2017 trade fair in Nuremberg (hall 2, stand 310) are perfect for this challenge.

ÖLFLEX® SERVO 7TCE: This servo cable can be used with servo drives from many leading manufacturers. It complies with UL TC-ER and Flexible Motor Supply, making it suitable for markets in both Europe and North America. This saves both storage space and part numbers. The low-capacitance design is the result of a core insulation made from XLPE. The outer sheath is made from a special thermoplastic elastomer and allows for installation lengths around 40 percent longer than standard solutions. The cable fulfils several requirements for resistance to oil, flames and UV radiation, and also meets the respective North American standards.

ÖLFLEX® SERVO 728 CY: The shielded encoder cable is suitable for most analogue and incremental rotary encoders in servo drives from many leading manufacturers. This cable also features low capacitance and allows large transmission distances thanks to its polypropylene core insulation. The shielded cable is oil resistant and is therefore suitable for many mechanical engineering applications with fixed installation. The Lapp developers put particular emphasis on a thin and light design. As a result, the ÖLFLEX® SERVO 728 CY is around 10 percent thinner than comparable cables.  This is a major advantage in cramped control cabinets.