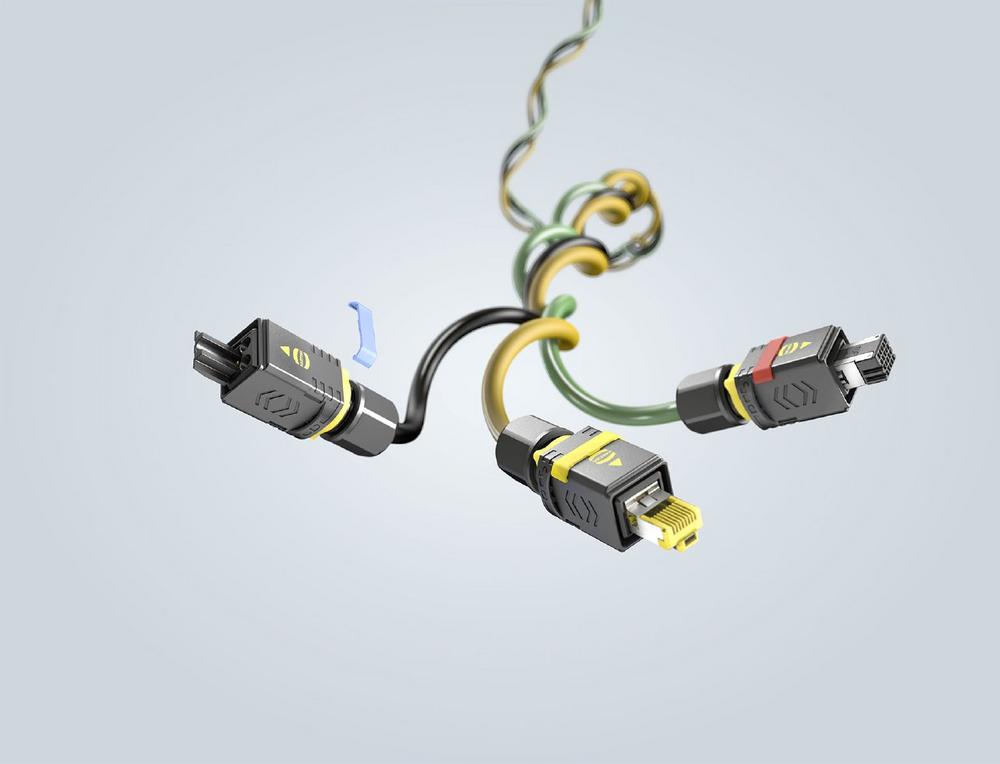 Chief Executive Officer Philip Harting reported a strong 2016/17 financial year (as at 30 September). "We achieved double-digit percentage growth. We received impetus from all regions and from all markets, but especially from the mechanical engineering, automation and robotics segments," Harting stated at the SPS press reception. Further details will be provided by the Technology Group at its annual press conference on 8 December 2017 in Espelkamp.

"Our products and solutions for high-performance connectivity and IIoT are being well-received by our customers," Harting continued. To keep it that way, the technology group will use its trade show stand (Hall 10 / Stand 140) to present a wealth of new products for advanced and high-performance connectivity for the transmission of "Data, Signals and Power" from its Han® (“Rectangular Connectors”), PushPull ("Circular Connectors”) and MICA® ("Edge Computing") ranges. New features include e.g. the overvoltage protection module from the Han-Modular® series and its powerful, rectangular current sensors.

Han® is the industrial connector. As the inventor of the rectangular connector, HARTING is a benchmark for numerous industries. This is underscored by the technology group via its "Pushing Han®" market offensive. HARTING offers its customers a broad Han® product portfolio: the Han-Modular® is the connector foundation of Integrated Industry.

The new overvoltage protection module from the Han-Modular® series brings surge protection into the connector, making integration much easier. Installation is quick and easy. As a rule, the module is already part of the basic configuration of the connectors used.

The Han® range not only offers new products, but has also expanded its services. The innovative Han® Configurator enables customers to quickly and easily find the optimum interface for their requirements. The Configurator includes a selection of the complete portfolio of Han® connectors. This tool saves the customer time and costs incurred in connection with interface design. At the click of a mouse, the customer obtains complete documentation, including a 3D model of the configuration. The Configurator will be available in the e-Catalog of the HARTING Technology Group beginning this December.

Use of current sensors in predictive maintenance

Current sensors are playing an increasingly important role in predictive maintenance for plants and systems. The new HARTING current sensors from the HCME series are ideally suited for this task and can, above all, be used in areas with extreme temperatures.

HARTING has recognised the importance of sensors and has responded by expanding the capabilities of the MICA® Edge Computing System. Working together with Arrow Electronics, MICA Wireless Sensor Networks has now been developed to integrate wireless sensors. MICA Wireless Sensor Networks will be presented for the first time at the trade show. In addition, HARTING is presenting applications with the MICA® for IIoT and Industry 4.0 in cooperation with system partners.

"One click – and the secure connection is there," says Ralf Klein, Managing Director of HARTING Electronics, explaining the benefits of PushPull connectors. In addition to well-known representatives of the PushPull connectors from variants V4 and V14, there will be new circular connectors in M12 format which feature the same functionality. These innovative circular connectors, which were originally plug-in connectors with screw locking, have been used successfully by HARTING in the transportation sector for two years as a PushPull variant. Like the V4 and V14, the M12 PushPull is plugged in within seconds. "This is the decisive advantage for our customers, and the focal point of our continuing market and development work."

Machines, systems and robots can be reconfigured in seconds. The connector is simply grasped and pulled…and the connection is now disconnected again. The locking mechanism is fast, safe, and saves money.

HARTING Technology Group is one of the world’s leading providers of industrial connection technology for the three lifelines of "Data", "Signal" and "Power" and has 13 production plants and branches in 43 countries. In addition, the company also produces retail checkout systems, electromagnetic actuators for automotive and industrial series use, charging technology and cabling for electric vehicles, as well as hardware and software for customers and applications in automation technology, robotics and transportation engineering. In the 2015/16 business year, some 4300 employees generated sales of EUR 586 million.