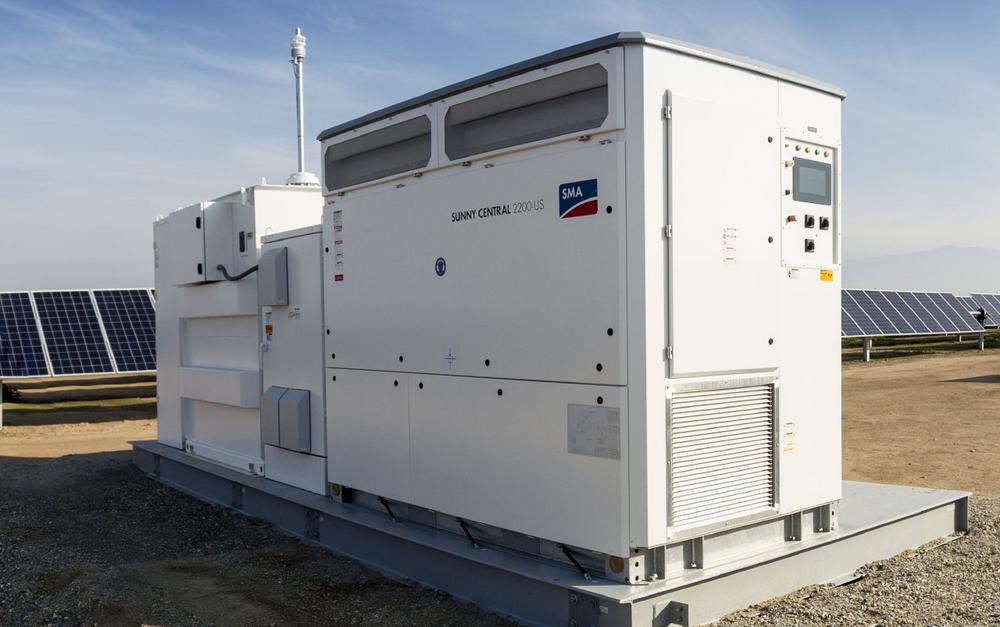 16. Januar 201816. Januar 2018 Firma SMA Solar TechnologyOptische Technologien
While the new year is just beginning, SMA has already crossed a major milestone as it reached 10 GW of installed Sunny Central inverters in North America. This translates to approximately 10,000 inverters powering commercial and utility plants across the region, which can produce enough energy to electrify more than 2 million homes.

“With 10 GW of installed Sunny Central inverters, SMA has reached an overall market share of approximately 25 percent in the North American utility market. This is a huge success. We are grateful to our established partners and customers who have helped us reach this milestone,” said SMA CEO Pierre-Pascal Urbon. “We are optimistic for 2018. SMA’s innovative new 5.5 MW system is already attracting significant industry attention and being very well-received by major customers for upcoming utility applications across North America. With this turnkey solution, the SMA America sales team has already secured a healthy order backlog with both new and existing customers.”

Most recently, SMA has seen great success with the introduction of its Sunny Central 2750 EV-US inverter, which completes SMA’s full range of field-proven central inverters with outputs ranging from 500 to 2,750 kVA. The company’s 5.5 MW turnkey solutions are available in a variety of configurations and comprise two powerful and compact central inverters, a medium voltage transformer and switchgear, thus considerably lowering transport, installation and operating costs.

Additionally, SMA’s portfolio of Sunny Central Storage inverters, which is compatible with different types of battery technology, will provide comprehensive grid management services and allow for integration of renewable energy into the grid while ensuring maximum grid stability.