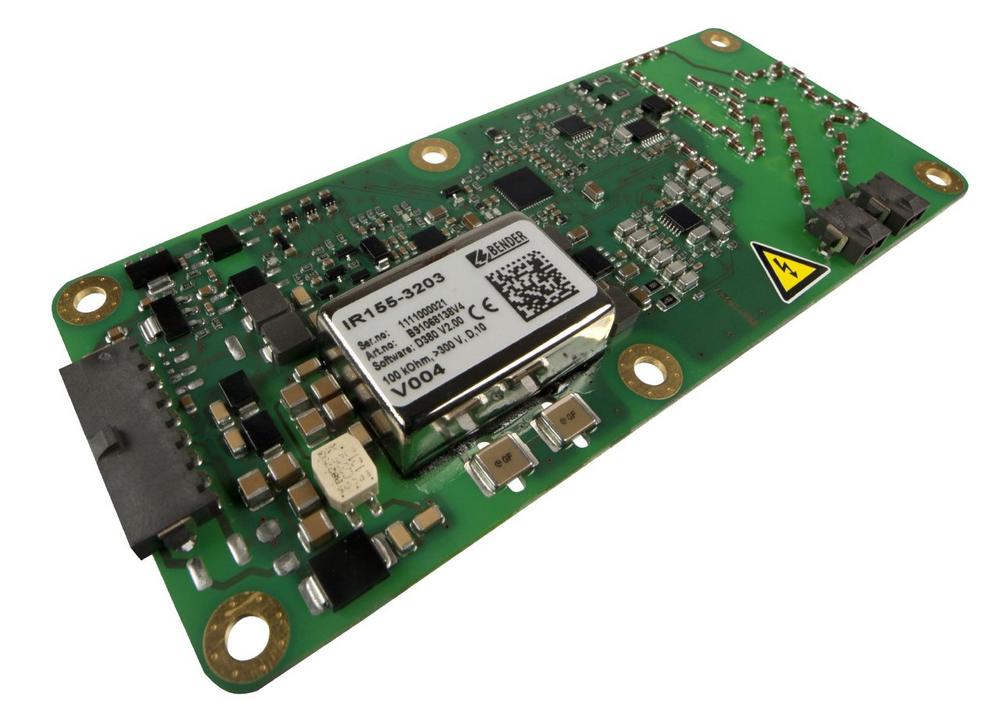 23. Januar 201818. Mai 2020 Firma BenderElektrotechnikInsulation fault, Insulation monitoring device, Isometer, Power supply System
Electrical safety in the electric vehicle is of key importance in the use of electric vehicles. As in all areas of everyday life, protecting people from the hazards caused by electrical current is top priority here too. In the vehicle, there are various voltages which require careful coordination of protective measures to control them.

The power supply system in the electric vehicle, the so-called "Voltage class B on-board network" can be seen as an isolated power supply system while the vehicle is running.One of the major challenges lies in detecting and eliminating insulation faults at an early stage. Causes for insulation faults can be: contamination, salt, humidity, faulty connectors, mechanical influences etc.

The ISOMETER® IR155-3203/IR155-3204 offers an optimal solution for application in electric vehicles: it requires only a small space, has optimised measurement technology and it weighs only 50 g.

The device monitors the insulation resistance between the insulated, active HV conductors of an electric drive system (Un = DC 0…1000 V) and reference earth (vehicle earth terminal 31). The patented measurement method is used to monitor the condition of the insulation on the DC side and the AC side of an electric drive system reliably. Any existing or imminent insulation faults are reported reliably, even if there are high levels of interference that can be caused by motor control processes (e.g. acceleration and load alterations).

Das IR155-3203/IR155-3204 meets the increased requirements with regard to the environmental conditions in the automotive industry, e.g. temperatures (-45…125°C), withstands extreme shocks and meets the stringent requirements concerning electromagnetic compatibility and high voltage strength. In addition, the device has received the e1 type approval from the German federal office for motor vehicles (Kraftfahrbundesamt).

The fault messages (insulation fault in the high voltage system, connection and device faults of the insulation monitoring device) are available at the galvanically isolated interface. The interface features one status output and one measured value output. The status output indicates faults and the "GO status" of the system. The measured value output indicates the present insulation resistance. It is also possible to differentiate between fault messages and device statuses, since these are coded into the fundamental frequency.