Christmas season 2017: overview of the most important payment trends and figures 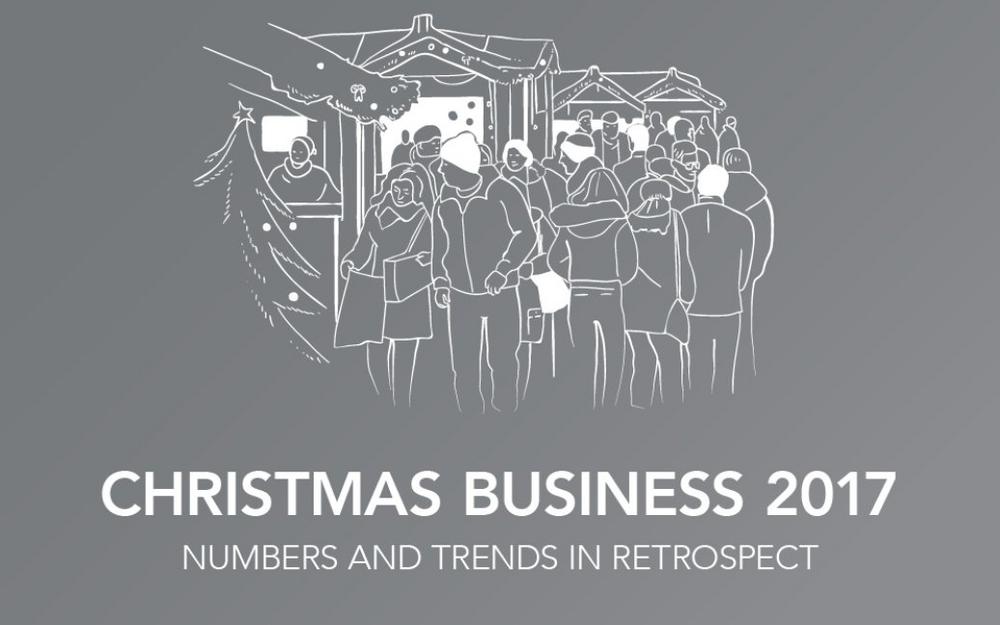 The payment trends of recent years are accelerating: credit card payments are rapidly increasing and contactless payment amongst Concardis customers is at an all-time high. This is evident in the analysis of the 2017 Christmas season.

In December 2017, at the ten Concardis retail customers with the highest sales, credit card payments increased by 13 per cent compared to the same month in the previous year. It is noteworthy that credit cards are increasingly being used to make payments for even small amounts. Contactless payments made using a credit card are also on the rise: during the Christmas season, the ten Concardis customers with the greatest proportion of contactless payments recorded an increase of 150 per cent compared to December 2016.

The most important figures of the 2017 Christmas season compared to the previous year:

‘The 2017 Christmas season clearly shows that, in Germany, consumers are more frequently using a card to pay for their purchases. Above all, they want to pay quickly and easily. Having to make your way to a cash machine is increasingly considered as annoying. Our numbers and observations show that this development will gain further momentum. Since the topic of contactless and mobile payments is on everyone’s lips, many want to try it. Anyone who has done it once, will not want to stop using it,’ says Marcus W. Mosen, CEO of Concardis.

Most mobile payment procedures, such as Apple Pay and Google Pay, are based on near-field communication (NFC) technology, which is also used for contactless payments made by card. For retailers, this makes accepting payments via mobile wallet quite simple: they only need an NFC-compatible terminal in addition to an acceptance agreement. All current Concardis terminals are equipped with this technology as standard. The customer simply holds their NFC-enabled credit or debit card, or their smartphone, near the terminal to initiate the transaction – and for amounts up to 25 euros, they do not even need to sign or enter their PIN.

Concardis is the leading full-service payment provider in German-speaking Europe. Concardis acts as a consultant and point of contact for some 116,000 customers with more than 470,000 connected terminals and is active in 118 countries. The company ensures seamless processes at the point of sale with its fast and convenient payment processes. With innovative solutions in e-commerce and m-commerce as well as for bricks-and-mortar shops, Concardis helps its customers realise sales across all channels and beyond national borders, thereby allowing them to profit from growing international retail. The payment service provider constantly works to increase added value for merchants and consumers when it comes to payment through the expansion of its services and the integration of complementary products and services. Thanks to its many years of experience, its close bonds to retail and in-depth knowledge of the payment market, Concardis is a sought-after partner and trailblazer for new payment products.