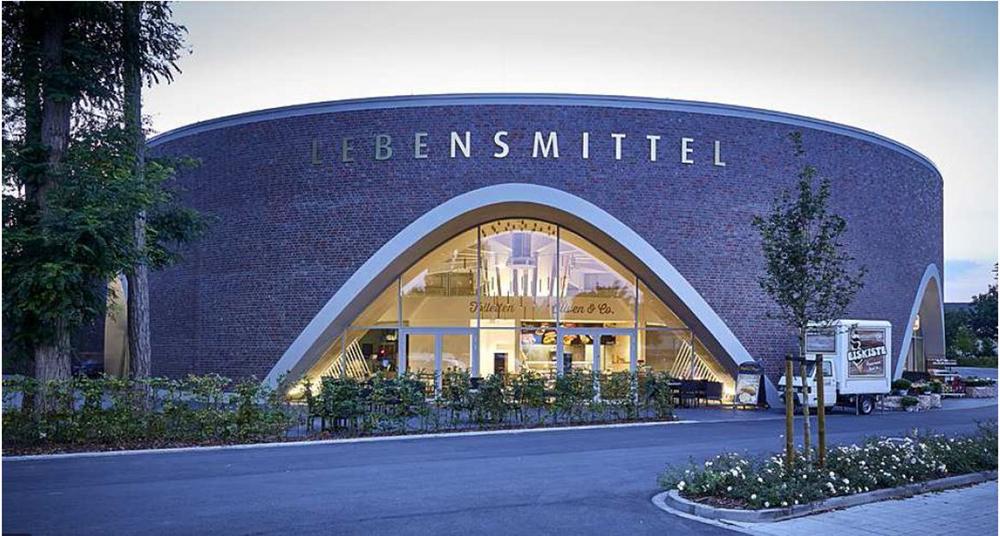 21. Februar 201821. Februar 2018 Firma SMA Solar TechnologyOptische Technologienampirma, backup, charging, coneva, danfoss, energy, refrigeration, securities, security, sma, solar, statements, storage, wind, with
Supermarkets will become a major pillar of the energy transition. Through an intelligent energy management, they will not only be able to substantially save on energy costs, but also delivering flexibility that allows us to integrate more renewable energy into the energy grid. Danfoss A/S and SMA Solar Technology AG (SMA) will demonstrate this in a pilot project in an aktiv&irma supermarket in Oldenburg.

Wind and solar energy are available only at specific times of the day or year. Grid support services such as energy storage are needed to balance out the fluctuating supply of a more and more renewable energy based system. And supermarkets can be excellent providers of these becoming so-called prosumers by producing their own solar energy, incorporating an intelligent energy management and using the huge untapped excess capacity of their refrigeration systems. Every refrigeration system in your local supermarket has something like a small power station – the compressor – which is commissioned to match an average of the hottest and coldest day in a given period. This is mandatory to comply with food security standards. The potential unused capacity can then be used as thermal energy storage.

“The unused compressor capacity can be turned into an opportunity for supermarket owners and the community’s energy system. Looking at the big picture, Danfoss has the technology to unlock this capacity to integrate supermarkets into the energy system. In that way, supermarkets do not only provide green energy, they can also reduce the carbon footprint of the store and enable it to reduce operating expenses. A win-win for climate and business,” says Jürgen Fischer, President of Danfoss Cooling.

“The integration into the energy system will be controlled by combining SMA’s energy management platform ennexOS with the Danfoss smart supermarket solutions, enabling the store to optimize its energy use according to factors such as energy price fluctuations, external temperature, and grid demand,” explains Jochen Schneider, general manager of SMA subsidiary coneva GmbH, which is focused on suppling energy services and solutions such as energy monitoring, efficiency and management.

“SMA and Danfoss provide the solutions, that represent a leap forward in the food retail industry and maybe energy supply as such. For sure, it is one of the first examples of a supermarket’s potential in the quickly moving energy transition. Surplus energy will be made available through two highly modern car charging stations, so that customers can charge their electric vehicles while they shop green goods,” says Marco Frerichs, managing director and owner of aktiv&irma.

In addition to the energy-efficient building design, there are several key improvements planned for the Oldenburg (Kreyenbrück) aktiv&irma store to transform it into the supermarket of tomorrow, today. A solar system with SMA system technology will supply renewable energy at an attractive price per kilowatt hour, which is much more cost-effective when compared to conventional power. The energy storage will be supported by a lithium-ion battery system with SMA storage technology, which will be used for peak-shaving and increase self-consumption up to 100%. It will also provide backup power for the cooling system in case of power shortages in the grid. Heart of the new system will be SMA’s Data Manager that connects Danfoss’ management system for buildings and the refrigeration system, all energy assets, storage and charging infrastructure, and acts as gateway to the energy system.

Danfoss engineers technologies that enable the world of tomorrow to do more with less. We meet the growing need for infrastructure, food supply, energy efficiency and climate-friendly solutions. Our products and services are used in areas such as refrigeration, air conditioning, heating, motor control and mobile machinery. We are also active in the field of renewable energy as well as district heating infrastructure for cities and urban communities. Our innovative engineering dates back to 1933 and today Danfoss is a world-leader, employing more than 26,000 employees and serving customers in more than 100 countries. We are still privately held by the founding family. More information on www.danfoss.com.