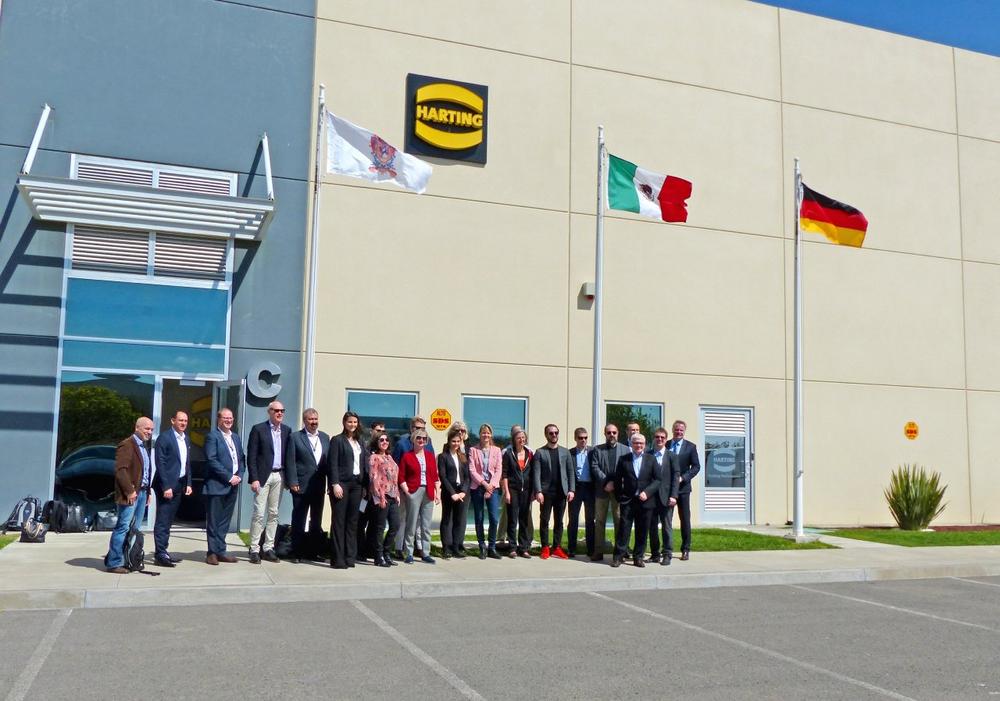 21. Februar 201829. November 2018 firma harting stiftung & co.Firmenintern??airport, customers, financial, hannover, harting, ibm, leon, market, messe, microsoft, new, production, silao, watson, with
The HARTING Technology Group intends to further expand its market position in North and Central America over the coming years. The comments were made by Jon DeSouza, President and CEO of HARTING Americas, in front of a group of journalists in Silao. Since 2016, HARTING has been producing overmolded cables and wiring harnesses in its own factory in the industrial city of Silao in the state of Guanajuato, and has a presence in the country’s capital via a sales company. Mexico will be the 2018 partner country of HANNOVER MESSE (April 23 to 27, 2018).

"Mexico is crucial in our growth strategy," DeSouza says. He said the decisive factors for the move to Central America were proximity to customers and the fact that well-known automobile manufacturers and suppliers had recently opened their own production facilities in Mexico. HARTING’s world-renowned quality is produced in Silao. The company’s manufacturing facility in Silao Industrial Park is just one kilometre away from Leon International Airport. This enables HARTING to ensure fast delivery to its customers from its own warehouse. In addition, the capital Mexico City is only 250 km away. There are currently about 50 employees working in the HARTING plant in Silao. An increase to 200 employees is planned for the near future.

HARTING has been present on the American continent for more than three decades. The company opened a plant and distribution company in 1986 in Elgin, Illinois, near Chicago. Today 150 emloyees supply more than 7,000 customers. Other sales organizations are located in Montreal, Canada and in Sao Paulo, Brazil. As a member of the Massachusetts Institute of Technology (MIT), the Industrial Internet Consortium (IIC), and partnerships with e.g. IBM Watson and Microsoft, HARTING is involved in the development of new technologies in the USA through to market maturity.

HARTING Technology Group is one of the world’s leading providers of industrial connection technology for the three lifelines of Data, Signal and Power and has 13 production plants and branches in 43 countries. In addition, the company also produces retail checkout systems, electromagnetic actuators for automotive and industrial series use, charging technology and cabling for electric vehicles, as well as hardware and software for customers and applications in automation technology, robotics and transportation engineering. In the 2016/17 business year, some 4600 employees generated sales of EUR 672 million.