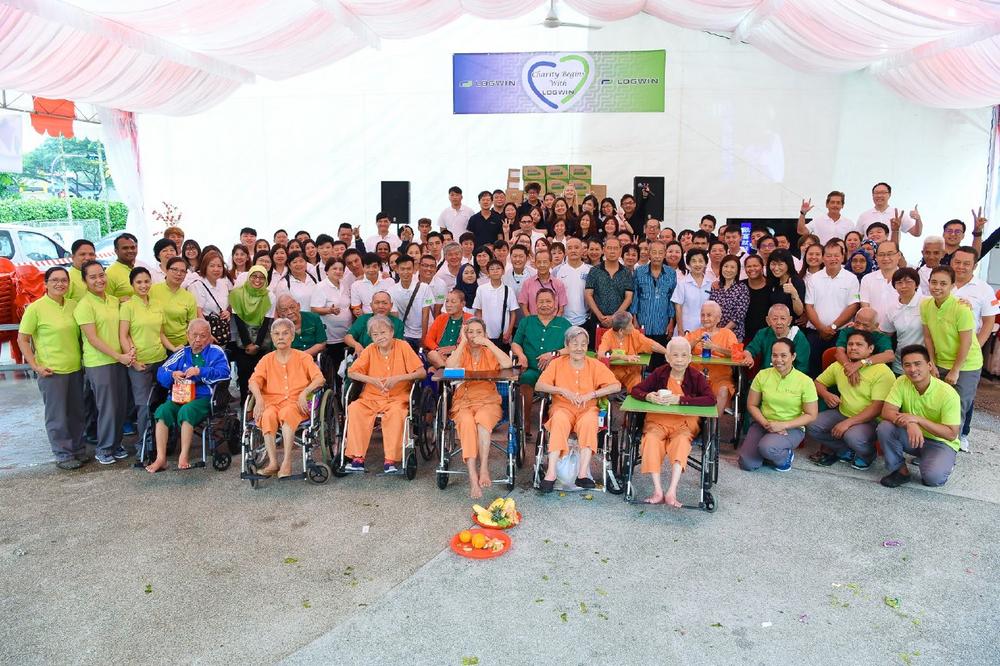 28. März 201828. März 2018 Firma LogwinLogistikbingo, company, games, half, home, lion, logistics, logwin, mobile, new, operating, singapore, social, tea, with
An event organized by personnel from Logwin in Singapore is a perfect example of corporate social responsibility in action. The globally operating logistics company is represented in the city in South-East Asia by a branch and around 100 employees.

For many years it was common practice for employees based at the Singapore site to be invited by management to an annual dinner or on an attractive excursion. The company would express its gratitude in this way for the dedication and collective success of its personnel. Despite the popularity of this tradition, the Logwin employees decided to go down a new route in 2018. As a joint incentive, a charity event was instead staged in a retirement and care home in Singapore. The Lee Ah Mooi Home accommodates around 100 elderly people. More than half of them are bed-ridden, while 40 percent are wheelchair users and just under 10 percent of the residents are still mobile to some extent. The home’s oldest resident is a lady who has reached the ripe old age of 105.

With a great deal of fantasy and enthusiasm, an organizing team from Logwin planned a varied daytime program for the home’s occupants. In addition to personally meeting the elderly residents, games and entertainment were also at the forefront: Playing bingo was just as much a part of the program as a karaoke session and countless live cultural presentations, including the performance of a traditional lion dance. There was also no lack of gifts on the day, with presents in the form of the traditional red parcels and envelopes that are commonplace during Chinese New Year celebrations, for example. The representatives from Logwin handed these, along with mandarins and goody bags, over to the residents and nurses at the home. In addition to the personal gifts, Logwin also donated medicines and food to the care home.

It was important for the organizers of the event to give every participant sufficient space for dialog and personal interaction. After being dividing up into small groups, the guests were greeted by the seniors and then introduced themselves. They listened attentively to the home’s residents as they told stories about their lives. All those involved came even closer together during lunch and the tea break as the Logwin personnel served the older ladies and gentlemen. The smiling faces at the end of the day made it clear: all the effort has been worth it.

The day that the personnel of Logwin Singapore spent at the Lee Ah Mooi Old Age Home was a moving and unforgettable one. What they saw, heard and experienced there will remain long in their memories and perhaps even change their lives a little.

Logwin AG (Grevenmacher, Luxembourg) provides efficient logistics and transport solutions for its customers from industry and trade. In 2017, the group generated a turnover of EUR 1.1bn and currently employs around 4,200 staff. Logwin operates in all main markets worldwide and has around 190 locations on six continents. With its two business segments Solutions and Air + Ocean, Logwin AG is one of the leaders in the market.

In March 2018, Logwin AG published its first corporate social responsibility report. The report can be found on the company website and sets out Logwin’s approach in respect of ecological, social, ethical and economic sustainability.

Logwin AG is listed in the Prime Standard of the Deutsche Börse. The majority shareholder is DELTON AG, Bad Homburg (Germany).