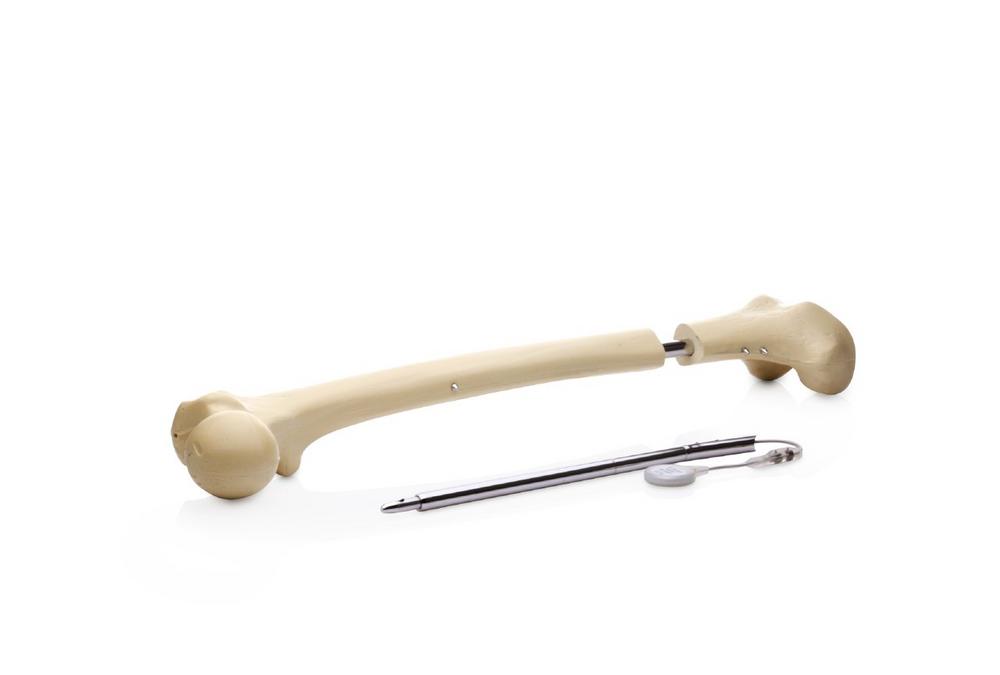 The EPOS (European Pediatric Orthopedic Society) Annual Meeting was held this year in Oslo. Presentations on a variety of pediatric orthopedics topics and various parallel symposiums were attended by a total of round about 700 people. The options which are available for correcting extremities and treating bone defects using active implants were discussed at length. FITBONE® systems are not simply a successful method for extremity correction and lengthening; they also enable unique solutions for segment transport where the indications are more complicated indications, as two very interesting lectures at this year’s Annual Meeting clearly showed.

Custom-made versions of the FITBONE® systems

Professors Rainer Baumgart (ZEM Germany, Munich) and Franck Accadbled (Hôpital des Enfants, Toulouse University Hospital) spoke about patients who have benefited from successful treatment with FITBONE® systems following osteosarcoma or Ewing sarcoma resections. In the majority of the instances described, special custom-made versions of the FITBONE® system were used, in some cases combined with BioXpand® tumor endoprostheses (implantcast GmbH, Buxtehude, Germany). The average bone deformation of Professor Accadbled’s patients was 15.5 cm (from 8 to 24 cm). Besides treating defects as large as 20 cm, Professor Baumgart has also undertaken extensions of up to 14 cm with BioXpand in order to compensate growth-related leg length discrepancies ensuing from tumor resections. Both authors reported very good clinical and radiological outcomes. They each cited the technical reliability of the systems which were used and the avoidance of infections due to the treatment with fully implantable intramedullary nails as the biggest advantages.

Furthermore, the mostly young patients are able to perform the distraction or bone transport process themselves conveniently and in a controlled way, typically at a rate of 1 mm per day, using the handy, lightweight FITBONE® control set. This smart treatment concept establishes a significant degree of personal freedom for the patients concerned and is a positive psychological effect which additionally assists the healing process.

Very good outcomes and high reliability, even with difficult indications

Accadbled and Baumgart also provided answers to numerous questions from interested industry professionals in a series of “Meet the Expert” sessions. It was plain that treating young patients with such complex indications is likely to confront the attending physician with daunting challenges in many respects. It is therefore all the more important to have access to reliable treatment methods plus a wide range of products based on a mature technology platform. All in all, the versatile solutions featuring the FITBONE® systems and the professional exchange of ideas and experiences met with wholehearted approval.

WITTENSTEIN intens GmbH
Intelligent implants based on miniaturized drive technology are the main focus of WITTENSTEIN intens’ activities. To take just one example: FITBONE® is the world’s only motorized, controllable and fully implantable intramedullary distraction nail for lengthening human limbs. It is used to compensate leg length discrepancies and carry out axial and torsional corrections. This mechatronic system facilitates an economical treatment concept characterized by a high level of patient comfort as well as short hospitalization and therapy periods. WITTENSTEIN intens GmbH is one of six Business Units of WITTENSTEIN SE.

WITTENSTEIN SE – one with the future
With around 2500 employees worldwide and sales of approximately €385* million in 2017/18 (*provisional figure), WITTENSTEIN SE enjoys an impeccable reputation for innovation, precision and excellence in the field of mechatronic drive technology – not just in Germany but internationally. The group comprises six pacesetting Business Units with separate subsidiaries for servo gearboxes, servo actuator systems, medical technology, miniature servo units, innovative gearing technology, rotary and linear actuator systems, nano technology and electronic and software components for drive technologies. Through its 60 or so subsidiaries and agents in approximately 40 countries, WITTENSTEIN SE (www.wittenstein.de) is additionally represented in all the world’s major technology and sales markets.