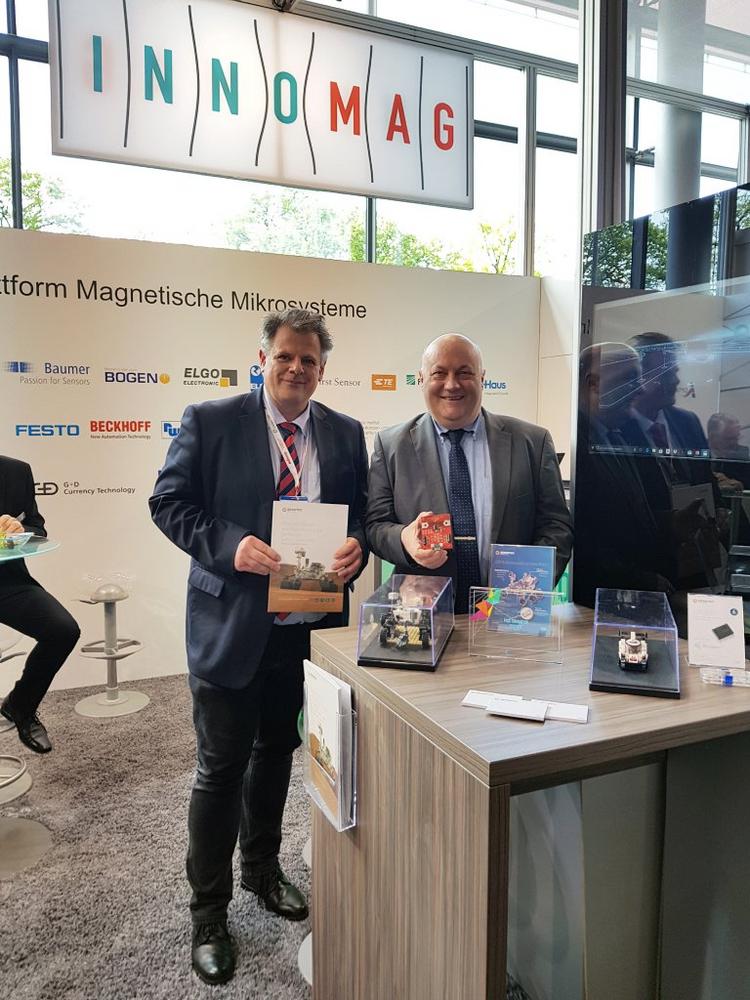 24. April 201826. Mai 2020 Firma SensitecEventscompanies, day, energy, european, fair, friday??, hall, industrial, innomag, lahnau, magnetic, microsystems, platform, til, with
The first day at the Hanover Fair started with a visit by Stephan Grüger, Member of the Hessian Landtag. As delegate of his election district in Lahn-Dill and as spokesman of the foreign-trade policy of the SPD fraction in the Landtag Grüger wants to know more about the exhibiting companies based in the Lahn-Dill district. Dr. Rolf Slatter (CEO, on the right) informed him about current developments and products presented by Sensitec at Germany’s most important industrial fair in Hanover which will be open for the public til Friday, 27th April 2018.

Stephan Grüger belongs to the Hessian Landtag since 18th January 2014. He is member of the commission for economy, energy, transport and state developoment, he is part of the European Commission and spokesman on energy politics of the SPD Landtag fraction. He already knows Sensitec from a former visit in Lahnau together with minister of state,  Tarek Al-Wazir in 2016.

Sensitec is exhibitor in Hanover in hall 9, booth H22 and shares the stand with INNOMAG, the Innovation Platform Magnetic Microsystems e.V., as Slatter is chairman of INNOMAG.