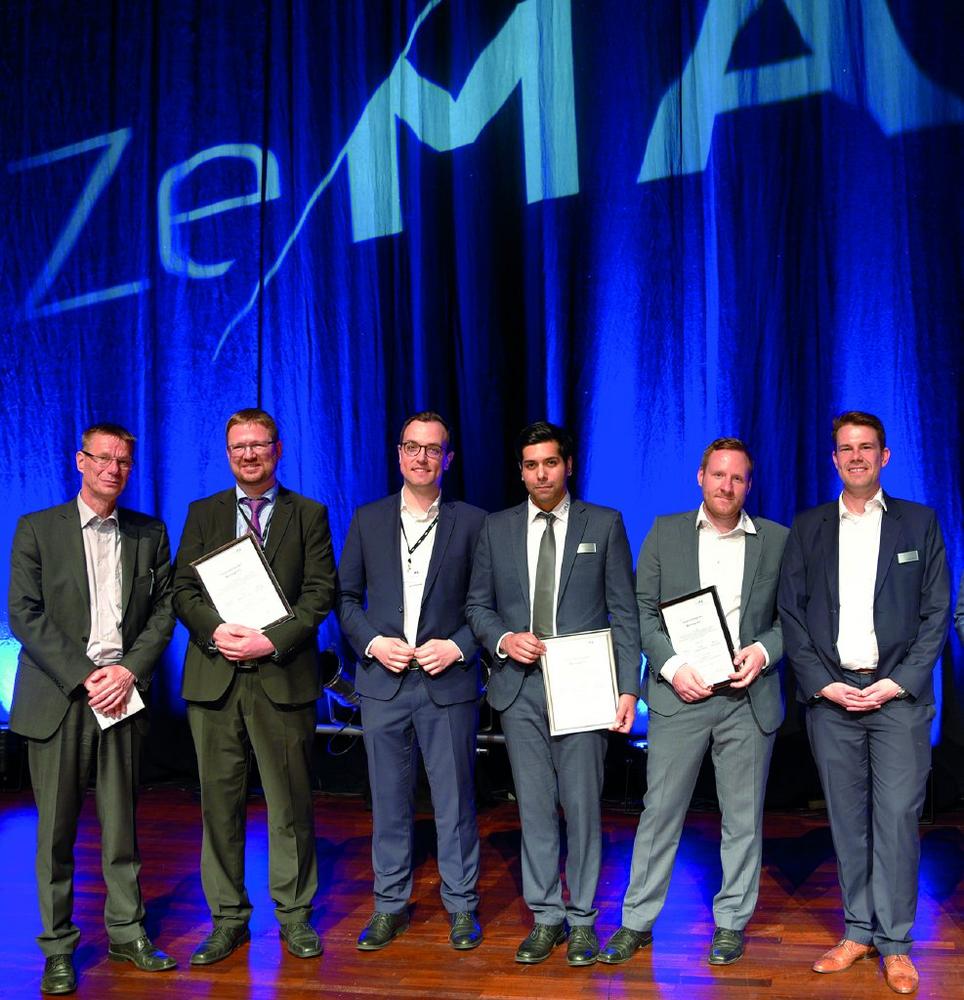 The award particularly acknowledges the potential for the results to be integrated into practical applications. "Humans are an important factor in assembly and Industry 4.0 must not lose sight of them," emphasized Prof. Dr.-Ing. Rainer Müller, Scientific Director at ZeMA gGmbH. In his laudatory speech, he emphasized the project’s practical relevance and the focus on user-friendliness. "The project demonstrates that Industry 4.0 is not just happening in the world of virtual reality but that concepts are being created for the real world of production. User acceptance will be a vital factor in successfully integrating Industry 4.0 solutions into practical applications."

"We are very pleased to be awarded the prize and we would like to express our appreciation for the collaboration with the project managers that was always based on mutual trust and a common goal," said Ralf Müller-Polyzou, Head of Marketing, Product Management & Business Development at LAP, at the award ceremony. "Laser-based assistance systems support humans in their work. The interaction between humans and machines is very important for us. This is especially true in the Year of Science 2018 with a focus on the working worlds of the future."

In the InSysPro project (Intuitive System Operation of Projection Lasers), LAP GmbH Laser Applikationen and the Center for Mechatronics and Automation Technology (ZeMA gGmbH) joined forces to carry out an evaluation study on the choice of smart devices at the human-machine interface. This study examined which intuitive operating concepts are most suitable for controlling LAP’s ASSEMBLY PRO laser-based assistance system in manual assembly operations. In this context, a smart watch, a gesture control unit and a voice control unit were tested for acceptance, user-friendliness and efficiency and were integrated into a practical assembly scenario.

Steffen Gärtner, product manager responsible for ASSEMBLY PRO at LAP commented on this: "The ASSEMBLY PRO laser-based assistance system can make a significant contribution and support workers in their assembly activities as part of Industry 4.0. The possibility of controlling laser projection systems by means of intuitive smart devices is a further step towards making our systems even more user-friendly."

The awards ceremony took place as part of the ’10. Montage-Tagung‘ (April 10-12) organized by the Center for Mechatronics and Automation Technology (ZeMA). Decision-makers, planners and developers from the area of production and engineering convene in Saarbrücken each year.

The InSysPro project was realized as part of the ZIM project EP140967 of LAP GmbH Laser Applikationen in collaboration with the Center for Mechatronics and Automation Technology (ZeMA). The beneficiary and provider of external services would like to thank the BMWi for the support provided.

LAP is a worldwide leader in the field of laser-based systems for projection and non-contact measurements. For more than 30 years, LAP has developed, manufactured and distributed laser measuring systems, line lasers and laser projectors for industry and medicine. Numerous international industrial corporations rely on the precision technology Made in Germany for improvement of the quality of their products and the effectiveness of their production processes.