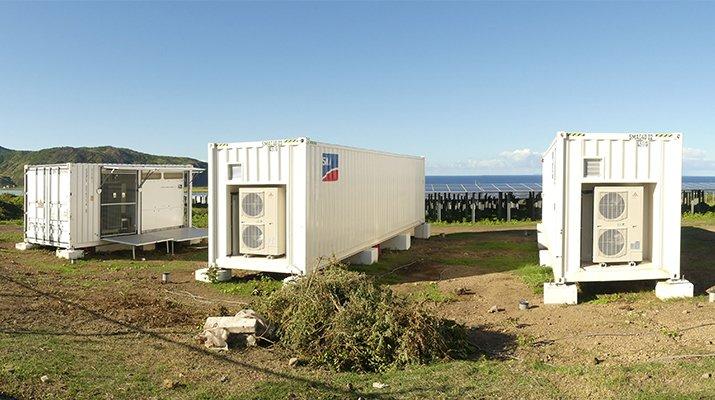 “The seamless integration of renewable energies into our utility grid is a major challenge for the energy supply of the future. Battery storage systems are taking on a key role in this — hardly any other technology offers comparable flexibility,” said Volker Wachenfeld, Executive Vice President of the Off-Grid and Storage business unit at SMA. “For more than 30 years, SMA has been developing and marketing intelligent and efficient solutions for integrating battery storage systems into a decentralized energy system. With more than 1 GW of system power installed, we have reached an important milestone, covering the full range of applications from home storage to battery power plants for primary operating reserve.”

In the last 12 months alone, SMA has supplied and successfully commissioned Sunny Central Storage battery inverters with a capacity of more than 400 MW in projects in the United Kingdom, California in the U.S., Germany, South Korea and the Caribbean. The 2200 to 2750-EV Sunny Central Storage systems are compatible with the most technically and economically attractive battery technologies and perfectly suited to large-scale storage power plants in the multi-megawatt range. The system solution with a medium-voltage transformer and switchgear in a turnkey container arrangement facilitates system design.

Electricity for remote regions
Since 2001, SMA’s Sunny Island battery inverters have made it possible to integrate battery storage systems into small to medium-sized power generation systems, especially in remote regions. These can be supplied with electricity even without an electricity grid and benefit from economic development.

The right solution for every application
In addition to the new Sunny Tripower Storage for commercial and industrial applications, SMA has been offering its customers intelligent and efficient solutions for grid-connected home storage systems for many years now. The new Sunny Boy Storage battery inverter, for example, allows the flexible integration of up to three independent high-voltage batteries.

– Sunny Central Storage has been nominated for the ees AWARD. You can read more about SMA battery inverters here.

– Exciting projects realized with SMA storage solutions can be found on the SMA Sunny blog.

The SMA Group with sales of around €900 million in 2017 is a global leader for solar inverters, a key component of all PV plants. SMA offers a wide range of products and solutions that allow for high energy yields for residential and commercial PV systems and large-scale PV power plants. To increase PV self-consumption efficiently, SMA system technology can easily be combined with different battery technologies. Intelligent energy management and digital energy solutions, comprehensive services and operational management of PV power plants round off SMA’s range. The company is headquartered in Niestetal, near Kassel, Germany, is represented in 20 countries and has more than 3,000 employees worldwide, including 500 working in Development. SMA’s multi-award-winning technology is protected by more than 1,000 patents and utility models. Since 2008, the Group’s parent company, SMA Solar Technology AG, has been listed on the Prime Standard of the Frankfurt Stock Exchange (S92) and is currently the only company in the solar industry that is listed in the TecDAX index.