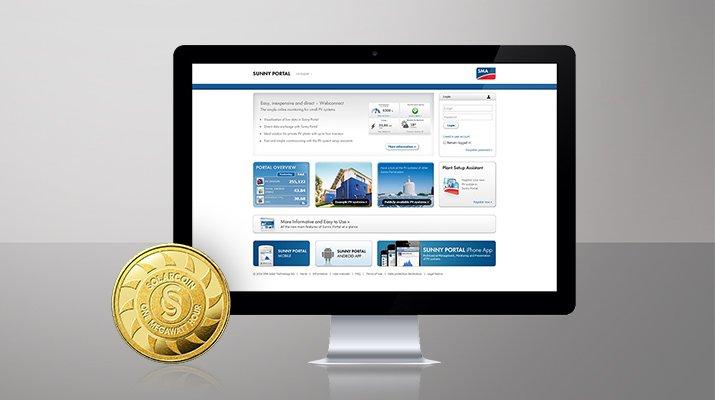 20. Juni 2018 Firma SMA Solar TechnologyOptische Technologienblockchain, carbon, currency, energy, new, power, securities, sma, solar, solarcoin, solarcoins, solarlux, statements, sunny, with
SMA Solar Technology AG (SMA) will examine the possibilities to capitalize on the use of the SolarCoin reward – for itself and its customers. To this end, SMA has partnered with the Hong Kong based startup SolarLux to evaluate the feasibility of onboarding a large number of PV Plant owners into the SolarCoin ecosystem via the world’s largest solar energy monitoring platform, SMA’s Sunny Portal.

“SolarCoin is one of the most interesting projects in the block chain space, which SMA has followed for quite some time,” explained Dr. Matthias Victor, Head of Technology Center & Services at SMA. “We are currently assessing what added value a direct access to SolarCoin via the Sunny Portal may bring to our customers.”

The mission of SolarCoin Foundation is to accelerate the global energy transition by rewarding solar producers with SolarCoin, the first energy-referenced currency. SolarCoin is gaining traction within the industry as an additional incentive for solar energy producers. The low carbon blockchain token (SLR) is exclusively granted for free to solar energy producers at the rate of one SolarCoin for one megawatt hour of solar power generated. SolarCoin provides cash value and as a solar currency helps reduce solar financing costs globally.

Together with SMA, SolarLux, a startup specialized in helping the solar industry to make use of the opportunities SolarCoin offers, is exploring how SolarCoin can best be integrated into SMA’s popular Sunny Portal. Claiming SolarCoins could become easy for more than 300,000 Sunny Portal monitored plants and likely increase both the Sunny Portal and SolarCoin digital currency user bases significantly. If the ongoing proof-of-concept shows enough potential for SMA it could be rolled out to all Sunny Portal customers equipped with suitable SMA communication technology.

“We are excited to see one of the most prestigious manufacturers in the solar industry recognize the value of SolarCoin,” said Nick Gogerty, Co-Founder of SolarCoin. “It is our goal to add value to the global solar industry. We are watching the industry explore new uses of the publicly open SolarCoin blockchain technology every day.” SMA believes that if the proof-of-concept succeeds it could see multiple innovative ways to create value for its customers.

The SMA Group with sales of around €900 million in 2017 is a global leader for solar inverters, a key component of all PV plants. SMA offers a wide range of products and solutions that allow for high energy yields for residential and commercial PV systems and large-scale PV power plants. To increase PV self-consumption efficiently, SMA system technology can easily be combined with different battery technologies. Intelligent energy management and digital energy solutions, comprehensive services and operational management of PV power plants round off SMA’s range. The company is headquartered in Niestetal, near Kassel, Germany, is represented in 20 countries and has more than 3,000 employees worldwide, including 500 working in Development. SMA’s multi-award-winning technology is protected by more than 1,100 patents and utility models. Since 2008, the Group’s parent company, SMA Solar Technology AG, has been listed on the Prime Standard of the Frankfurt Stock Exchange (S92) and is currently the only company in the solar industry that is listed in the TecDAX index.