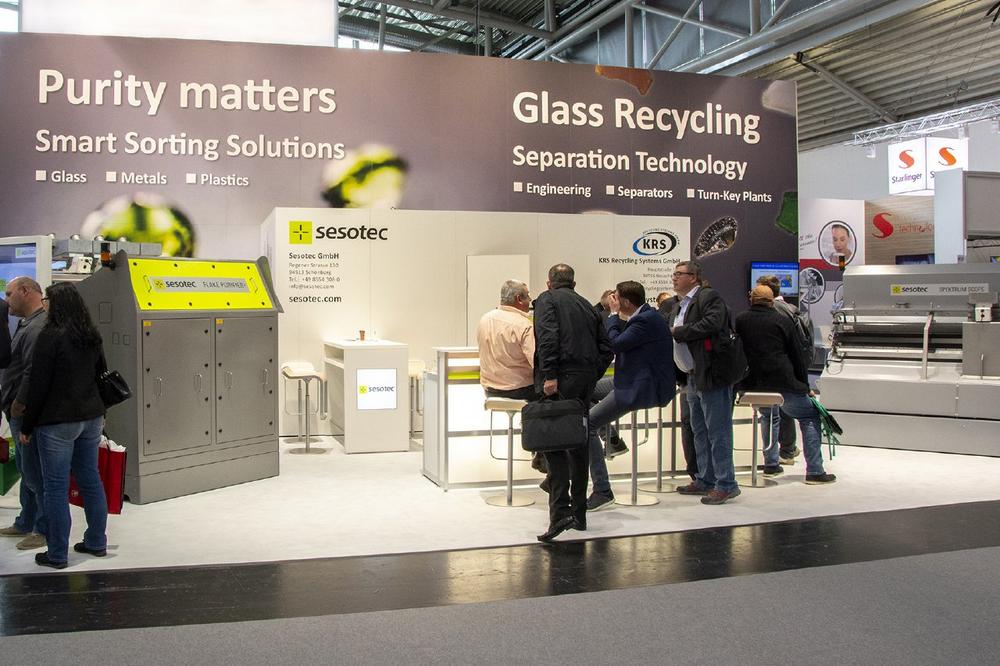 Sesotec and KRS used the IFAT trade fair to meet many of their customers and to provide information about product innovations, and also in 2018 were able to again welcome many visitors from at home and abroad at the trade fair stand. The further development of the FLAKE PURIFIER+ multi-sensor sorting system as well as the new SPEKTRUM SCOPE glass sorter obviously were well received by customers.

Says Michael Perl, head of BU Sorting Recycling at Sesotec, summarizing the IFAT: "The fact that plastics recyclers showed such great interest at our trade fair stand also may be due to the current situation that it is no longer allowed to export unsorted plastic waste to China, and to the statements of the European Commission concerning plastics and their disposal and recycling. Our partner company KRS Recycling Systems GmbH, which for the first time presented the new SPEKTRUM SCOPE glass sorting system to trade visitors at our Sesotec stand, also gave a highly positive feedback. The machines and systems we presented at the fair, and the sorting concept solutions of our team, resulted in interesting and promising talks that reflect an overall positive atmosphere with respect to the business situation and positive future prospects for the year 2019."

Sesotec is one of the leading manufacturers of machines and systems for contaminant detection and material sorting. Product sales primarily focus on the food, plastics, chemical, pharmaceutical, and recycling industries. Sesotec’s global presence includes subsidiaries in Singapore, China, USA, Italy, India, Canada and Thailand, and more than 60 partners all over the world. The Sesotec group presently has 485 employees.