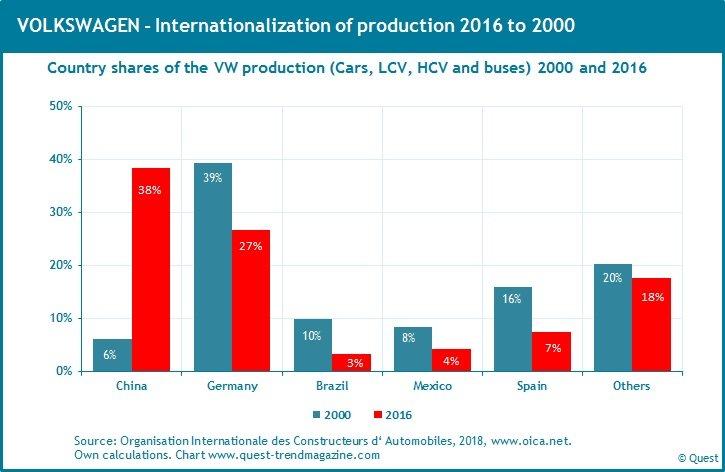 The report in the Quest Trend Magazine details the trends to which extent the world market leaders relocated their car production to the ten world-leading car production locations.

Toyota almost doubled its foreign production share from 18% in 2000 to 35% in 2016. VW produces most of its cars in China, but the shares of international production sites in other countries are falling. South Korean carmaker Hyundai still ranked eleven in 2000, catapulting itself to third place among the world market leaders in sixteen years.

GM and Ford, still number one and number two in the world rankings in 2000, slipped to fourth and fifth place and their world market shares fell by 40%.

Nissan and Honda improved their positions among the ten world market leaders from eighth and tenth to sixth and seventh respectively.

Other reports analyze the shift in world car production from Europe and the USA to Asia and the market shares of Chinese market leaders.