HARTING Russia: A reliable partner for our customers – for 25 years 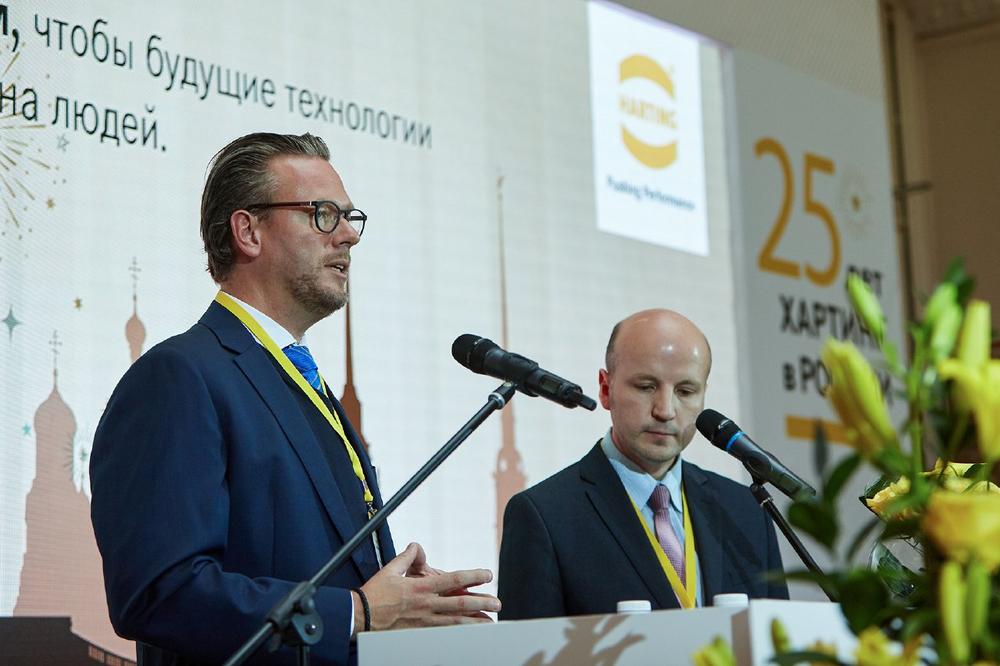 In addition to the subsidiary’s headquarters in Saint Petersburg, there are other sales offices in Moscow, Rostov-on-Don, and a production facility in Yekaterinburg. There, 35 employees produce all the cabling for train cars from Ural Locomotive, including jumper cables. Overall, HARTING Russia boasts some 90 employees.

"My father made a bold and correct decision in 1993," said CEO Philip Harting at the anniversary event in Saint Petersburg. Russia is a very important market for HARTING and has significant potential. In his speech to invited guests and employees, the CEO emphasised the country’s positive economic development and strong growth impetus, which had improved by 88 places in the World Bank’s Doing Business Index in the space of a few years, while experiencing a boom in the digital sector. Philip Harting stated that HARTING Russia will be striving to expand its production in the coming years and win additional customers.

Harting thanked the company’s numerous customers for their, in some cases, years-long trust, also thanking their employees for their dedication, which had been decisive for the positive developments at the company: "We’re partners and trailblazers of Industry 4.0 and are working with our customers to develop innovative solutions for the Russian market, create jobs and thus contribute to this country."

The HARTING Technology Group is one of the world’s leading providers of industrial connection technology for the three lifelines of Data, Signal and Power and has 13 production plants and branches in 44 countries. Moreover, the company also produces retail checkout systems, electromagnetic actuators for automotive and industrial series use, charging equipment for electric vehicles, as well as hardware and software for customers and applications in automation technology, mechanical and plant engineering, robotics and transportation engineering. In the 2016/17 business year, some 4,600 employees generated sales of EUR 672 million.