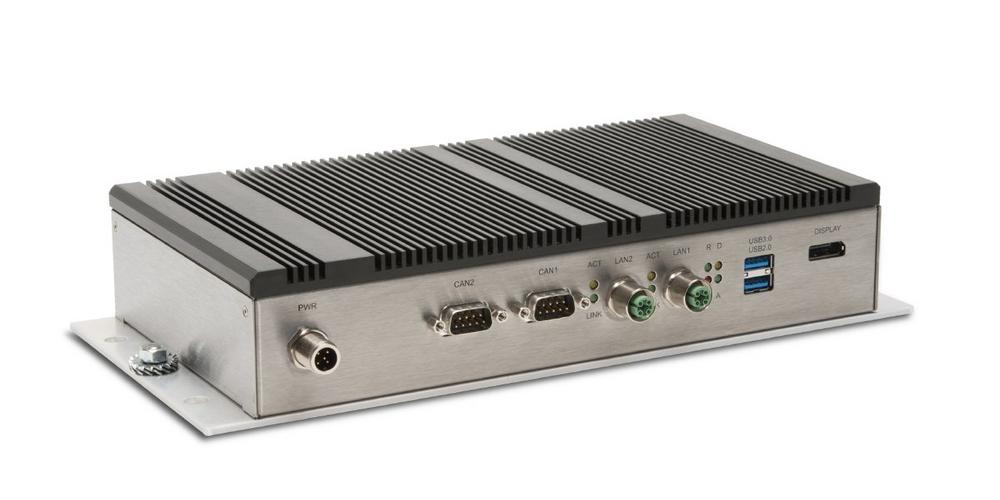 Embedded systems specialist Syslogic will present its railway portfolio at the InnoTrans railway trade fair, which will take place in Berlin from 18-21 September 2018. In Berlin, Syslogic will present its latest generation of railway computers, which can be deployed as data loggers, PIS computers (passenger information system), IoT gateways, rail control units or for remote access.

Syslogic railway computer: Designed for railway vehicles
Syslogic offers a complete range of industrial computers and HMI systems specifically designed and manufactured for railway applications. Common to all rolling stock computers is the approval to use them at temperatures ranging from -40 to + 85 °C at the component level. Thus, the railway computers meet standard EN50155, class TX. In addition, the railway computers include impressive features such as a power failure bypass up to 10 milliseconds (EN50155, class S2) and wide range inputs for DC voltage between 16.8 and 154 volts.

Thanks to its GPS and LTE, GSM and UMTS functions, the railway computers can also be used as an IoT gateway. The connection to typical railway BUS systems, such as real-time Ethernet, TCN, WTB, ProfiNET or MVB, occurs via optional expansion cards, which are easy to integrate.

The railway computers feature dead reckoning navigation and a motion sensor. To prevent potential hacker attacks on the hardware side, the devices can be equipped with a Trusted Platform Module (TPM).

Embedded Box PCs for traffic and tunnel monitoring
Besides traditional in-vehicle computers, Syslogic also offers with the Compact M series Box PCs for off-train applications. The fanless Box Pcs come with E3825 or E3845 processors from Intel Atom (Bay Trail), which makes them perfectly suitable for continuous operation (24/7). They are frequently used for traffic or tunnel monitoring and to report track availability.

The embedded PCs boast a particularly sturdy build and a unique interface pinout. The devices include CAN, USB, RS232 and RS485 interfaces. They can also be equipped with up to five ethernet interfaces. Upon request, Syslogic can integrate EtherCAT master stacks into the Linux operating system. This allows customers to use the Compact M industrial computer directly as an EtherCAT controller.

The railway industry is one of the main markets for Syslogic
With its diverse product portfolio, Syslogic offers devices for a variety of rail applications. Because Syslogic is one of the few European companies that develops and manufactures its own embedded systems, they can be easily adapted to specific requirements, even in small quantities. This build-to-order service is already being used by numerous railway customers. Florian Egger, Sales Manager of Syslogic, says: ‘Customers who want more than a standard off-the-shelf device usually come to Syslogic.’ Thanks to the vertical range of manufacture and long-standing experience, Syslogic is in a position to implement customer-specific adjustments, even for a small number of units – and all that at an attractive price, says Egger.

At InnoTrans, Syslogic will also be showcasing its whole new machine learning innovation.

Syslogic supplies industrial computers, embedded PCs, single board computers and touch panel computers for demanding industrial use. These devices are used in areas such as mechanical and automotive engineering as well as traffic and train technology. All embedded PCs and touch panel computers are fully developed and manufactured in Europe. Syslogic stands for more than 30 years of customized, robust and durable embedded systems. In addition to traditional product support, Syslogic offers its customers expert technical project support. www.syslogic.de