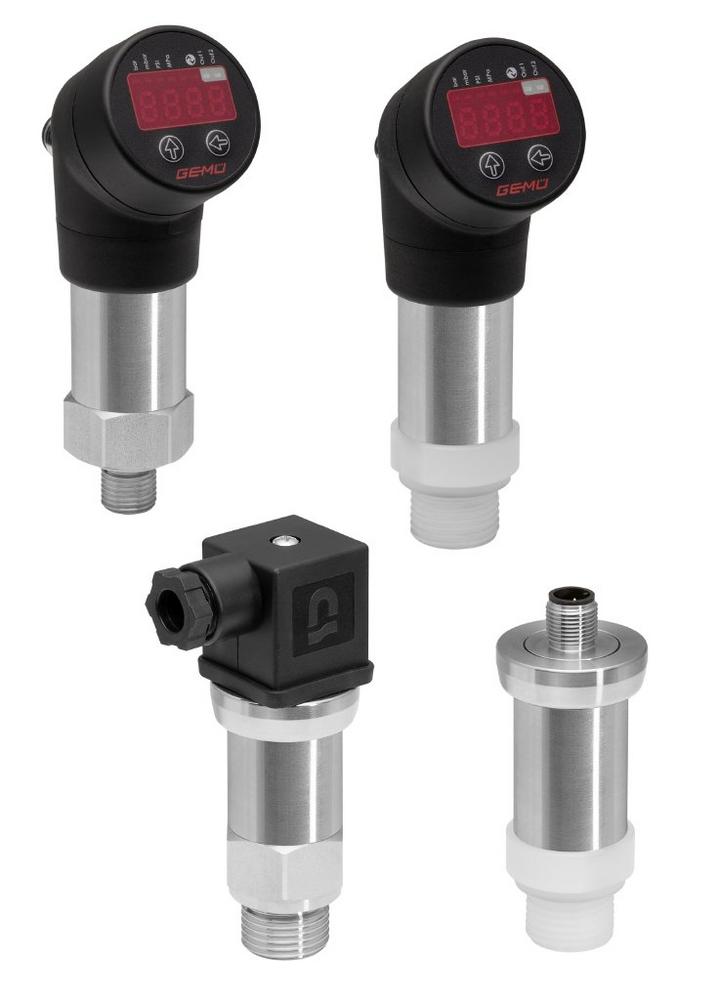 As part of this update to their range of pressure measurement systems, GEMÜ will be replacing the type 3120 with the new pressure transducers and pressure switches of the GEMÜ 3140 series. Compared to its predecessor, the new product range impresses with a far broader measuring scope, as well as a number of electrical design features and important approvals.

The GEMÜ 3140 series is designed for both liquid and gaseous media at pressures of between 0 and 40 bar and temperatures of between -40 and +125 °C. The integrated high-quality ceramic sensor reliably converts the pressure into a proportional electrical signal – at an accuracy of 0.5% FSO in accordance with IEC 60770.

In order to optimize adaptability for different applications, all the standard electrical and mechanical connections are provided. With an IO-Link interface, the GEMÜ 3140 pressure transducers/switches can be used centrally to automate and monitor processes. This means leakages and gauge pressure can be detected early for instance.

The pressure measurement devices in the GEMÜ 3140 series can be used for a variety of industrial applications. Besides calculating the process pressure and measuring a pressure differential, the GEMÜ 3140 pressure transducers/switches can also be employed to reliably control, measure and monitor the level during filling processes. The integrated sensor is suitable for use with both highly viscous and contaminated media and, thanks to its high-quality material selection, it can even be used with corrosive media, such as for demanding applications with acids and alkalis.

GEMÜ 3140 products have been certified in accordance with UL, SIL2 and IECEx. Both the explosion-proof and the SIL versions are available as options. Depending on the version, the product can also feature a rotatable LED display. This means the user can easily view the current operating parameters via a 4-digit display, no matter where the device is installed.

The GEMÜ Group develops and manufactures valves, measurement and control systems for liquids, vapours and gases. GEMÜ is a global market leader for sterile applications.

Since 1964, this globally focused, independent family owned enterprise has established itself in important industrial sectors thanks to its innovative products and customised solutions for process media control.

Today, Gert Müller is the second generation to run the company as a managing partner together with his cousin Stephan Müller.

Today the Group employs over 1.000 employees in Germany and 1.700 worldwide. We have six manufacturing sites in Germany, Switzerland, China, Brazil, France and USA. From Germany, we coordinate the global marketing with 26 subsidiaries and with a large distributor network in over 50 countries, the GEMÜ Group is active on all continents.

A high technology production and logistics centre in Germany organises the global flow of goods from our factories and guarantees a quick and an efficient supply to our customers across Europe.