70 years of inventiveness! The International Trade Fair iENA celebrates an anniversary (1 to 4 November) 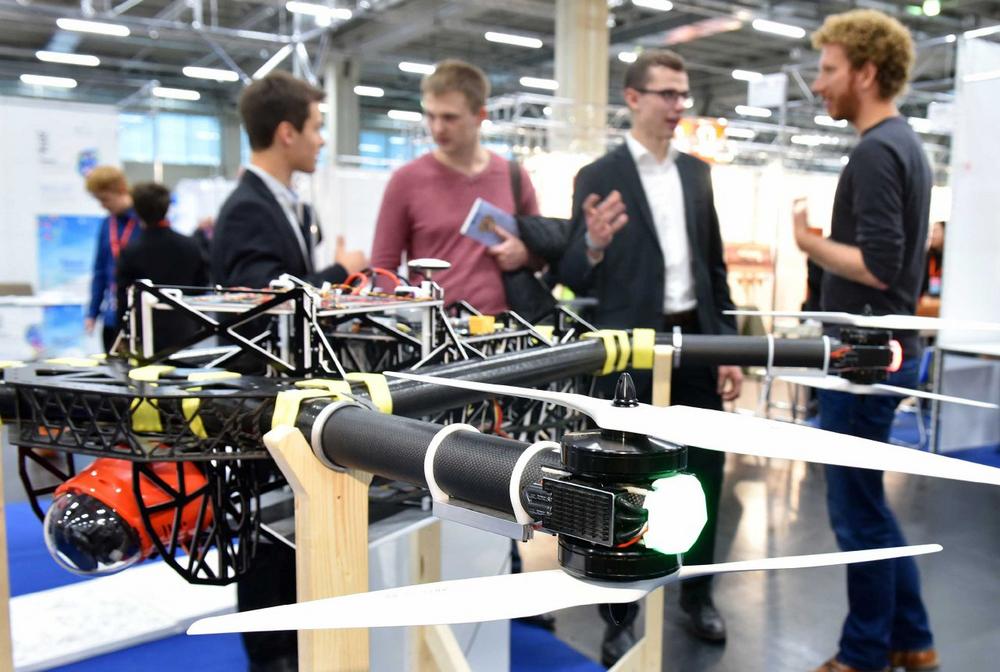 29. August 2018 Firma AFAG Messen und AusstellungenForschung und Entwicklungaward, blanket, commerce, energy, iena, maker, new, pen, slam, social, students, suitcase, symposium, vdi, with
The first inventions and new products exhibition took place in Nuremberg in 1948. Since then Nuremberg has established itself as the city of inventors and the iENA as the meeting point of international inventors. Everyday life can no longer be imagined without numerous inventions which were shown for the first time at the iENA, and these inventions have opened up new avenues for industry, technology and medicine. At the 70th anniversary of the iENA, inventors from all over the world will be presenting approximately 800 inventions in Nuremberg.

International meeting point of the inventor scene
Inventors’ associations and collectives from all around the world meet at the iENA in Nuremberg to present their innovations, to network and to make contact with partners and investors. The partner of the 2018 iENA is Iran, which will be represented in Nuremberg by numerous inventions. The Iranian inventors’ association has already introduced itself with many inventive ideas at the iENA in the past few years. Great potential can be seen particularly in the young inventors, who come to the trade fair in Nuremberg as part of a university participation. The Iranian inventors regularly present very promising innovations, for example from the medicine section.

The iENA cultivates strong partnerships nationally and internationally which promote the offer and potential for inventors. The partnership with the Association of German Engineers (VDI), which has existed since 2017, has already had a positive effect in its first year: thanks to the new collaboration, further target groups like engineers and professional users were able to be reached.

70 years of ideas, inventions and new products
From the first catalyst to the first push-button telephone and the Tipp-Ex correction pen and on to the wheelie suitcase and the insulating emergency blanket, many inventions began at the iENA. Numerous scientific developments for medicine and industry were also presented to the public for the first time in Nuremberg. The iENA’s new products are awaited every year with great excitement. This year the iENA as the first event is moving to the new C3 hall of the Nuremberg exhibition centre, and in addition to the many different inventions will also present the new exhibition hall to the visitors.

Support and inspiration for inventors and creative individuals
The iENA has a broad information offer for inventors and creative individuals on everything to do with patent registration or brand and property rights. The German Patent and Trade Mark Office assists the inventors with questions on patent rights. Entrepreneurs, experts and an enormous potential of ideas come together in the trade fair‘s forum.

Ideas and inspiration in the iENA programme
On Saturday, 3 November, the iENA symposium asks the question about the right school education in times of digitalisation. In a Science Slam the VDI Pilots of the future will be presenting their innovations, and iENA inventors can also take the stage to present their inventions personally to the specialist audience. The highlight of the iENA each year is the award of medals: all inventions are assessed by a specialist jury and the most promising ideas, inventions and new products are awarded the sought-after iENA medal.

Women & Work prize for female inventors 2018
From the dishwasher to the world’s first computer language and the basics for the first auto-pilot – all these inventions come from women. Yet hardly anyone knows them: the past and present female inventors and pioneers. The female spirit of invention is honoured at the iENA: on Thursday, 1 November the Women & Work 2018 prize for female inventors will be awarded in addition of the iENA. Dr. Thomas Zielke, Head of the “Technology transfer through norms and patents” division of the Federal Ministry for Economic Affairs and Energy, will be setting out the central theme. Women from the age of 18 years who have developed an invention in Germany and/or registered it at the German Patent and Trade Mark Office or the European Patent Office can apply for the prize. Prizes will be awarded for the categories of technology, service and social fields as well as for business models and organization.

iENA 2018: A festival for inventors, makers and founders of new businesses
For 2018 the iENA has made it its task to further promote idea potential and the spirit of invention in various fields. The “Maker Scene” is thus also being given the appropriate framework on 3 and 4 November at the trade fair, and will find tips here on do-it-yourself and making improvements as well as ideas and suggestions for technology enthusiasts. The “Hack & Make” is a format of Nuremberg’s FabLab, which is directed towards a broad public: technology and computer freaks, visitors with previous knowledge in the maker scene as well as interested students and adults who want to know what is behind the technical appliances – all are in just the right place at the “Hack & Make”.

The START Fair Nuremberg likewise accompanies the iENA on 3 and 4 November and assists in all questions to do with setting up in business. The focus here is on the themes of establishing a business, financing it, its succession and also franchising. Anyone with a well thought out idea or a concept ready for marketing will find information and tips here.