HARTING delivers the design for the next generation of connectors 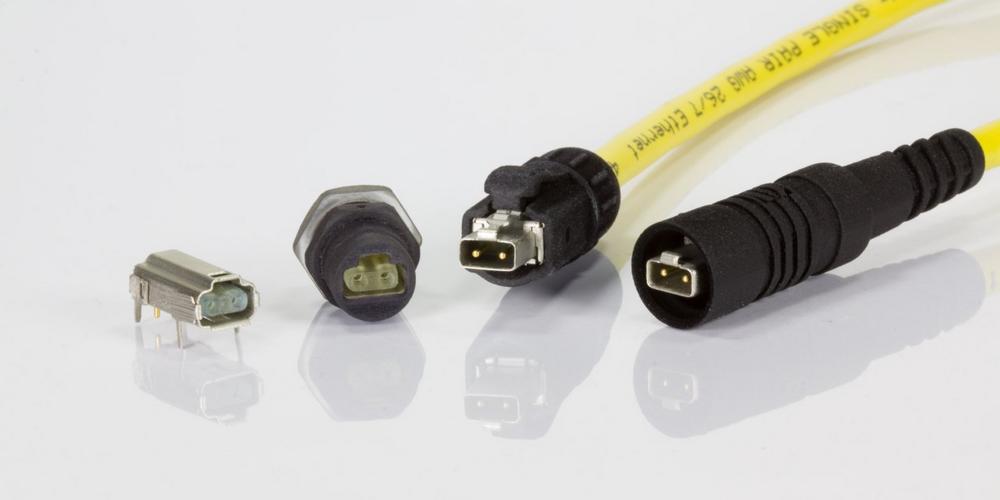 Single Pair Ethernet is a new Ethernet technology that requires only one pair of wires (instead of four pairs) to transfer data and power. This technology, which is driven by the automotive industry, is also gaining increasing importance in automation technology, where its development is advancing in targeted manner. Thanks to its simplicity and an associated reduction in weight, space requirements and installation effort, a great future is seen for the technology within the industrial sector, automation technology and the rail industry, among others.

The end-to-end compatibility of devices, cables and connectors is a prerequisite for the widespread use and consequently the successful marketing of SPE technology. This is ensured by international standardisation (ISO/IEC and IEEE). Since the beginning of the year, there has been an internationally drafted selection process for the cabling and selection of standard SPE mating faces via ISO/IEC involving more than 20 national expert committees. As a result of this selection, two mating faces have prevailed:

Based on this mating face, HARTING is preparing a comprehensive product portfolio for the industrial sector. The technology had been driven forward in the past two years in close cooperation with customers. SPE connector concepts from HARTING were initially presented at SPS 2016 in Nuremberg.

The HARTING Technology Group is one of the world’s leading providers of industrial connection technology for the three lifelines of Data, Signal and Power and has 13 production plants and branches in 44 countries. Moreover, the company also produces retail checkout systems, electromagnetic actuators for automotive and industrial series use, charging equipment for electric vehicles, as well as hardware and software for customers and applications in automation technology, mechanical and plant engineering, robotics and transportation engineering. In the 2016/17 business year, some 4,600 employees generated sales of EUR 672 million.