The future of connection technology 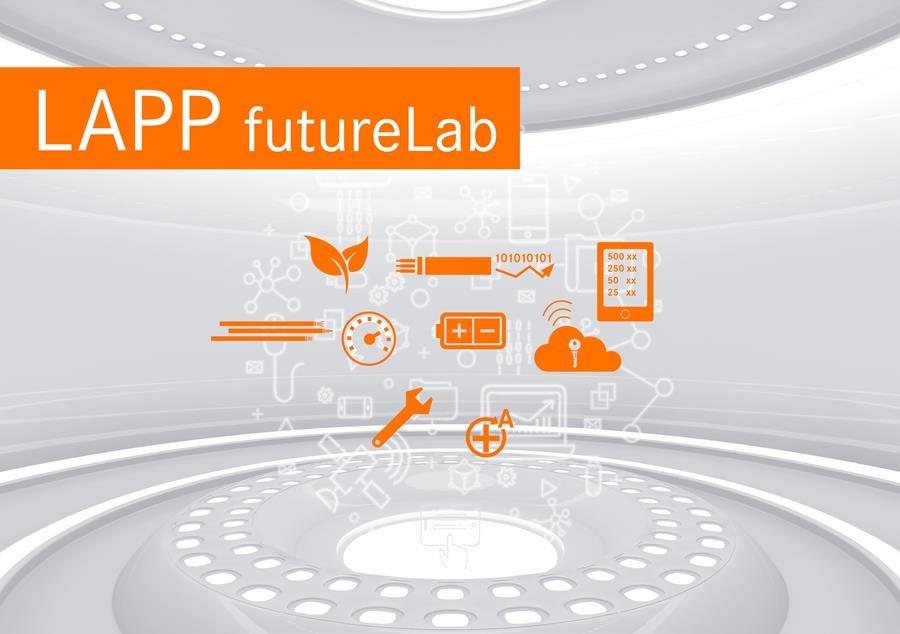 19. März 2019 Firma U.I. LappOptische Technologienenergy, erp, futurelab, insulation, lab, lapp, lflex, market, new, power, production, smart, thin, wireless, with
What does the future of connection technology hold? LAPP will be revealing exciting and surprising answers to visitors of Hannover Messe 2019 in Hall 11, Stand C03. For the first time ever, the global market leader in integrated connection systems will be providing insights into the work of the developers at LAPP in LAPP’s very own futureLab, which is built into the trade fair stand. “With the new Future Lab, we aim to cement our position as a technology leader,” said Guido Ege, head of Technology and Development at LAPP. He added: “The four focal points of the futureLab are at different stages of market maturity. Some are already available and ready for the market now, while others are currently in the functional prototype phase.”

Predictive maintenance for cables
If a system malfunctions in a factory, it can be costly. In worst-case scenarios, production comes to a complete halt. Expensive outages can be prevented through predictive maintenance – one of the key promises of Industry 4.0. The developers at LAPP have thought long and hard about how to monitor the condition of a data cable, and they will be presenting an innovative solution in the futureLab. What makes it different to established ideas? LAPP’s solution requires no changes to the cable, for example no additional cores or wires that need to be laboriously incorporated into the cable and individually connected by the user. Rather than that, an electronic device constantly monitors the signals transmitted by the cable and analyses their quality. If signal quality falls below a critical value, the device raises the alarm. The cables can then be replaced during scheduled maintenance works or the like. The electronic components, for example, could be built into switches or other devices; the extra costs for the user would then be minimal. And if cables by LAPP are already in use (the device is configured to their electrical properties), they can even be retrofitted to existing plants and machines. This predictive maintenance solution for data cables is currently under development at LAPP. LAPP expects it to be ready for market in the near future, and the company is now in talks with potential partners to put the technology to the test.

Smart cable drums
How many metres of cable are left on the drum? LAPP will demonstrate an intelligent solution to this in the futureLab: the smart cable drum. A sensor calculates the remaining length of the drum when the cable is unwound and sends this information to the ERP system. The smart cable drum was designed in collaboration with Schildknecht AG, the wireless specialists for industrial applications. It is available as a prototype and will now be tested with partners.

Cables for the direct current age
Direct current (DC) is the future of energy supply. From the LED light to the electric vehicle, many electrical consumers actually consume direct current, and an increasing number of systems that generate direct current are feeding into the electricity grid, with photovoltaics leading the way. Huge energy losses are incurred when power is converted between alternating and direct current. LAPP is the first company in the connectivity sector to develop and sell cables designed for industrial DC applications off the shelf. In the futureLab, LAPP will present the ÖLFLEX DC 100 control cable, which is currently in stock, in addition to other new cables with various insulation materials that have been optimised for DC applications.

Downsizing through single pair Ethernet
Until now, the rule of thumb for data cables in factories has been “faster = better”. And yet both Cat.6 and Cat.7 cables are too much for connecting individual sensors at field level in factory automation. Single pair Ethernet cables are the better alternative here. Instead of four pairs of conductors, they have just one. This saves up to 75 per cent of the time when connecting the cores – and it goes without saying that a cable with two cores costs less than one with eight. These cables are also thin, so they are great when space is at a premium. LAPP already has single pair Ethernet cables in its portfolio, but there is not yet a standard for their connectors. LAPP and other manufacturers are currently involved in standards bodies to come up with its definition.

Visitors interested in the future of connection technology will find the futureLab at Hannover Messe 2019 on the LAPP stand: Hall 11, Stand C03.