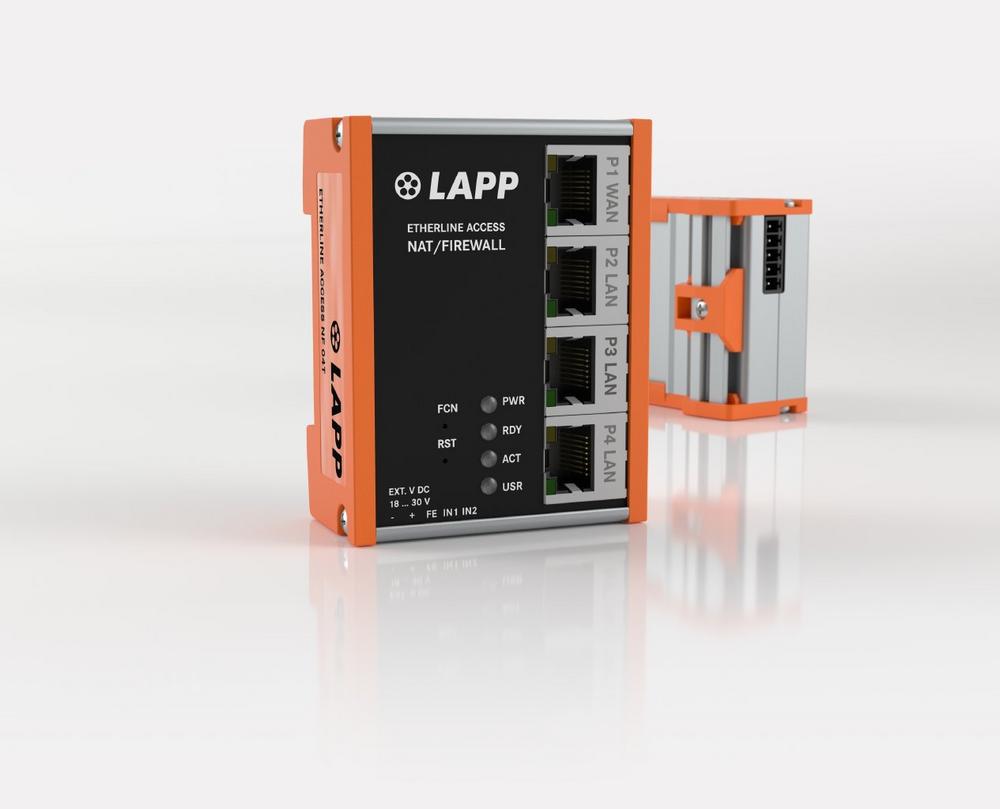 20. März 2019 Firma U.I. LappElektrotechnikcan, data, etherline, flex, has, its, lapp, market, networks, period, profinet, switch, switches, their, thin
LAPP – more than just cables and connectors. The global market leader in integrated solutions in cable and connection technology has recently added active components such as switches for industrial data communications to its portfolio of products. LAPP will be showcasing new models in the ETHERLINE ACCESS series, including ones designed for PROFINET networks, in Hall 11, Stand C03 at Hannover Messe 2019.

The new switches have 4, 8 or 16 ports, which can be identified through their abbreviated names: PNF04T, PNF08T and PNF16T. They also meet the PROFINET Conformance Class B requirements: The switch can tell whether the telegram is an enquiry from the Web, an FTP file transfer, a media stream or a PROFINET telegram. When the transfer load is high, the switch can prioritise the important PROFINET telegrams and prevent any telegram delays, so users get a very compact and highly robust solution for a wide range of industrial uses.

The switches for PROFINET are part of LAPP’s ETHERLINE ACCESS family, which already includes switches for industrial Ethernet (managed and unmanaged). They feature an impressively short reconfiguration time, i.e. the period until communication is restored following an interruption. The switches are also fully equipped with cutting-edge diagnostic and redundancy features.

First single pair Ethernet cable
Until now, the rule of thumb for data cables in factories has been “faster = better”. And yet both Cat.6 and Cat.7 cables are too much for connecting individual sensors at the field level of factory automation. Single pair Ethernet cables are the better alternative here. Instead of four pairs of conductors, they have just one. This results in a saving of 75 per cent of the time when connecting the pair of conductors. These cables are also affordable and thin, so they are perfect when space is at a premium. LAPP will be presenting the first single pair Ethernet cables under the name of ETHERLINE T1 FLEX at Hannover Messe. The next step towards widespread industrial use of single pair Ethernet is the development of appropriate connectors. LAPP is currently working on a consistent standard for connectors with other manufacturers and standards bodies.

LAPP will be showcasing its switches from the ETHERLINE ACCESS product family in Hall 11, Stand C03 at Hannover Messe 2019.