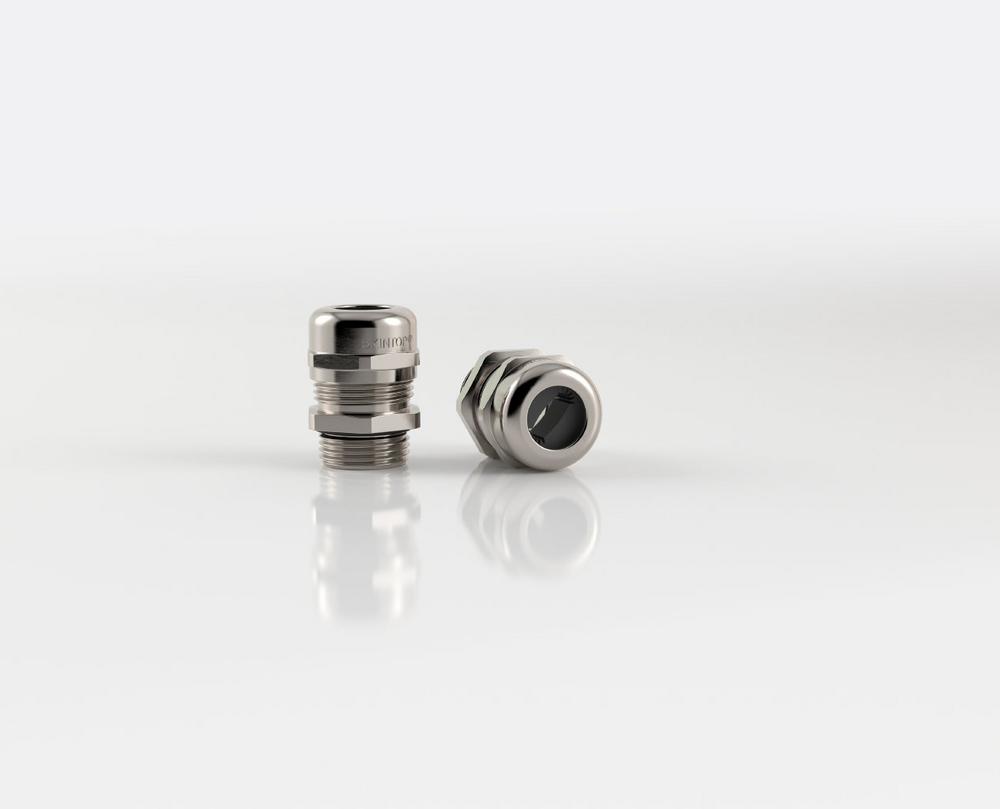 26. März 2019 Firma U.I. LappElektrotechnikcable, crane, flat, lapp, lflex, messe, new, oil, rail, seal, series, skintop?, strong, water, with
Cable glands are always round, just like the cables they hold in place. By contrast, the flat cables found in indoor cranes, lifts and conveyor systems are best fixed in cable glands specifically tailored to the contours of the cable. Or at least that used to be the case. LAPP will be presenting a world first at Hannover Messe 2019 (Hall 11, Stand C03): the SKINTOP FLAT, the first cable gland to fix flat cables of varying shapes and thicknesses. What is more, its waterproof properties comply with IP 68 at 5 bar. The patented and specially shaped seal perfectly adapts to various contours and grips so firmly that the entire flat cable benefits from even strain relief. As it complies with IP68 at 5 bar, the cable and gland can be permanently submerged under water at depths of up to 50 metres. The new SKINTOP FLAT is available with metric connection threads of M25x1.5 to M63x1.5 and is perfect for connecting to the ÖLFLEX CRANE F and ÖLFLEX LIFT F flat cables.

Black, strong and halogen-free
The black SKINTOP ST-HF-M BK is also new to the portfolio. It is made of black polyamide and is thus UV-resistant. This is vital outdoors, for example in rail infrastructure. Even within factories, UV-resistant cables – and thus cable glands – are needed when equipment is sterilised with UV light, for example in pharmaceutical manufacturing. In addition to the tried-and-tested high functional safety owing to the vibration protection, optimum strain relief and oil resistance, the plastic glands in the SKINTOP ST-HF-M series are fireproof in line with EN 45545-2 (hazard level 3) and thus suitable for use in the rail industry. All materials in the SKINTOP ST-HF-M BK, including the seals, are also 100% halogen-free.

LAPP will be showcasing its new cable glands at Hannover Messe 2019 in Hall 11, Stand C03.