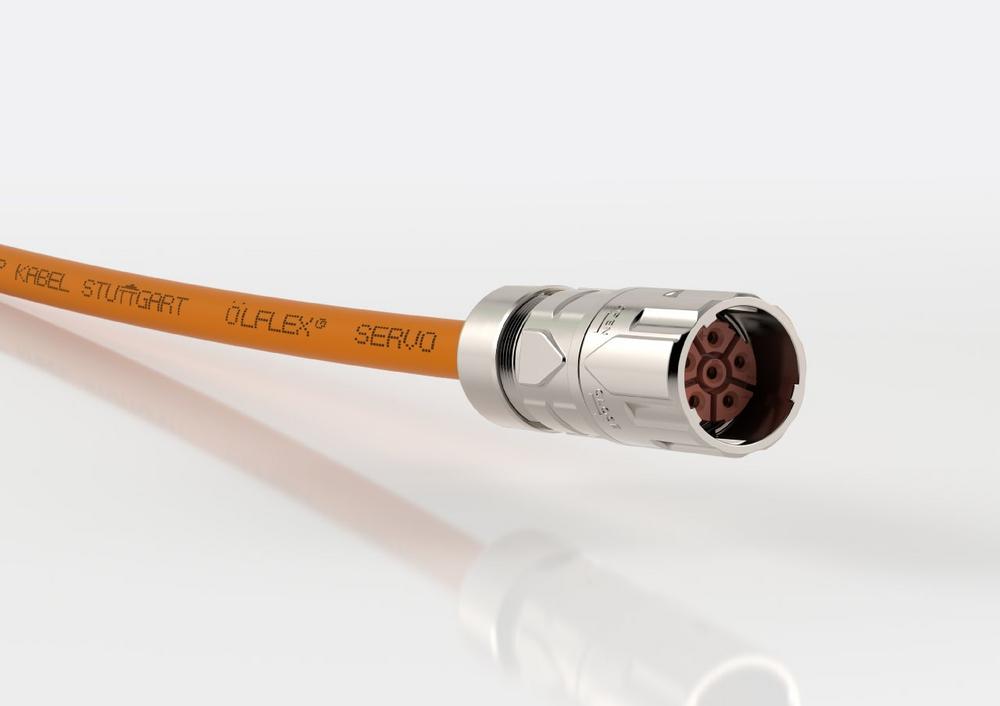 27. März 2019 Firma U.I. LappElektrotechnikamps, electric, energy, fire, lapp, lucent, market, new, power, rail, robotics, screw, vehicles, voltage, with
LAPP will be presenting its new connectors in the EPIC product family at Hannover Messe 2019. They combine ease of use, added functionality and a robust quick-lock function to take already high-end EPIC connectors to the next level in terms of quality.

EPIC Power LS 1 Twist: Quick-lock circular connector system
Connect, quarter turn, done: Quick-lock circular connectors are becoming an increasingly popular product for connecting servo drives. The EPIC Power LS 1 Twist by LAPP is the perfect solution. The handy and robust lock is compatible with the market standard, and the two halves of the connector remain securely in place, even with high levels of vibration. It’s also worth knowing that the EPIC Power LS 1 Twist can be locked in a third of the time compared to a conventional screw connector. There will be ongoing additions to the series with various housing designs. Power cable connectors are currently on the market with signal cable connectors set to follow.

EPIC H-A 10 and H-A 16: up to 400V
The new EPIC H-A 10 and H-A 16 connectors can be used for voltages of up to 400V, for example in three-phase motors. To surpass the previous upper voltage limit of 250V, the developers at LAPP have come up with something special to vastly increase the leakage path between the neighbouring contacts, while keeping the scale in the connector the same. The special feature of this product: The new EPIC H-A is just half the size of comparable rectangular connectors designed for three-phase current.

EPIC MH LWL LC: Six connectors in one
Get six pre-assembled fibre-optic lucent connectors in one housing with the EPIC MH LWL LC module. It features a built-in coupling element (sleeve) that establishes a direct connection and enables it to be positioned accurately. The module is designed for multi- and single-mode fibre with a fibre-optic connector as per IEC61754-20. It is used in machinery and plant engineering and is optimised for rail applications. It also fulfils the fire safety standards for rail vehicles to EN 45545-2.

EPIC MH1 250A: high current, small size
The EPIC MH1 250A single-pole high-current module for transmission of up to 250 amps carries high electrical power in a very small space, while ensuring maximum safety through effective electric shock protection. It features crimp termination up to 95mm² for ultimate contact reliability. The EPIC MH1 250A is also designed for use in rail vehicles and complies with the fire safety standards set out in EN 45545-2. It is also suitable for use in robotics, renewable energy systems and machinery and plant engineering.

LAPP will be showcasing its new connector systems from the EPIC product family in Hall 11, Stand C03 at Hannover Messe 2019.