LAPP is a pioneer in the direct current revolution 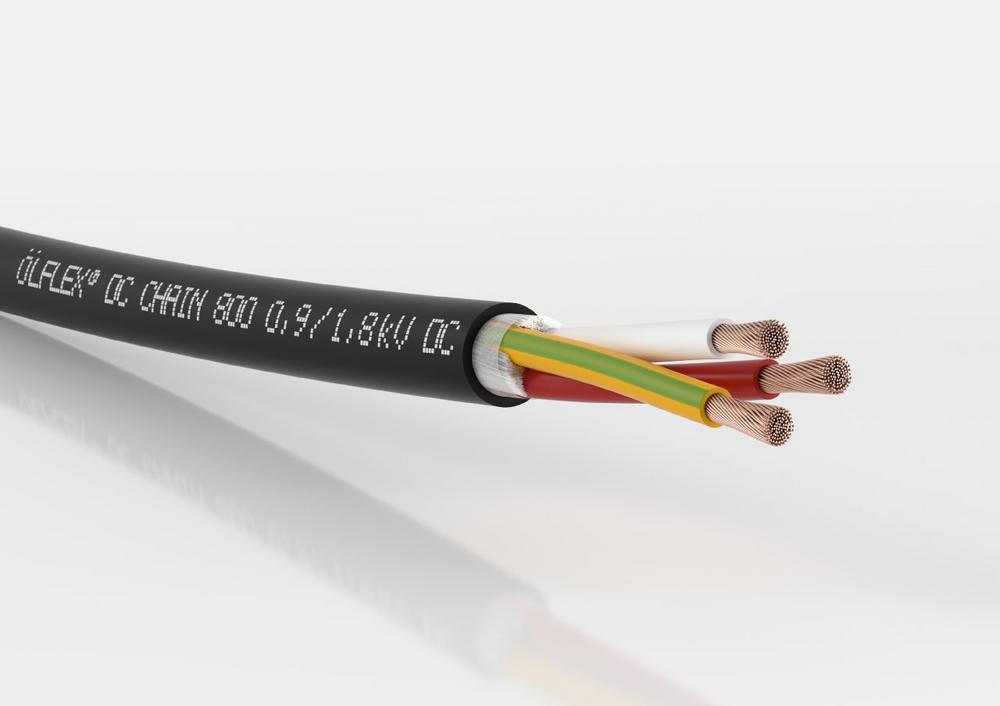 28. März 2019 Firma U.I. LappElektrotechnikelectric, energy, ilmenau, insulation, lab, lapp, lflex, machine, market, networks, new, power, research, vehicles, with
Direct current (DC) is the future of energy supply and LAPP is launching special cables to hasten this future along. Many electrical consumers, including LED lights, industrial drives and electric vehicles, actually consume direct current. This means the alternating current (AC) from the socket needs to be converted to DC – a gigantic waste of energy. Up to 30 percent of the energy can be lost during the process of converting electricity between alternating current and direct current. If direct current were to be used throughout, more than 30% of the total power consumption of Germany could be saved – even if “only” the drives in German industry were switched to using DC, this would mean a saving of 10% of the country’s total electric energy consumption and huge volumes of CO2 emissions could be saved. LAPP recognised the potential of direct current early on and is proactive in bringing about the energy revolution. As such, the Stuttgart-based global market leader in integrated cable and connection systems is an associated partner of DC-Industrie, a project funded by the German Federal Ministry of Economics and Technology.

The question LAPP wants answered is: Do conventional AC cables work just as well with DC? Up to now, many experts have said yes. But it’s not a dead cert, warns Professor Frank Berger from the Technical University of Ilmenau. His tests have revealed that the DC electric field has a different effect on the plastic insulation in a cable to that of an AC electric field. “It’s too early to make a conclusive recommendation,” said Professor Berger. However, he reckons it is already apparent that different materials should be used in certain DC applications compared to AC applications. It is thought that further practical tests will clarify the situation. LAPP cooperates closely with the working group and also supplies test cables and test machines.

LAPP has adapted Professor Berger’s research findings and is the first manufacturer to launch its own family of cables designed specifically for DC applications. It all started in the past year with the ÖLFLEX DC 100. Additional ÖLFLEX DC cables – genuine innovations that are unparalleled on the market – will now be revealed at Hannover Messe 2019:

ÖLFLEX® DC SERVO 700
This power cable supplies electric drives with direct current. It is suitable for occasional flexible use and fixed installation. The conductors are insulated with special PVC.

ÖLFLEX® DC CHAIN 800
This cable from LAPP’s Extended Line goes a step further. It features TPE insulation and is suitable for constant movement in cable chains and in machine parts with linear movement.

Direct current will also be one of the focal points of the Future Lab, a dedicated area at the LAPP stand that focuses on innovations in connection technology. “LAPP is a pioneer in developing cables for DC networks,” emphasised Georg Stawowy, member of the Board responsible for Technology and Innovation at LAPP Holding AG. “LAPP customers can rely on our DC cables fulfilling the same high quality standards as all other products by LAPP.”

LAPP will be showcasing its new DC cables at Hannover Messe 2019 in Hall 11, Stand C03.