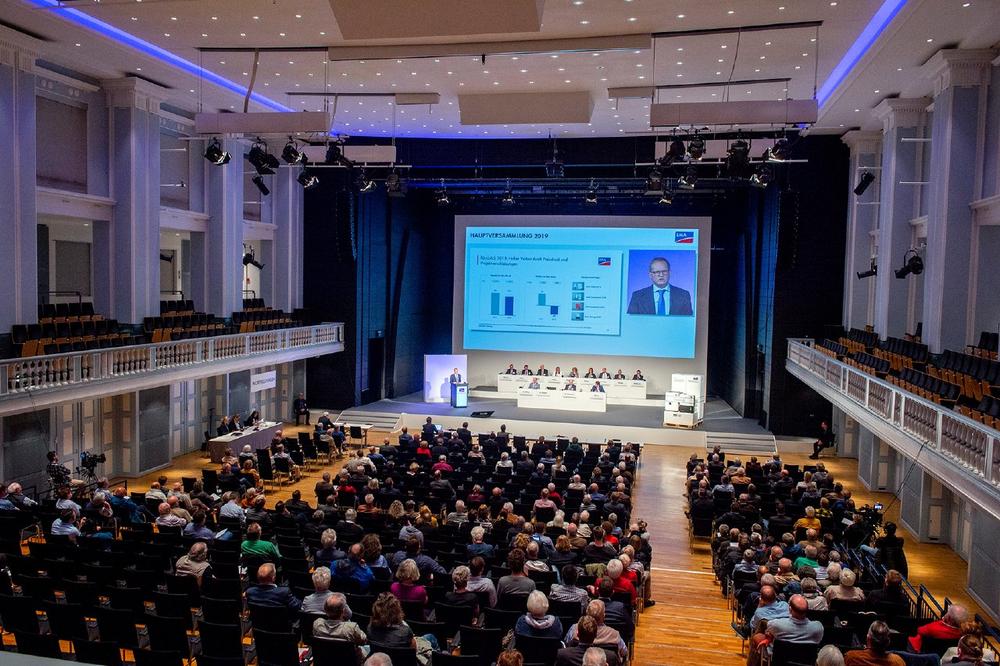 The Annual General Meeting accepted the proposal of the Managing Board and Supervisory Board that no dividend be distributed for the 2018 fiscal year. SMA achieved sales of €760.9 million and EBITDA of €–69.1 million in 2018. “2018 was a difficult year for SMA,” explained SMA Chief Executive Officer, Jürgen Reinert. “We were confronted by many challenges including a shortage of components, increased price pressure as a result of the internationalization of Chinese competitors, project delays and storage system bottlenecks. This all resulted in a negative net income. To preserve our high net liquidity and be in a position to fund SMA’s further development as a system and solution provider from our own resources, the SMA Managing Board and Supervisory Board have rejected the option of a dividend payment from the company’s assets. Our shareholders supported this position at the Annual General Meeting.”

After comparatively low sales figures in the first quarter of 2019, the SMA Managing Board is expecting sales and earnings to significantly increase in the second half of the year. “The market situation has considerably improved,” said Reinert. “In addition, our increased marketing and sales activities are paying off. We are reporting a very high order intake at the moment, especially in the project business. There is also a positive trend in the segments for residential and commercial PV systems. Since the end of March, our product-related order backlog has risen again by 80% to over €420 million. With this order backlog and the sales we have generated in the year to date, we can already achieve more than 75% of our annual sales target.”

The presentation and the speech given by the Managing Board, along with further information on the Annual General Meeting, can be found online at www.sma.de/en/investor-relations/annual–general-meeting.

As a leading global specialist in photovoltaic system technology, the SMA Group is setting the standards today for the decentralized and renewable energy supply of tomorrow. SMA’s portfolio contains a wide range of efficient PV inverters, holistic system solutions for PV systems of all power classes, intelligent energy management systems and battery-storage solutions as well as complete solutions for PV diesel hybrid applications. Digital energy services as well as extensive services up to and including operation and maintenance services for PV power plants round off SMA’s range. SMA inverters with a total output of around 75 gigawatts have been installed in more than 190 countries worldwide. SMA’s multi-award-winning technology is protected by more than 1,300 patents and utility models. Since 2008, the Group’s parent company, SMA Solar Technology AG, has been listed on the Prime Standard of the Frankfurt Stock Exchange (S92) and is listed in the SDAX index.