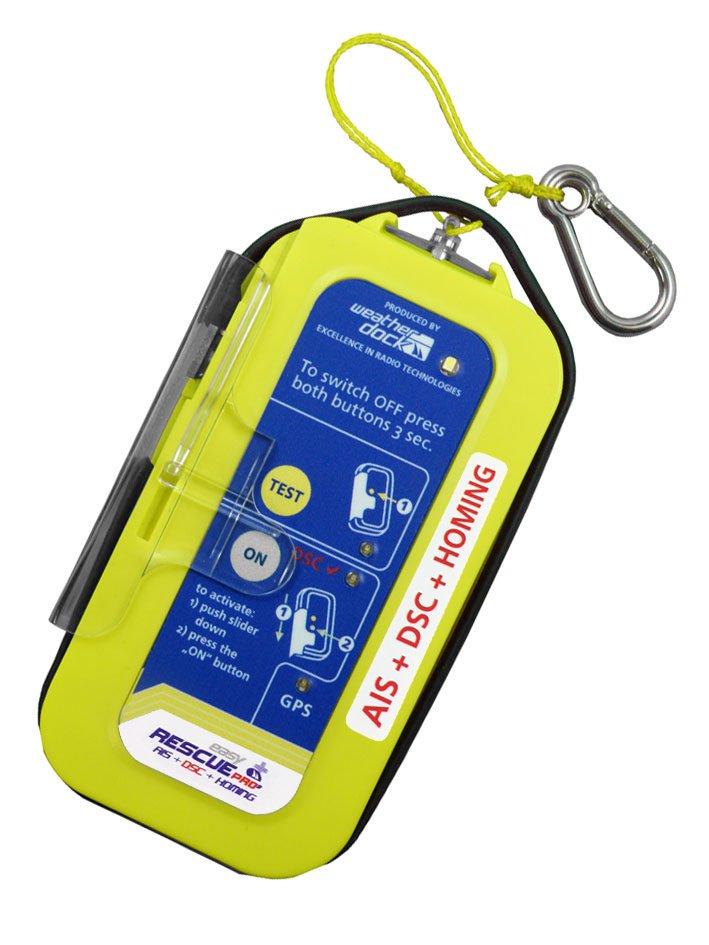 2. August 2019 Firma WeatherdockKommunikationais, easyrescue, imo, personal locator beacon, PLB, SART, solas, vhf, weatherdock, wheel mark
The national authority is controlling the external borders to prevent drug smuggling into Europe. Crewmen on a mission in very fast moving zodiac rips need to be self-protected in case of “MOB – man over board” scenario. The mission can’t be stopped. It has to be granted that the MOB victim is supported from the base vessel to take care of him.

The personal locating beacon easyRESCUE is mounted in a special pocket inside the automatic life jacket and fixed with a hook on a short rip cord. In case the life jacket is submerged into water, it starts to inflate immediately. As soon as the rip cord becomes too short, the AIS PLB is triggered automatically to broadcast to the base vessel.

Weatherdock is known as a reliable business partner from several projects in the past with national authorities and Navy’s around the world. The personal life saving equipment was tested and approved many times with best possible performance. The AIS SART easyRESCUE is fully SOLAS approved by IMO which symbols the highest possible quality level of maritime products because only “wheel marked” SOLAS approved are allowed to be used in commercial shipping.

• World leader in AIS based, commercial vessels approved, personal locator beacons in the VHF band
• Founder of the year 2008
• 4 times in a row among the best 100 midsize companies in Germany (12.000 applicants for that award!)
• Winner of the 2018 Bavarian Export Award in Category “Industry”