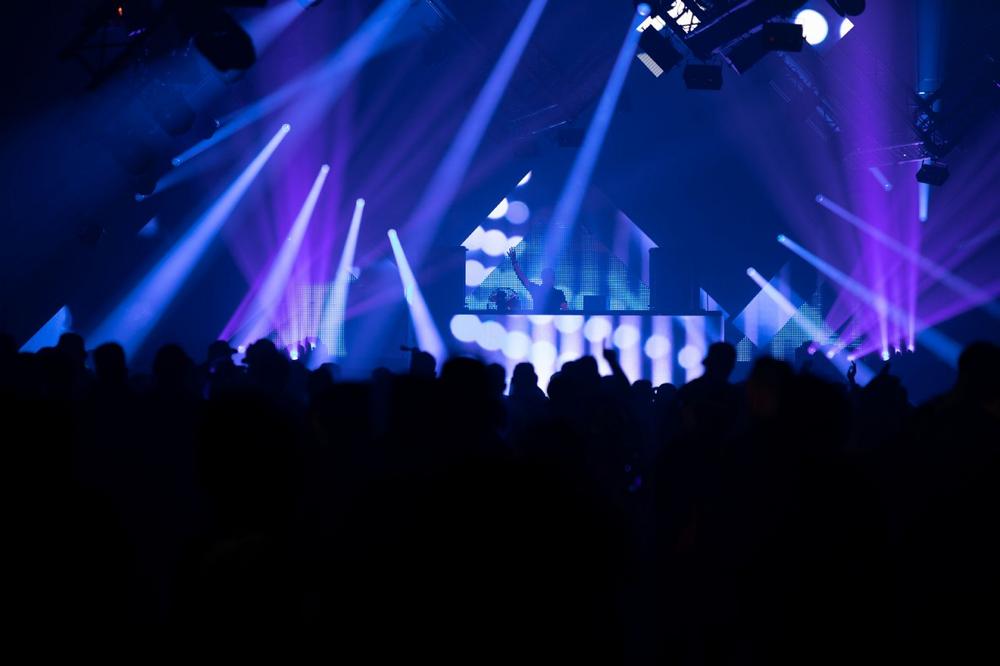 21. August 2019 Firma Adam HallEventsbeam, cameo?, edm, Event, event technology, festival, light, lightdesign, lightshow, moving head, nature one, opus, sound, Spotlight, video
With Time Warp, SonneMondSterne or the Love Family Park, EDM fans in Germany have a wide selection of open air festivals – yet NATURE ONE reigns over all of them. EDM history is still being made here to this day. On its 25th birthday it drew over 65,000 ravers to the former Pydna missile base in Hunsrück, to dance to the customary world-class DJ line-up of Paul van Dyk, Erik Prydz, and Richie Hawtin. Besides the Open Air Floor, with its impressive steel truss structure, the Century Circus tent is an especially popular venue there. In the “Home of Techno” over 10,000 festival goers partied to the hard beats of Richie Hawtin, DJ Rush, Sven Väth and Felix Kröcher – carried by bone-shaking bass and a gigantic light show, which was also contributed to by Cameo’s Spot and Beam Moving Heads AZOR B1 and OPUS SP5.

Spanning approximately 5,000 m2, the Century Circus is the largest covered area at NATURE ONE. Benedikt “Bemo” Moser has already built a reputation in recent years for his operational light design in the impressive ten-pole tent. For the first time at Nature One, the veteran EDM light designer, commissioned by the technical service providers BSS events GmbH and Actionlight GmbH, relied on Cameo’s moving heads and placed 60 OPUS S5 moving head spots as well as 121 AZOR B1 beam moving heads in the Century Circus tent. NicLen GmbH acted as DryHire supplier, having already invested in large numbers of Cameo products since 2018.

Three-Dimensional Effect
“Using the Azor B1, we duplicated the characteristic, complex roller coaster shape of the truss structures and also reinforced the three-dimensional effect of the overall construction”, explains Benedikt Moser. “The 45° tilted spotlights create versatile, crossed X-beam images and far-reaching light fields, highlighting the dimensions of the dance floor. To enhance this effect, OPUS S5 spots were installed in groups of six in an A or V shape, according to the design concept, at the outer edges of the tent.”

Due to the flat angle both from the ground and from the PA towers, the OPUS S5 created a strong contrast to the rest of the structure, which is largely concentrated between the tent masts. “The concept envisaged that the OPUS S5 spots in the numerous pan/tilt positions and movements create an identical visual impression regardless of the viewing angle.” A nice side effect: In this way, photos from the stage towards to the crowd have a greater visual appeal.

Spotlights in Continuous Use
Benedikt Moser has been relying on Cameo products for years and was able to test the new OPUS S5’s and AZOR B1’s suitability for the demanding EDM festival area in the run-up to NATURE ONE. “NATURE ONE means: 14 hours of continuous operation in dusty and high humidity conditions.” Apart from their resilience, the Cameo spotlights also convinced the experienced light operator in all other areas: “The ability to integrate a high number of beams in the tent without exceeding the weight limit of the tent masts was crucial. The spotlights also had to show adequate output as well as a good Gobo installation, in order to create structured projections as well as beautiful, animated beam looks. At the same time, at this kind of event, we naturally also have to keep an eye on the budget.

Bemos’ conclusion was positive throughout: “At NATURE ONE 2019, Cameo once again proved to be a good partner. Thanks to the high degree of flexibility – not least due to the optional, battery-backed addressing and the integrated Omega brackets with variable clamp intervals – all of our requirements were met.”

Adam Hall Group is a leading German manufacturer and distributor that offers event technology to its partners around the world. Its target groups include retailers, B2B distributors, event and rental companies, broadcasting studios, AV and system integrators, private and public companies, and manufacturers of industrial flight cases. Under its brands LD Systems®, Cameo®, Gravity®, Defender®, Palmer®, and Adam Hall®, the company offers a broad range of professional audio and lighting technology as well as stage equipment and flight case hardware. Founded in 1975, Adam Hall Group has become a modern, innovative provider of event technology and has over 14,000 m² of storage space at its Logistics Park at the company headquarters near Frankfurt am Main. Thanks to its focus on value creation and service, Adam Hall Group has already received a number of international awards for its innovative product developments and future-oriented product design from well-known institutions like Red Dot, German Design Award, and iF Industrie Forum Design. LD Systems®, in cooperation with the design agency F. A. Porsche, demonstrates the future of pro audio design with its MAUI® P900 column speaker and recently received the coveted German Design Award for this. You can find more information about Adam Hall Group at www.adamhall.com.