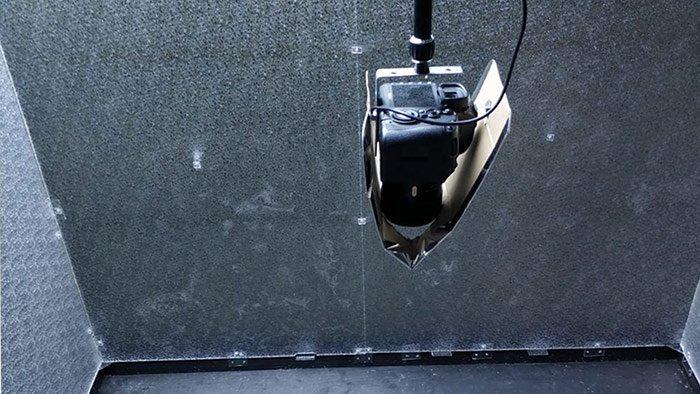 The intensive customer workshops held as part of a needs analysis by SWISS KRONO showed that ‘our customers expect more relevant data from us and want quick and easy access to it,’ according to Head of Marketing Fabian Koelliker. The scanning project was initiated in anticipation of the relaunch of the ONE WORLD Collection and the subsequent digitisation of the decor database for the new ONE WORLD AR Interior Designer app.

‘In preparing for the app and the required decor database, it was clear to us that in order to do justice to the sometimes intricate surface textures of the decor and display them as realistically as possible in the app, it would not be enough to simply store high-resolution images of the decors in the app, because they would look muted and lack appeal in the augmented reality environment. Corresponding surfaces had to be displayed as authentically as possible, which is only possible digitally when they are scanned in correctly with all of their physical characteristics,’ Koelliker explained.

At the end of February 2019, foryouandyourcustomers began setting up a scanner and running the initials tests for the necessary features. ‘After that we worked closely with Fabian Koelliker and his SWISS KRONO team on the optimal solution, with tight time constraints,’ explained Cornelius Kistler, project manager from foryouandyourcustomers.

The task at hand involved scanning 71 existing decor panels and preparing their surfaces properly for the users so they would be ready by the time the app was presented to the public. ‘This process plays an important role because all decors are stored in a high-quality raw data format, which can later be generated for different channels and applications in the right format in each case. As a result, we now almost have a true digital twin. In addition to the data newly generated by the scanning process, we also consolidated the existing product data and made it BIM-compatible,’ Kistler goes on.

This approach made it possible to create a new data foundation for SWISS KRONO in optimal quality, in order to produce realistic, physically correct 3D surfaces for different applications in future – a foundation used in the ONE WORLD AR Interior Designer app as well as the Timber Planner application, generated clear added value for the user.