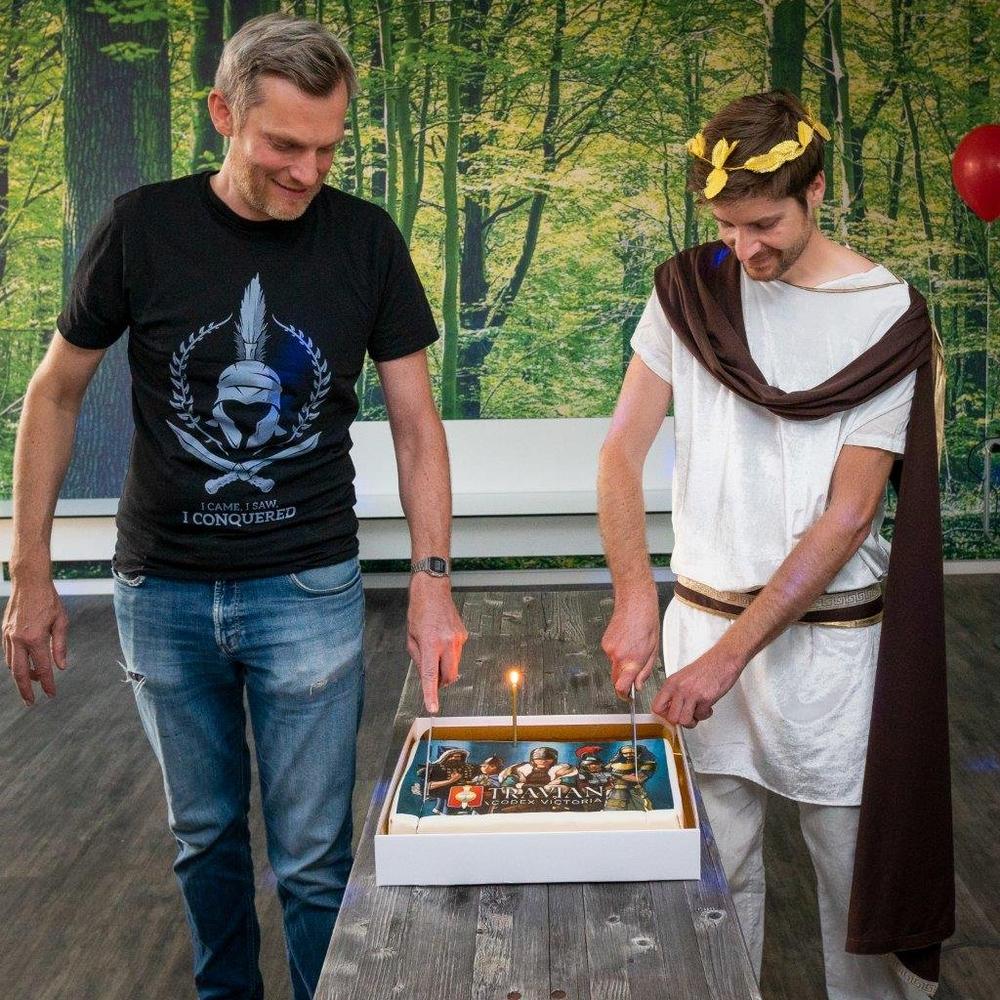 “We at Travian Games really appreciate the support of our live games. We are extremely happy with how Travian: Legends evolved over the years. As CEO, I’m very proud of all those people working on the game giving their best to constantly improve it. We definitely do not stop at 15 years and already have some new and exciting plans for the near future,“ said Jörg Strathaus, CEO of Travian Games.

Watch the official Behind the Annual Special video here. To celebrate the launch of the Codex Victoria event, a special behind-the-scenes video showing how the Travian: Legends team works on the flagship title including interviews with the game director Eckart Foos and expert players has been produced.

In Codex Victoria, the player chooses one of the five Travian tribes to start their first of many villages. Set on a map of ancient Europe, players join alliances and take certain roles and tasks to conquer different regions of the ancient European area. The game is still fun and challenging, as only one group of players can win the game. Reworked visuals for each tribal village and the game interface have been added, as well as more detailed player statistics and game features.

“15 years of Travian has been a wild ride and we want to give something back to the community,” said Eckart Foos, Game Director for Travian: Legends. “Travian is so much more than just a game, its players define the experience each and every new game round. We want to celebrate with them, share their stories and in the end the Codex Victoria special contains a lot of features which were requested by the players.”

Travian: Legends is renowned for bringing the massive multiplayer online experience to over 100 million players across the globe in 40 different languages since its launch in 2004. Travian: Legends is a ‘build and raid’ game at heart. Players start off with a small village and expand a prospering empire by executing smart strategies, interacting in trade and diplomacy with other players, and engaging in fierce battles over valuable resources, villages, and tactical locations. The main objective is to claim total victory of the server at the end of each round, and be crowned the best player.

Travian Games GmbH, based in Munich, is a world renowned self-publishing developer of cross-platform games (online and mobile). The company offers its customers complex, multi-layered adventure worlds that inspire players with their gaming depth and guarantee users long-lasting enjoyment. A motivated team develops and markets mobile and online entertainment for all age groups. Here the focus is placed on cross-platform strategy games. Travian Games currently offers the following games: Rail Nation, goalunited Legends, Travian: Legends, Travian: Kingdoms, Miramagia, Hyperdrome and UnitedGP. They are translated into as many as 39 languages and can be enjoyed by fans of lasting gaming entertainment all around the world.