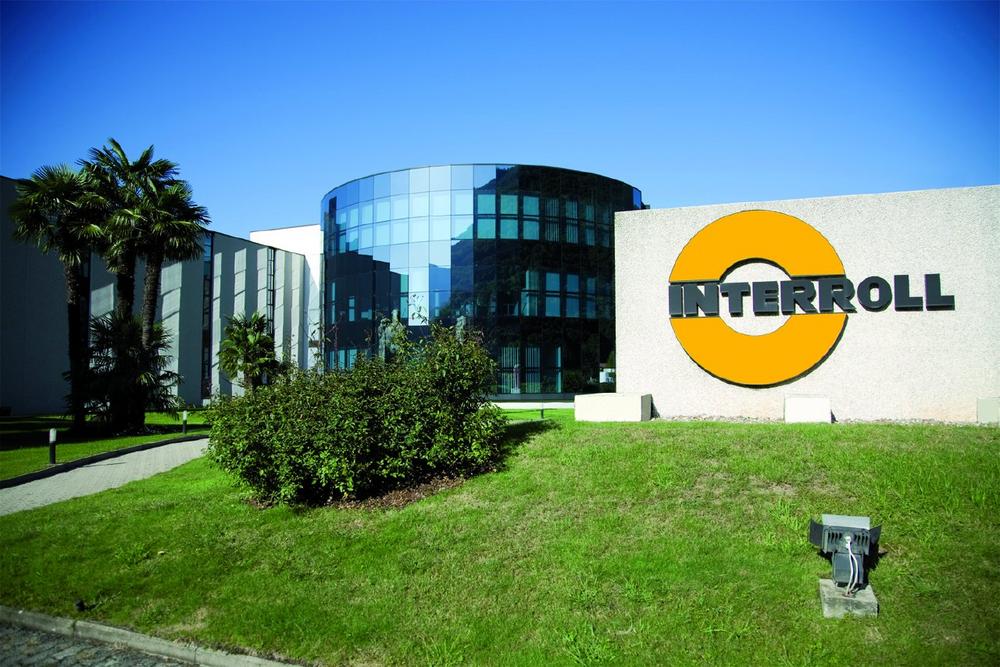 Following a record year in 2018, the Interroll Group significantly improved its performance in key areas in 2019 and also secured its future growth strategy.  The material handling technology specialist maintained its good result in the 2019 financial year: Net sales of CHF 559.7 million (+/-0.0%, in local currencies +2.3%) were again achieved, while incoming orders fell as expected to CHF 546.5 million (-7.8% year on year, -5.7% in local currencies). Net profit increased by a strong 8.2% to CHF 56.0 million.

Across regions, there was a mixed picture for the 2019 financial year: Sales were up by 4.4% in Europe, the Middle East and Africa (EMEA) and up by 12.9% in Asia, but down by 13.8% in the Americas due to the absence of large one-off projects compared with the previous year. Consolidated order intake was down 7.8% on the previous year’s record figure, although in local currencies the decline was more moderate at 5.7%.

The rise in the Swiss franc had a noticeable effect on sales, which reached CHF 559.7 million, almost unchanged from the previous year (CHF 559.9 million), while sales growth in local currency increased by 2.3%.

Interroll was able to fully compensate for the one-off large orders in the United States (US) in 2018 by increasing its product business and, in particular, by generating higher sales from smaller and medium-sized project orders in the 2019 financial year.

Incoming orders in financial year 2019 declined, as expected, falling by 7.8% to CHF 546.5 million (previous year: CHF 592.6 million). In local currencies, the decline was more moderate at 5.7%. Apart from the absence of one-off large orders, there was a deceleration in business momentum across the markets throughout the second half of the year.

In the 2019 financial year, Interroll manufactured record volumes of conveyor rollers and the RollerDrive. The positive performance of the "Rollers” product group is reflected in the sales for 2019. Consolidated sales in the “Rollers” product group amounted to CHF 110.1 million, an increase of 1.9% over the same period last year (CHF 108.0 million).

Interroll recorded a 10.7% decline in consolidated sales within the “Pallet & Carton Flow” product group to CHF 54.0 million (previous year: CHF 60.5 million). Large projects in the same period of the previous year could not be fully replaced. During the reporting year, there was a clear trend among customers to postpone projects until a later date.

In the 2019 financial year, the "Conveyors and Sorters" product group generated consolidated sales of

CHF 223.2 million for the 2019 financial year, a slight increase of 1.2% over the previous year (CHF 220.5 million). Order intake, at CHF 214.9 million, was down 11.7% on the previous year’s record level (CHF 243.3 million). The absence of large projects in the US following the record order intake in 2018 and a temporary downward trend in the second half of the year were clearly felt here. In the first half of the year, Interroll won a follow-up order to supply a Modular Conveyor Platform (MCP) conveyor line of about 12 km in length for the distribution center of a South Korean customer in the e-commerce segment. At the end of the year, Interroll announced its 400th sorter order worldwide, for La Poste Group in France.

Diverging developments in the regions

In the EMEA region sales amounted to CHF 321.0 million, up 4.4% on the previous year (CHF 307.6 million). Following the record figure for 2019, incoming orders fell by 6.2% compared with the previous year and totaled CHF 313.8 million. This performance was driven mainly by strong demand for rollers and drives. Central, western and eastern Europe increased their sales. Interroll is preparing for future growth in the EMEA region by building a new plant in Mosbach, Germany.

Sales for the Americas amounted to CHF 149.0 million, down 13.8% on the previous record year (CHF 172.8 million). The absence of large—in the double-digit million CHF range—one-off orders as in the previous year was clearly felt in terms of sales and incoming orders. Accordingly, the latter showed a downward trend and fell by 14.2% to CHF 145.3 million (previous year: CHF 169.4 million). This trend was shaped by the US market. A second plant in Hiram, near Atlanta, US, will provide additional capacity for medium-term growth in the Americas from mid-2020.

Interroll’s sales in the Asia-Pacific region increased sharply by 12.9% to CHF 89.6 million (previous year: CHF 79.4 million). This was mainly due to the award of a large follow-up order for modular conveyors (MCP) in the low double-digit million CHF range. The order was placed by a South Korean e-commerce company.

Incoming orders were down by 5.6% to CHF 87.3 million (previous year: CHF 92.5 million). This region is increasingly benefiting from the globalization of the Interroll Group, with the establishment of local production facilities and a corresponding increase in local production capacity. In mid-2019, a new and larger plant began operating in Thailand, and there are plans for a larger company-owned plant in Suzhou (China), which will replace the existing rented plant in Suzhou by 2022.

Thanks to ongoing increases in productivity and cost reductions, profits have continued to increase. As a

At LogiMAT 2019, Interroll introduced the new DC Platform (Drives with 24V/48V). The innovative range consisting of the coordinated RollerDrive EC5000, controllers, and power supplies has been tested for more than a year and now allows system integrators and OEMs to serve the needs of their customers on a more individual basis and with Industry 4.0 functionalities.

In February 2019, Interroll followed the example of its successful Modular Conveyor Platform (MCP) with the launch of a modular platform for powered pallet transport. This system, known as Modular Pallet Conveyor Platform (MPP), makes use of technical products that have already proven themselves hundreds of thousands of times with users and offers solutions for the most common pallet types on the market, such as EURO EPAL, Industrial, GMA and Plastic EPAL.

Interroll’s shares were able to further significantly increase their performance when compared to the previous year and, with a closing rate of CHF 2,175.00, saw an increase of +49.8% over the year-end rate for 2018 (CHF 1,452.00). The solid annual result for 2019 prompted the board of directors to again increase the payout and to propose at the upcoming Annual General Meeting a dividend of CHF 22.50 (+2.3%) per share (previous year: CHF 22.00).

The group started the 2020 business year positively. In the core markets, some unforeseen short-term downward potential has appeared, caused in part by the sudden appearance of the coronavirus. Nonetheless, medium-term market demand remains strong and Interroll’s sustainable expansion in the market is accompanied by the need to expand capacities. As a result, new plants in all regions will soon begin operations.

"We look forward to an outstanding innovation pipeline over the coming months and years,” explains Paul Zumbühl, CEO of the worldwide Interroll Group. “The strong financial situation is allowing the group to continue to decisively invest in capacity expansion and digitalization in the 2020 financial year and onwards."

In March, Interroll announced additional investment of around CHF 25 million in Suzhou, China in order to better take advantage of the medium- to long-term growth opportunities in the Asia-Pacific region.

The Interroll Group is the leading global provider of material flow solutions. The company was founded in 1959 and has been listed on the SIX Swiss Exchange since 1997. Interroll supplies system integrators and plant manufacturers with a wide range of platform-based products and services in the following categories: "Rollers" (conveyor rollers), "Drives" (motors and drives for conveyor systems), "Conveyors & Sorters" and "Pallet & Carton Flow" (flow storage systems). Solutions from Interroll are used in express and postal services, in e-commerce, in airports, in the food and beverage, fashion and automotive sectors, and in many other industries. The company is used by leading brands such as Amazon, Bosch, Coca-Cola, DHL, Nestlé, Procter & Gamble, Siemens, Walmart and Zalando. With its headquarters in Switzerland, Interroll has a global network of 32 companies with a turnover of CHF 559.7 million and 2,400 employees (2019).