RUD helps design Gate to the World in Amsterdam 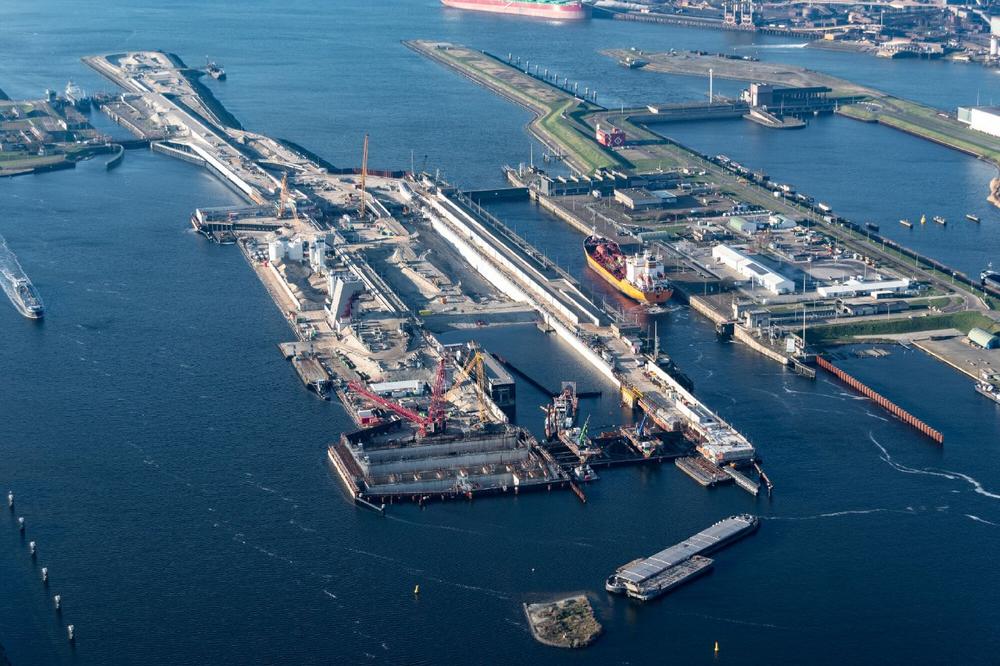 15. Juli 2020 Firma RUD Ketten Rieger & Dietz GmbH u. Co.Produktionstechnik??future, aalen, canal, container, expected, lashing, metres, new, project, protection, rud, ships, steel, technology, with
The entrance to the Port of Amsterdam from the North Sea is being made fit for the future with the mega-project "OpenIJ". The world’s largest sea lock is being created at the end of the North Sea Canal in IJmuiden so that it is also possible for the latest giants among sea vessels to pass. The raw data is impressive: The gigantic dimensions of the construction are characterised by the length of 500 metres, a width of 70 metres and a depth of 18 metres. Of course, with these dimensions especially heavy loads have to be lifted, moved and positioned precisely. This is where RUD, the technology leader from Aalen, comes in. As the global specialist, its lashing technology branch was charged with realising complex lifting and positioning processes such as the precise insertion of giant protection blocks. The VIP Steel Chains and Components from RUD were perfect for use here for the harsh seawater environments. The first container and cruise ships are expected to use the new lock by the end of 2022.
Über die RUD Ketten Rieger & Dietz GmbH u. Co. KG

RUD Ketten Rieger & Dietz GmbH u. Co. KG, founded in 1875 by Carl Rieger and Friedrich Dietz in the Swabian city of Aalen, Germany, achieves with over 1700 employees in more than 120 countries an annual turnover of 200 million Euro. At locations, among others in Germany, Australia, Brazil, China, India, Romania and the USA, the family business manufactures, apart from sling technology, lashing technology and Non-skid chains also hoist chains and conveyor systems. With the ERLAU brand, the German traditional company also manufactures tyre protection chains and property furnishings for indoor and outdoor areas.