HARTING Technology Group has been shaping the future for 75 years 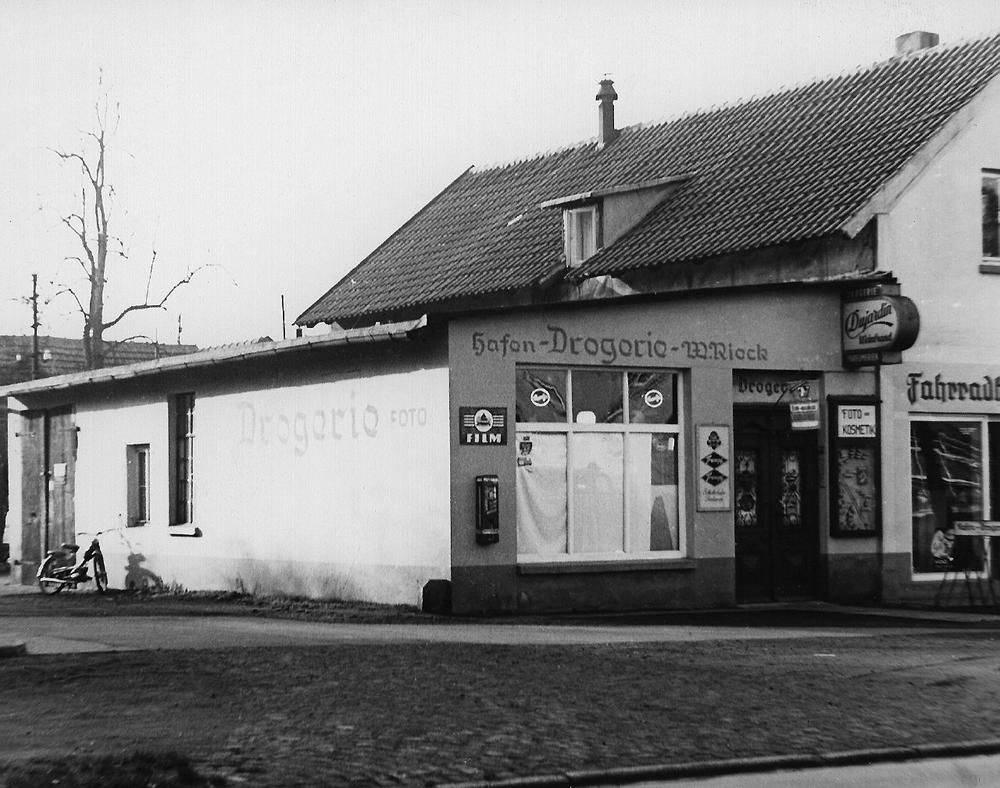 28. August 2020 Firmeninternascent, charging, Copper, eggs, energy, harting, lamps, luminary, market, offshore, refugees, robotics, vde, wind, with
For 75 years now, the HARTING Technology Group has been driving technological change and providing decisive impetus for the future. The vision formulated in 1996 by the owner family "We want to shape the future with technologies for people" remains the guiding star of our entrepreneurial activities. September 1 marks the 75th anniversary of the founding day of the family company. The manufacturer of everyday products such as waffle irons and irons has evolved into a worldwide leading supplier of industrial connection technology for the three lifelines of data, signal and power, a global player fielding innovative products and solutions focusing on Industry 4.0 and digitization.

Wilhelm and Marie Harting opened the "Wilhelm Harting Mechanical Workshops" on September 1, 1945, in a repair workshop covering a good 100 square meters in Minden, Westphalia. After returning from Berlin, where he had held a leading position in a company in the aviation industry, the trained engineer had dared to take the step into self-employment in his home region. Wilhelm Harting initially concentrated on everyday consumer goods, which were in short supply after the war: Immersion heaters, hotplates, energy-saving lamps and electric firelighters that sold like hot cakes. His wife delivered the goods by bicycle in the surroundings of Minden and was paid with bread, bacon, eggs and legumes. For copper and other raw materials the company’s first buyer had set off to Cologne and Wuppertal with his rucksack. The return trip was on a coal freight wagon.

The nascent company had a stand at the first HANNOVER MESSE in 1947 and received numerous orders for alternators, starters, regulators, fuel pumps and ignition distributors. Even back then, Wilhelm Harting, an energetic technician who always focused on the needs of his customers, had his sights set on new applications and markets. The company grew rapidly and needed more space. From 1950 onwards, the company gradually moved to the neighbouring refugee settlement of Espelkamp. The barracks of a former ammunition factory offered enough space for the expanding company and HARTING to provide bread and work for many refugees and displaced persons. By 1955, the company already had 500 employees and was able to double its turnover to 8.6 million D-Mark within a year.

This was the period in which the success story of the Han® connector commenced. The Han® (HARTING standard), patented in 1956 and a registered trademark since 1957, became the standard, the epitome of the industrial connector and laid the foundation for the ascent of the medium-sized company from East Westphalia. In the following years, the Han® modular programme went on to write new chapters of the success story. Thanks to the Han-Modular® series, customers are able to achieve optimal design solutions for the supply of machines, systems and plants. This is enabled by the combination of individual modules for various transmission media – data, signals, power and compressed air – via industrial connector housings in standard sizes. Han-Modular® stands for highly flexible, compact solutions impressing with high functionality and ease of use. Today, the Han-Modular® represents THE market standard for modular industrial connectors.

Challenging years after the death of the company founder

Fielding a wide range of innovative products such as jukeboxes, record players, tape recorders, electromedical equipment, cigarette vending machines and magnets, the family business put in continuous growth. Wilhelm Harting had a keen perception of industry trends at an early stage. He incrementally phased out the product portfolio of the fifties – with the exception of cigarette vending machines – and firmly focused the company on the production of connectors. With this far-sighted decision he created the foundation for today’s company.

Wilhelm Harting died in 1962 at the age of 53. Marie Harting took over the helm – a challenging position – and initially managed the company on her own, before being joined by her son Dietmar as from 1967. In 1969 Jürgen Harting, the second son of the founders, joined the management. He died in 1973 in a tragic accident at the age of only 32 years.

Until 1987, Marie (who passed on in 1989) and Dietmar Harting jointly headed the expanding company. In March 1987, Margrit Harting took up her position as General Manager of the company. At the end of the 1970s, the internationalization of HARTING had set in with the founding of a subsidiary in France. For more than a quarter of a century, Dietmar and Margrit headed the Technology Group, which is on its way to becoming a global company with production facilities in the USA, China, Mexico, Russia, India and Europe, among others. A good 70 percent of sales are now generated abroad.

Committed to the common good

Like the company founders, Dietmar and Margrit Harting are also committed to the region. They support projects, initiatives and associations in the fields of culture, sports, education and science. Margrit Harting, until 2018 also Vice President of the Chamber of Industry and Commerce of East Westphalia in Bielefeld, has received several awards for these activities. She is Honorary Chairwoman of the Philharmonic Society of Eastern Westphalia-Lippe, Honorary Chairwoman of association for the promotion of the Minden-Lübbecke district, Honorary Chairwoman of the Local Cultural Agency Espelkamp, and honorary citizen of Leibniz University Hanover. In 2002 she received the Espelkamp Medal.

For many years, Dietmar Harting was active as a leading luminary in national and international associations and committees, including as President of the German Institute for Standardization (DIN), President of the German Electrical and Electronic Manufacturers‘ Association (ZVEI), member of the Presidium of the Federation of German Industries (BDI), President of CENELEC (European Committee for Electrotechnical Standardization) and Chairman of the German Commission for Electrical, Electronic & Information Technologies in DIN and VDE (DKE). From 1995 to 1998, Dietmar Harting was a member of the "Council for Research, Technology and Innovation" under Chancellor Helmut Kohl and from 2004 to 2006, he was also active as a member of the "Partners for Innovation" initiative of Chancellor Gerhard Schröder and Chancellor Angela Merkel respectively. Several organisations honoured his high level of commitment with honorary membership or honorary presidency. In 2013, the Erich Gutenberg working group bestowed its “Praktikerpreis” (Practitioner Award) on Dietmar Harting.

In 1998, the entrepreneurial couple received the Order of Merit of the Federal Republic of Germany and in 2009 the Federal Cross of Merit First Class. In the same year, the city of Espelkamp acknowledged the Hartings by bestowing honorary citizenship. Dietmar Harting was also honoured with the Lower Saxony Cross of Merit 1st Class in 2004 and has been an honorary doctor of Leibniz Universität Hannover since 2010. In acknowledgement of his outstanding commitment as a designer and promoter of technology, science and business, he was awarded the Karmarsch Memorial Coin of the Leibniz University Society Hanover e.V. in 2019.

Barack Obama thrilled with the HARTING outfit at HANNOVER MESSE

The connections to the neighbouring state of Lower Saxony and to HANNOVER MESSE have been continuously expanded and intensified since the first trade show in 1947. Dietmar Harting was Chairman of the HANNOVER MESSE Exhibitors‘ Advisory Board for many years and also a member of the Supervisory Board and Executive Committee of Deutsche Messe AG. In 2008 he was awarded the Golden Trade Fair Medal.

To this day, the technology group ranks as one of the very few companies to have been present at the trade fair every year without interruption. In 2020, the world’s largest industrial show had to be cancelled for the first time due to the COVID19 pandemic. Chancellors, heads of government, presidents, ministers and other prominent figures regularly gather information on the latest technologies at the HARTING stand. The highlight in 2016 was the joint visit by US President Barack Obama and German Chancellor Angela Merkel. Barack Obama was particularly interested in the yellow HARTING trade fair sneakers. Margrit Harting then sent him a pair to the White House.

Philip Harting has headed the technology group since October 2015

The Board continues to keep a firm focus on the vision formulated in 1996 ("We want to become a global company"). To this end, the expansion of the global network of development, production and sales companies is being consistently driven forward. "We must be close to our customers, see the world through their eyes, know their wishes and needs and develop solutions together with them. If we produce locally, we can deliver promptly," as Philip Harting sums things up. HARTING focuses on the automation, mechanical and plant engineering, transportation and robotics markets as well as on the key topics of Industry 4.0 and digitization. The HARTING Quality and Technology Center (HQT), opened its doors in 2014, where new technologies are developed and tested, and also contributes to the company’s stringent customer orientation. Consequently, the company is following the maxim of founder Wilhelm Harting: "Quality is when the customer comes back and not the product". Customers all over the world are supplied from the advanced, ultra-modern European Distribution Center (EDC), which was inaugurated in 2019.

Challenges and opportunities in connection with e-mobility

HARTING has successfully opened up new markets with its technologies in the core business of connectivity, such as e-mobility and resource-saving power generation. The HARTING Automotive subsidiary develops and produces charging equipment for electric and plug-in hybrid vehicles. HARTING is also making its key contributions to sustainability in the generation of regenerative energy, and has long featured as an experienced and reliable partner to the wind turbine industry. The company manufactures connectors and applications that are predestined for the extraordinary stresses of offshore and onshore plants due to location, environment, climate, corrosion and other environmental influences.

In recent years, HARTING has been increasingly relying on cooperation activities, networks and partnerships such as the MICAnetwork and the Future Alliance for Mechanical Engineering, with which Industry 4.0 and digitization are being driven forward, while shaping and co-determining the networking of processes and objects. The Technology Group regards partner networks as an ideal platform for the further development of Integrated Industry. In this way, the future can be shaped and designed with technologies for people and values created.

The HARTING Technology Group is one of the world’s leading providers of industrial connection technology for the three lifelines of Data, Signal and Power and has 14 production plants and 44 sales companies. Moreover, the company also produces retail checkout systems, electromagnetic actuators for automotive and industrial series use, charging equipment for electric vehicles, as well as hardware and software for customers and applications in automation technology, mechanical and plant engineering, robotics and transportation engineering. In the 2018/19 business year, some 5,300 employees generated sales of EUR 750 million. Founded on 1 September 1945, the company celebrates its 75th anniversary at many trade fairs and events.