Buchempfehlung: The Vesels: The Fate of a Czechoslovak Family in 20th Century Central Europe (1918–1989) 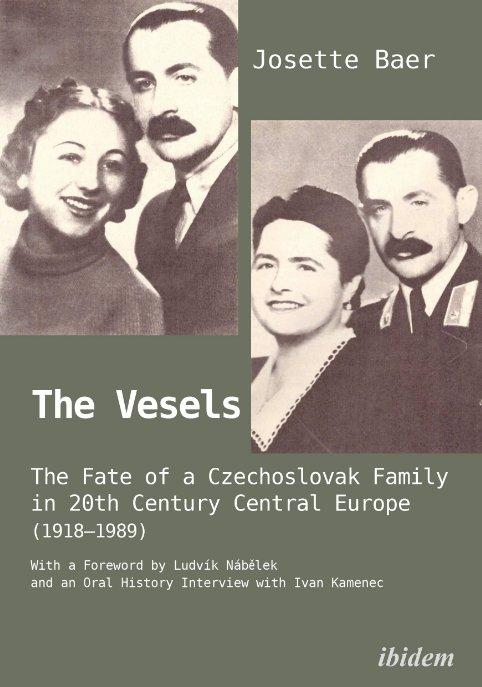 "Josette Baer’s book about my great-uncles, the twins Mirko and Milan Vesel, is the first publication in English about their activities in the Slovak National Uprising in 1944. Baer’s study also presents an analysis of the Vesel family’s attitude towards the social and political changes that took place in Slovakia after 1938. The Vesels were Slovak and Czechoslovak patriots in mind and spirit. As adherents of the democratic legacy of Masaryk and Štefánik and with the support of the members of their large family, the Vesel brothers took arms against the German occupying forces. Mirko, Milan, and their youngest brother Miloš are the only three brothers known to history who all became generals. As pars pro toto of the Slovak anti-Nazi resistance, they should not be forgotten, along with all those dedicated soldiers and partisans and their supporters amongst the civilian population who fought for freedom and justice in the Slovak mountains."—Ludvík Nábělek MD, Banská Bystrica, Slovak Republic

This book deals with the Slovak National Uprising (SNP) that was launched on 29 August 1944 in Banská Bystrica, Slovakia. In the West, the uprising is an under-researched topic in the history of WWII. The Slovak state was an ally of Nazi Germany, but the uprising proved that the population did not share the regime’s ideology. The uprising – which was organized against the organized military uprising, against the incipient occupation of Slovakia by the German Wehrmacht, and against the Slovakian collaborative regime of the Ludakhs under Jozef Tiso – was, along with the Warsaw Uprising, the largest uprising against the National Socialist system of rule and its allies in East Central Europe.