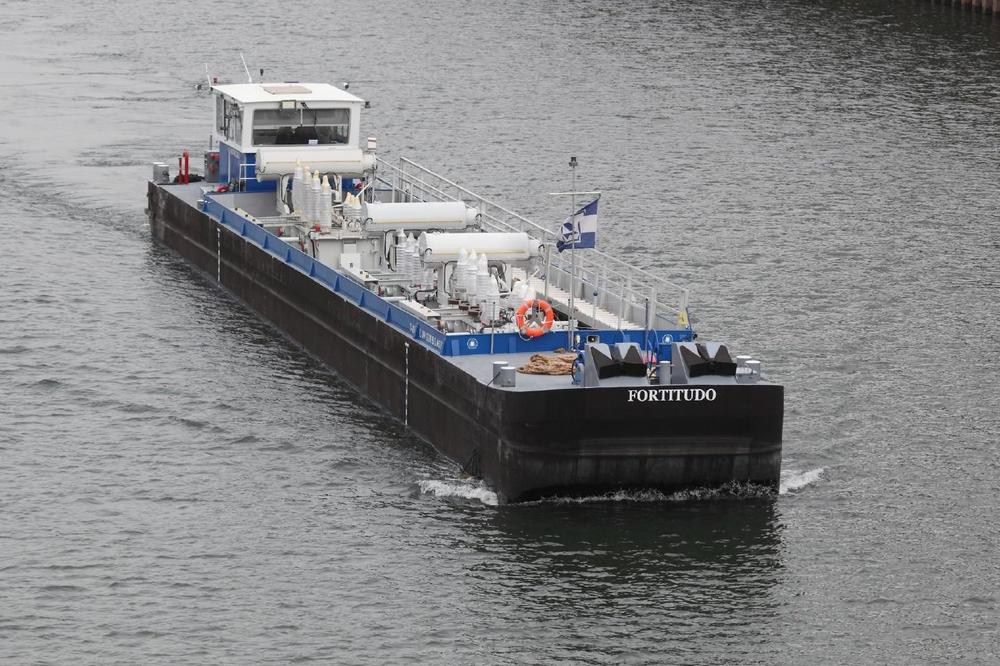 31. März 202131. März 2021 Firma Rhenus SE & Co.Logistikany, board, cargo, energy, logistics, measures, metres, project, rhenus, river, solutions, tonnes, vessel, water, with
The heavy-duty lighter, "Fortitudo", transported three transformers from the port of Duisburg to Saint-Leu d’Esserent in France via several European inland waterways at the end of March. The transport operation took the cargo along rivers and canals in Germany, the Netherlands, Belgium and France. The ordering party is Rhenus Project Logistics, which specialises in shipping project loads and heavy goods.

The route started in the Ruhr region and continued through the Netherlands and along the French/Belgian river Sambre as far as the Oise region to the north of Paris. The heavy-duty lighter, "Fortitudo", which Rhenus has chartered on a long-term basis, is specially designed to transport heavy goods along narrow canals.

The vessel is 39.15 metres long and 5.05 metres wide. Its cargo hold measures 25 by 4.60 metres and it can transport cargo weighing up to 300 tonnes with a draught of 1.90 metres. The lighter has been operating on French canals and cross-border routes since January 2019. Thanks to having its own engine, the "Fortitudo" can pass through locks without any assistance, but it can also be powered by a push boat.

The water-borne shipment was coordinated by the Rhenus Logistics Alsace team in Strasbourg. The three 36 MVA transformers each weigh 40 tonnes and are more than 5.50 metres long. They will be used in the energy sector in future.

"This project load that we organised most recently on board the "Fortitudo", which we’ll be using in the long term, confirms the importance of inland waterways for transporting large and heavy plant components. After the heavy-duty lighter was primarily used in France at the beginning, we’re delighted that we can now extend its operational area to other European waterways," says Anthony Bégrand, Head of Projects and Industrial Solutions France, who organised the shipment.

The Rhenus Group is a leading logistics service provider with global business operations and annual turnover of EUR 5.5 billion. Rhenus has business sites at 750 locations worldwide and employs 33,000 people. The Rhenus Group provides solutions for a wide variety of different sectors along the complete supply chain; they include multimodal transport operations, warehousing, customs clearance as well as innovative value-added services.