technotrans starts the 2021 financial year with revenue and earnings growth 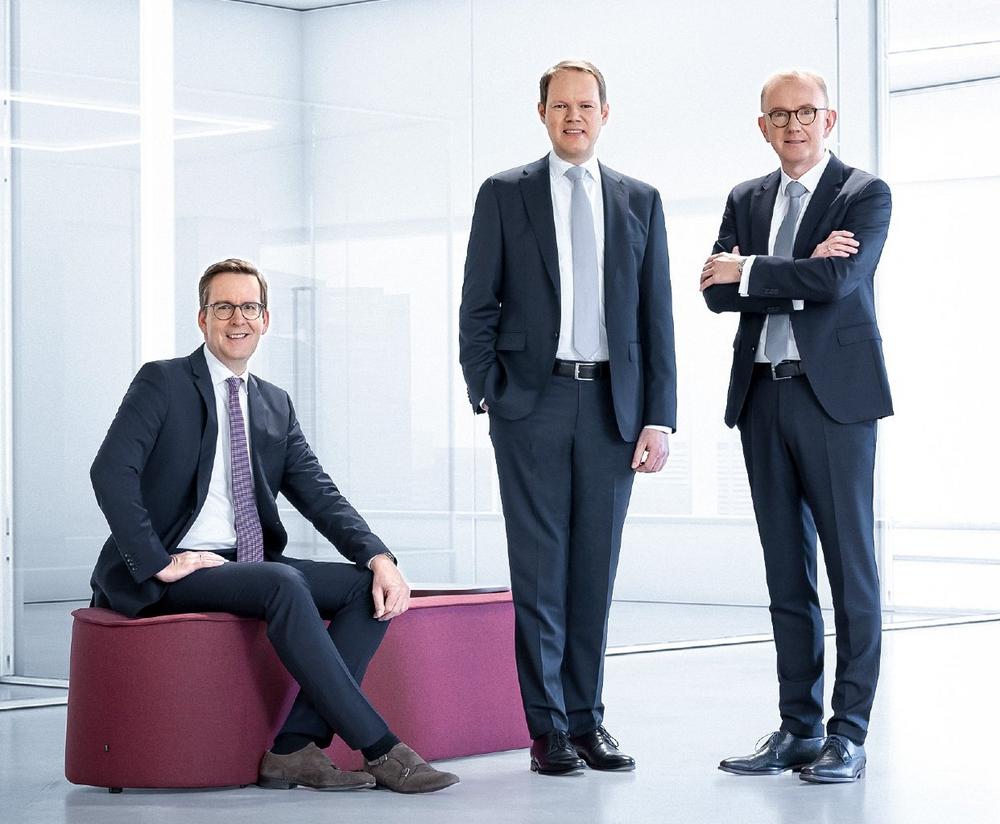 4. Mai 20214. Mai 2021 Maschinenbaubattery, charging, cooling system, ebit, energy, Forecast, growth, laser, packaging, printing, revenue, technotrans
technotrans SE has made a positive start to the 2021 financial year despite the continuing challenges posed by the Corona pandemic. In the first three months, a consolidated turnover of € 52.8 million was achieved. With the increase of 1.3 % compared to the same period of the previous year, this even exceeded the pre-Corona level. Consolidated EBIT increased substantially by 63.2 % and reached € 2.9 million (previous year € 1.8 million). The EBIT margin of the group improved significantly from 3.4% to 5.4%. The Board of Management confirms its forecast for the 2021 financial year of consolidated revenue of € 195 to 205 million with an EBIT margin between 4.5 and 5.5 %.

"With flexibility and innovation, technotrans has found the right answers to the ongoing pandemic-related challenges. We are very satisfied with the business performance in the first quarter under the given general conditions. The structural measures already introduced last year and the strategic realignment ‚Future Ready 2025‘ are having an effect. We are right on schedule," says Michael Finger, Spokesman of the Board of Management of technotrans SE.

The technotrans group realised consolidated revenue of € 52.8 million in the first three months of the 2021 financial year, which was 1.3 % up on the previous year’s figure of € 52.2 million. Consolidated EBIT reached € 2.9 million in the first quarter (previous year: € 1.8 million). The 63.2 % increase proves the effectiveness of the structural and strategic measures introduced. The EBIT margin developed as expected – also due to the increased fixed cost degression – from 3.4 % to 5.4 %. ROCE has also improved and reached 9.1% at the end of the first quarter, being 1.6 percentage points above the previous year. As at March 31, the group achieved a consolidated net profit of € 1.9 million. The increase of around 67% is reflected in earnings per share of € 0.27 (previous year: € 0.16).

As expected, the asset and financial situation also developed solidly. The equity ratio remained in line with the target at 51.9% despite an extension of the balance sheet as at the reporting date (December 31, 2020: 53.6 %). Net debt decreased by 20.8 % to € 17.1 million in the first quarter. The group was able to meet all its financing requirements for the first quarter from its operating business. Accordingly, technotrans generated a positive free cash flow of € 4.9 million, a sharp improvement on the negative prior-year figure of € -2.1 million.

Profitability generated in both reporting segments

The target markets according to the group strategy "Future Ready 2025" developed positively in the first quarter, as expected. Healthcare & Analytics realised an increase in revenue of more than 40 %, driven in particular by sales of cooling systems for analytical equipment and baggage scanners. The newly created Energy Management segment (electromobility, high-power charging stations, data centres) generated growth of more than 10 %, especially in rail transport, due to the increasing demand for temperature control devices for traction batteries, so-called Battery Thermal Management Systems (BTMS). As a building block for future growth, technotrans also acquired two significant series orders via BTMS for electric trains in Europe in the period under review, with a medium-term order volume in the seven-figure range.

The focus market Plastics also recorded double-digit sales growth of around 10 %. Here the technotrans engineers scored with a newly developed generation of temperature control units. Positive impulses were also generated by the film extrusion business, among other things due to the increased demand for packaging for medical and hygiene products.

The Laser & Machine Tool Industry remained an important business area. While revenue of cooling systems for classic laser applications declined, the strategic focus on the project business in the metal and forming industry generated additional revenue potential. Overall, revenue in this area was on a par with the previous year.

Revenue of € 16.8 million was achieved with customers in the printing industry, being 13.1% below the previous year. The pandemic-related investment restraint continued and could not be compensated by the moderately increasing service business. In total, the Print segment’s share of group revenue fell by 5.3 percentage points to 31.7%.

Based on the raised forecasts of leading institutions such as the IMF and VDMA, as well as the positive business performance in the first quarter, the Board of Management also expects an increasing recovery in the further course of the financial year and hopes for a sustained trend reversal in the relevant markets. This assessment assumes that no new setbacks will occur in the pandemic response.

The structural measures already implemented in the previous year showed first successes in the reporting period, both on revenue and profitability side. All other steps initiated on the basis of the "Future Ready 2025" strategy for the 2021 financial year, such as the merger of individual group companies, are on schedule.

The order situation is also encouraging: The book-to-bill ratio of 1.1 at the end of the quarter indicates growth. The Board of Management expects further impetus in the following months, especially from the target markets Plastics, Energy Management and Healthcare & Analytics. Provided the picture in the print sector actually brightens, as forecast by the industry, technotrans‘ revenue situation will also stabilise here. The Laser & Machine Tool Industry market, on the other hand, remains demanding. technotrans puts the focus on customers with individual requirements in order to make the best possible use of its strength as a competent systems partner.

"Following the positive start to the year for the technotrans group, we are optimistic and confident about the rest of the year. We will continue to consistently drive forward the ‚Future Ready 2025‘ strategy," says Michael Finger.

technotrans SE is a global technology and service group with its headquarters in Sassenberg in the German Münsterland region. Its application-specific thermal management solutions are the core competence of the company. This also includes the energetic optimisation and control of the temperature of sophisticated technological applications. With 17 sites, the company has a presence in all the major markets worldwide. technotrans SE is among others active in the sectors plastics, energy management (including e-mobility, high power charging stations and data centres), healthcare & analytics, print as well as the laser & machine tool industry. In addition, technotrans offers a wide range of services including, for example, construction site installations, maintenance, repairs and 24/7 spare parts supply. As of 2021, the individual companies of the group – technotrans SE, gwk Gesellschaft für Wärme Kältetechnik mbH, termotek GmbH, klh Kältetechnik GmbH and Reisner Cooling Solutions GmbH – are unified under the technotrans umbrella brand. An exception is gds GmbH, with its headquarters in Sassenberg, as a full-service supplier of technical documentation services which will remain a separate brand within the group of companies. technotrans SE is listed on the Prime Standard segment (ISIN: DE000A0XYGA7 / WKN: A0X YGA) and has a global workforce of more than 1,400 employees. In the 2020 financial year, the group generated a turnover of € 190.5 million.