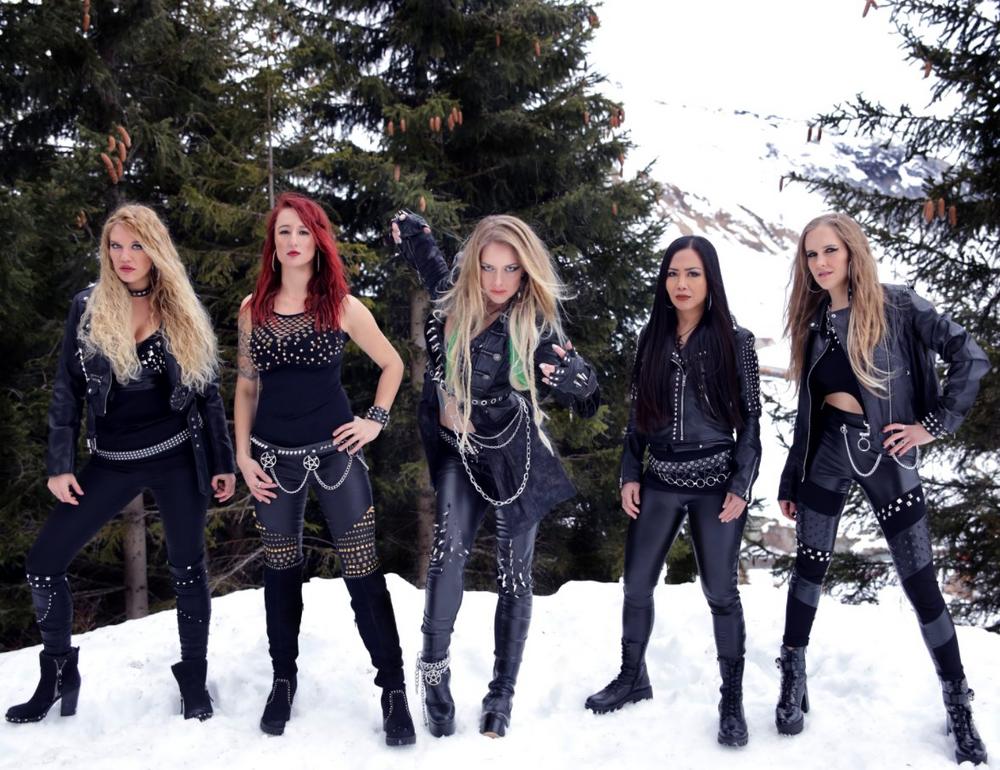 9. Juni 20219. Juni 2021 Firma Nuclear Blast Tonträger Produktions-und VertriebsMusikalbum, classic, coven, diver, grand, magic, metal, new, quothall, real, swiss, week, witches, with, world
On May 28th, 2021, BURNING WITCHES released their fourth full length, "The Witch Of The North", which was praised by international media as their best work to date. And fans seem to like it as well: the album entered album sales charts all across Europe and was able to secure some of the best rankings BURNING WITCHES have had in their career so far.

Here is an overview of official chart results:

BURING WITCHES comment:
"It was a crazy release-week of our new record “The Witch of the North” – reactions have been real fantastic! A big thanks to everybody that bought or streamed the album and supported the band. You are the BEST!!!"

BUY / LISTEN TO THE ALBUM:
http://nblast.de/BW-WitchOfTheNorth BURNING WITCHES
THE WITCH OF THE NORTH
Release Date: May 28, 2021

Burning Witches – "We Stand As One" (Official Video):
https://youtu.be/CSGMHgp_kuM

Few bands in recent memory have established themselves as quickly as BURNING WITCHES, and few are able to write such timeless, grand tunes with somnambulistic ease; carrying Judas Priest in their hearts without becoming overly nostalgic, whilst rapidly developing their own unique voice. "We’re not really into bigger experiments," confesses guitarist and main songwriter Romana. "We’re all burning for classic metal like Maiden, Priest and Slayer. For me nothing’s better than this kind of music, so Burning Witches will always stay true to themselves."

Now, the Witches opened a particularly gripping page in their grimoire: an album forged in the fires of a pandemic, created with patience, finesse and pitch-black lifeblood during a time in which even the Swiss/Dutch coven had to retreat into the isolation and quietness of the dark woods. Right there they hatched new spells and new ways of weaving their potent magic into the world. For Freya, for the druidesses, for the witches as past, present and future.

Several recording sessions with Swiss metal legend V.O. Pulver and their producer, thrash titan Schmier (Destruction), at the end of 2020, enabled this foremost incarnation of the band to take their explosive heavy metal to new heights. With "Circle Of Five," "We Stand As One" or the title track there’s an ample amount of rousing, blistering hymns; but for BURNING WITCHES – and you can call that old fashioned if you like – it’s the album that counts, from its intro up to the concluding cover song.

Speaking of cover songs: after "Holy Diver" and "Battle Hymn" this time sees "Hall Of The Mountain King" by the mighty Savatage – including guest solos by Chris Caffery – what a choice, what a rendition!

"The Witch Of The North" sounds unleashed and completely rounded. We’re looking at five pure musicians that have sought and finally found each other.

This coven can’t be stopped by prejudice, nor by stakes, nor diatribes. The era of the Witches has begun. And anyone who won’t join this black magic circle will bitterly regret it for all eternity.