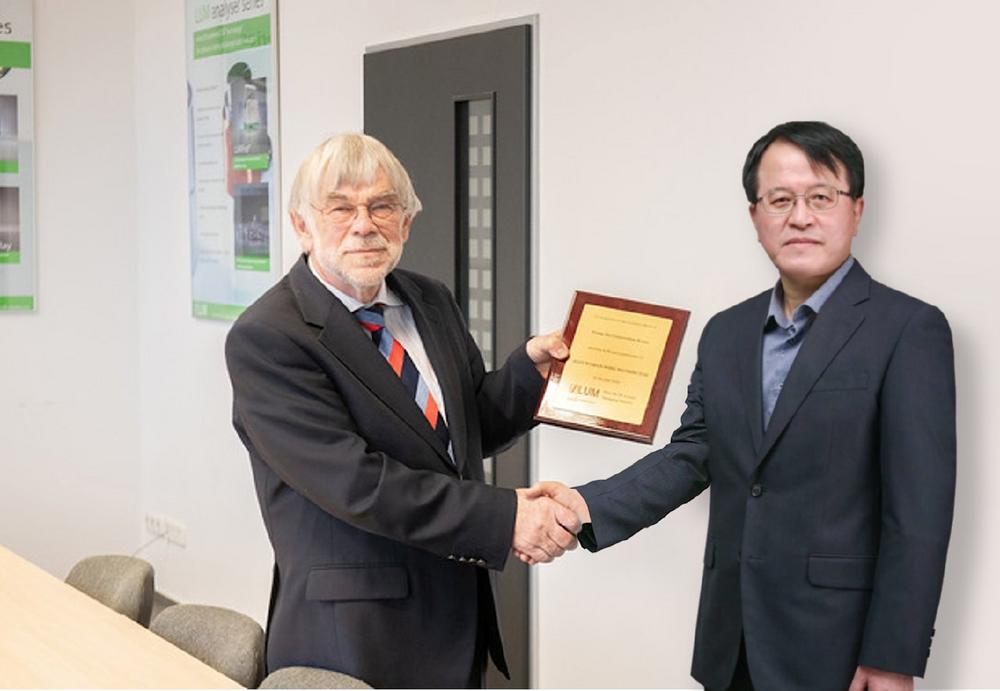 25. Januar 202225. Januar 2022 Firma LUMEventsadhesive, battery, company, conference, devices, hybrid, hydrogen, lum, lumisizer, nano, new, pharmaceutical, research, vaccine, with
From January 20th to 21st, the International Sales Meeting of LUM GmbH took place for the 23rd time in a row. Despite the ongoing pandemic, the traditional face-to-face event could be held in a hybrid variant. The sales experts from LUM GmbH from Berlin and Paris welcomed the distributors from Great Britain and Spain live in Berlin. The intensive professional exchange and the first training on devices of the new LUMiSpoc® product line laid the basis for their successful marketing in the United Kingdom, Ireland, Spain and Portugal in addition to the countries around the world served directly by LUM and its subsidiaries.

The LUMiSpoc is a sophisticated single particle light scattering photometer that determines the particle size distribution and particle concentration of nano and microparticles in suspensions and emulsions with an unprecedented resolution and a dynamic range from 40 nm to 10 µm. Up to 10,000 particles can be analysed per second. The first devices have already been handed over to a global pharmaceutical company in the EU for the development of a corona vaccine and to well-known national academic institutions.

The LUM Sales Community, which serves more than 50 countries, exchanged views via video conference on the use of particle sizers (LUMiSizer) and adhesive strength measuring devices (LUMiFrac) in battery and hydrogen research, which is being implemented worldwide with increasing priority in academic and industrial areas due to climate change. Furthermore, current sales issues in the individual countries were discussed. For 2022, the external partners are optimistic about the future and are already competing for the title of Best Distributor, which is to be inherited from the Young Jin Corporation (Korea), which was awarded in 2021.