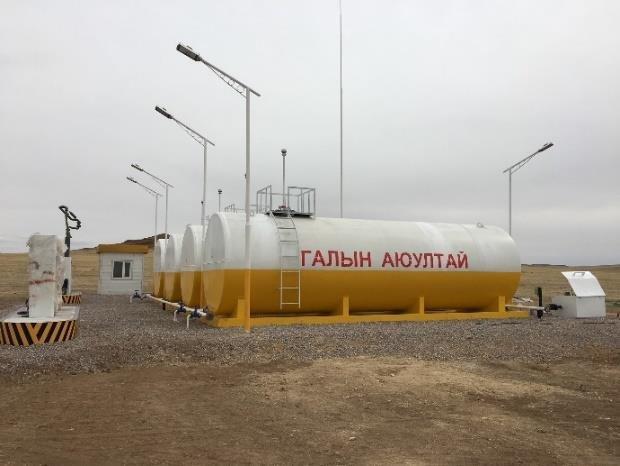 – Designed by Knight Piesold. (Highly experienced HL designers).
– Stage 1 consists of 2 cells, drainage corridor and ponds.
– Stage 1 cells requires very little cut and fill as the site has a natural 1-1.5 gradient slope.
– Stage 1 cells can contain 600,000 tons of ore. (This is more than sufficient room to stack through the first winter before stage 2 construction commences).
– Stage 1 operation requires 53m3/hr of water. (Nearby water source is greater than 200m3/hr).
– Ore will be crushed to 25mm (3 stage jaw and cone crushers).
– The ore will be truck stacked. (Less than 500m from the crusher to the leach pads).
– The process is a standard ADR plant. (6 carbon columns containing 5 tons in each column).
– Gold and silver bars will be produced onsite.

Between July and November 2018, Steppe Gold will complete all construction and commissioning on:

Steppe Gold is a precious metals exploration and development company with an aggressive growth strategy to build Steppe into the premier precious metals company in Mongolia. The Company owns the advanced staged Altan Tsaagan Ovoo (ATO) Gold Project, where three drilling rigs are currently undertaking exploration and development drilling. Construction of the ATO mine and heap leach project has commenced and the company expects initial annual production of 40,000 oz Au Eq per year with cash costs of sub US$350 per oz. The ATO project is being delivered for a CAPEX of sub US$20m.

Mongolia is open for business, pro mining development and one of the last great frontiers where giant mineral deposits can be found and developed.