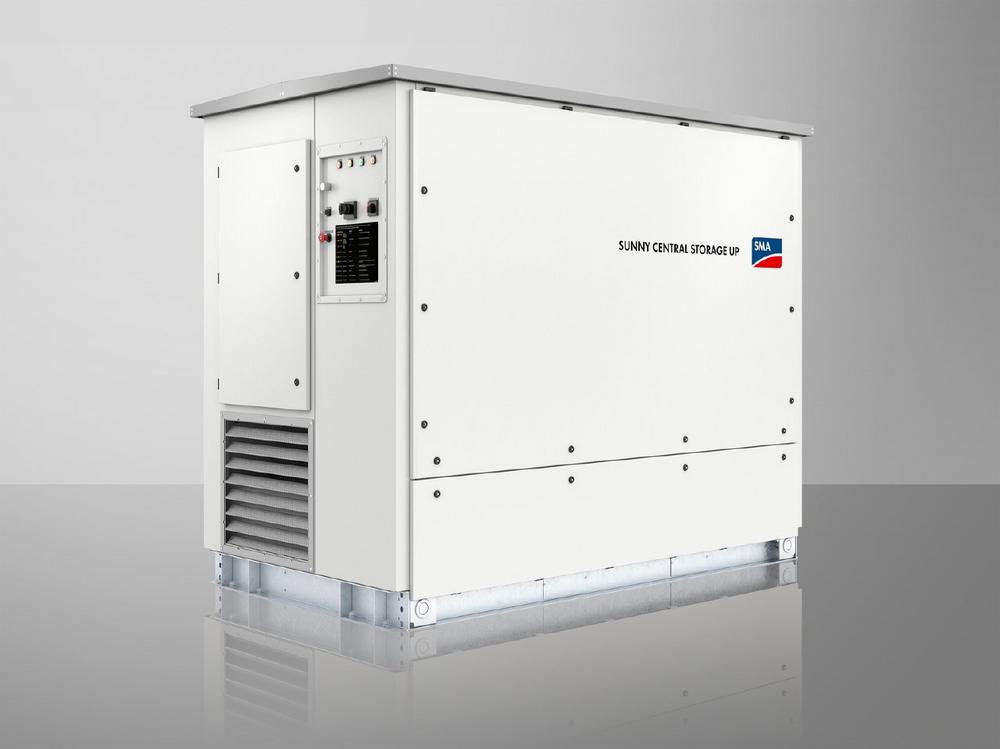 “This year is SMA’s 40th anniversary, which makes SMA the longest standing PV system technology brand in the world. SMA has always focused on new ideas and technology. To be selected to supply to the world’s largest grid forming storage project vindicates our focus on innovation. It is also significant that we have been selected alongside Wärtsilä, with whom we have worked together successfully in markets all over the world,” said Marko Werner, Executive Vice President Global Sales Large-Scale Storage at SMA.

The flexible capacity provided by Wärtsilä’s advanced ESS which includes 109 SMA MVPS-SCS4200, provides an efficient means for balancing the supply of energy from renewable sources, thereby maintaining the stability and reliability of the grid. The SMA MVPS-SCS4200 is a turnkey solution for large-scale storage systems. With the power of the new robust central storage inverters, the Sunny Central Storage UP, and with perfectly adapted medium-voltage components, it offers even more power density and is available worldwide. Energy storage technology will play a key role in the Australian energy sector’s transition from conventional fossil fuels towards cleaner, renewable energy.

The Wärtsilä system will operate initially in grid-following mode before switching at a later date to grid-forming mode (synchronous generation—VSG), making it the largest energy storage solution capable of operating in this mode. This will enable very fast response times and will future-proof the Torrens Island facility. The complex solution is supported by Wärtsilä’s advanced GEMS Power Plant Controller and energy management software.

“The Torrens Island project has implications globally; Australia is among the leading countries in the world when it comes to high levels of renewable energy feeding into the grid at particular times of the day. By proving that SMA technology can provide stability to the grid, we will enable smoother transition from traditional generation sources towards grid dominated by renewable energy. We are looking forward to working closely with the Wärtsilä team, leveraging our extensive local experience to ensure this project is a success for all,” commented Joshua Birmingham, Director of Large-Scale & Project Solutions at SMA Australia.

“This is a landmark project, and we are proud to have been selected as the ESS provider. Renewable generation is growing rapidly in South Australia, and the flexibility of our technology and the in-house experience we bring, can together be instrumental in maintaining a reliable and affordable electricity supply for South Australian consumers – both household and business – for years to come,” said Sushil Purohit, President, Wärtsilä Energy.

The Torrens Island system will be delivered by Wärtsilä on a full engineering, procurement, and construction (EPC) basis, and designed to provide grid-support capabilities to AGL’s asset portfolio. It is expected to become operational in the early part of 2023.

AGL is an integrated essential service provider with electricity generation capacity of more than 11,000 MW, representing approximately 20 percent of the total generating capacity within Australia’s National Electricity Market (NEM). AGL is planning to construct up to 1 GW of grid-scale energy storage across Australia.

As a leading global specialist in photovoltaic and storage system technology, the SMA Group is setting the standards today for the decentralized and renewable energy supply of tomorrow. SMA’s portfolio contains a wide range of efficient PV and battery inverters, holistic system solutions for PV and battery-storage systems of all power classes, intelligent energy management systems and complete solutions for PV diesel hybrid applications. Digital energy services as well as extensive services up to and including operation and maintenance services for PV power plants round off SMA’s range. SMA inverters with a total output of more than 100 gigawatts have been installed in more than 190 countries worldwide. SMA’s multi-award-winning technology is protected by more than 1,600 patents and utility models. Since 2008, the Group’s parent company, SMA Solar Technology AG, has been listed on the Prime Standard of the Frankfurt Stock Exchange (S92) and is listed in the TecDAX index.