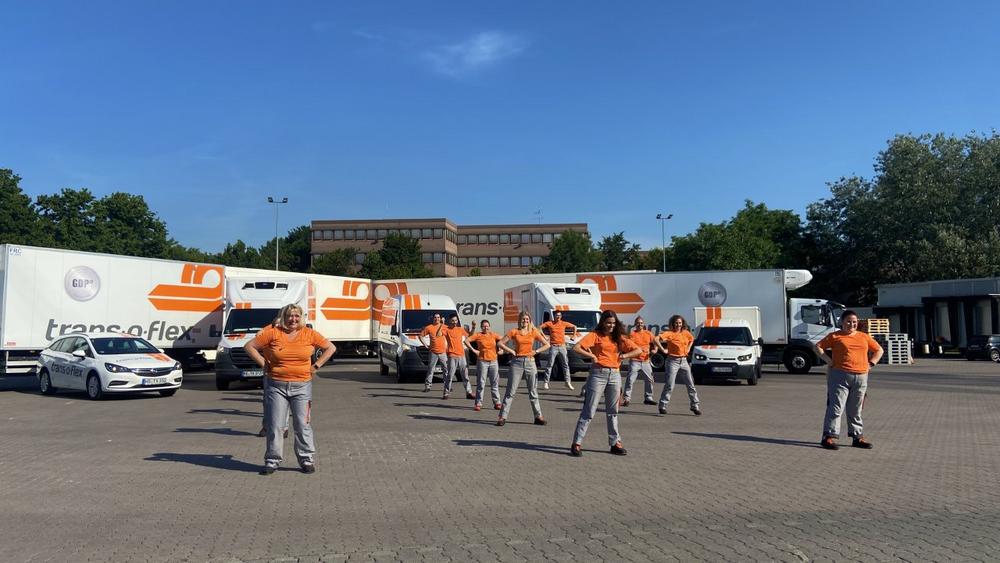 28. Oktober 20219. November 2021 Logistikalbeck, carbon, ebitda, eurodis, express, flex, logistics, market, networks, new, returnable, shipments, trans, vehicles, with
trans-o-flex’s Expressdienst, which specialises in logistics solutions for pharmaceuticals and other high-value, sensitive goods, will be exactly 50 years old on Saturday, 30 October 2021. The company is celebrating its golden jubilee together with all employees at all of its sites nationwide. On Tuesday, 2 November, there will first be an online event from the headquarters in Weinheim, which will be broadcast to all the sites. Afterwards, each site will continue to celebrate offline. "We are proud of our 50-year history, during which we have established ourselves as the market leader for temperature-controlled pharmaceutical logistics in Germany," says Wolfgang P. Albeck, CEO of trans-o-flex, on the occasion of the anniversary. "This is primarily thanks to our employees. Their dedication and know-how, their ideas and their customer-oriented service have brought trans-o-flex to where we are today. With our unique logistics network and decades of experience in shipping temperature and time-sensitive goods, we believe we are very well positioned to further expand our market share. Individual customer service and excellent quality will continue to be the focus at trans-o-flex in future."

trans-o-flex has its origins in pharmaceutical wholesale. Founded on 30 October 1971, trans-o-flex operated as the umbrella brand of a group of interested parties that wanted to make fast and reliable direct delivery to pharmacies a reality. To this end, five forwarding companies from Germany joined forces and so founded the first nationwide "Schnell-Lieferdienst" (express delivery service) for pharmaceuticals in Germany. To ensure greater flexibility than standard transport networks, the company relied from the outset on an integrated transport network that could transport goods both in packages and on pallets safely and reliably.

From 1988 onwards, trans-o-flex offered warehousing, order picking and individual value-added services in addition to just transport. These services were directly linked to the transport network from the very beginning so that customers could benefit from particularly late ordering times, maximum transparency and convenience.

The company placed great emphasis on sustainability early on. By way of example, trans-o-flex launched the first returnable shipping container on the market in 1990. Under the EURODIS brand, the company also established an independent Europe‑wide distribution network with foreign subsidiaries and European partners in 1993. By combining national and international consignments, the utilisation of the vehicles could be increased and the carbon footprint reduced. Over the years, the company has grown continuously and expanded its service portfolio. In 2006, for example, trans-o-flex actively introduced temperature-controlled shipments between 2 and 8 degrees Celsius throughout Germany, and later also between 15 and 25 degrees Celsius. After the company recorded sales of more than 500 million euros for the first time in 2007, Österreichische Post AG took over full ownership of trans-o-flex as of 2008.

Today’s majority shareholders Schoeller Group and Amberger Group joined trans-o-flex again in 2016, after the two logistics experts had already been shareholders in the company for around two years back in the 1990s. In Wolfgang P. Albeck they found an experienced logistics manager who is consistently developing the company in the direction of a premium express service provider for the healthcare, cosmetics, consumer electronics and other sensitive goods sectors. Since Albeck took over the management, trans-o-flex has been operating sustainably in the black and most recently achieved earnings before interest, taxes, depreciation and amortisation (EBITDA) of 31 million euros for the first half of 2021.

Due to its specialisation and quality approach, the company sees itself in an excellent position to grow strongly both nationally and internationally in the future. "Not least the coronavirus pandemic has once again underlined how vital it is to have reliable temperature-controlled transport of medicines," says Albeck. In November 2020, trans-o-flex was appointed partner of the civil emergency supply services for road traffic in the Federal Republic of Germany due to the efficiency of its transport and logistics networks and its significant position in the German pharmaceuticals supply chain.

The company expects that megatrends will further promote the growth of trans-o-flex. These include demographic change, digitalisation in the healthcare market, the development of special medicines for new therapies and regulatory requirements in Europe that will permanently lead to higher quality requirements in temperature-controlled logistics.

trans-o-flex’s core areas of expertise are logistics solutions for the healthcare, cosmetics and consumer electronics industries and other high-end, sensitive goods. The company has built up transport networks to carry goods throughout Germany and Austria at 15 to 25 degrees Celsius or 2 to 8 degrees Celsius actively temperature-controlled and documented in accordance with EU regulations for healthcare transports. These EU-GDPs require the highest standards for safety and security, cleanliness, reliability and transparency, from which all trans-o-flex customers benefit. trans-o-flex operates internationally via the networks EUROTEMP (temperature-controlled logistics) and EURODIS (in 36 European countries). In contrast to parcel and groupage services, trans-o-flex delivers parcels and pallets on a consolidated basis. trans-o-flex Express offers numerous express and time-slot deliveries, special services such as hazardous goods transportation (without minimum quantity regulation), consignment consolidation and direct deliveries. The range of services is complemented by warehousing, order picking and individual value-added services such as serialisation and deserialisation of pharmaceuticals. This means that the company covers the entire logistics chain from procurement through to fulfilment. The annual turnover of the trans-o-flex companies, which employ a total of around 1,954 people (FTEs, end of 2020), amounted to around 515 million euros in 2020. More information is available at https://www.trans-o-flex.com/